Big bore Harley fans are in for a treat this spring with the introduction of two new hot rods featuring 1801cc versions of the iconic air-cooled V-twin motor.

Twenty grand could see you riding off on the Seventies-inspired CVO Pro Street Breakout when it hits showrooms in March. 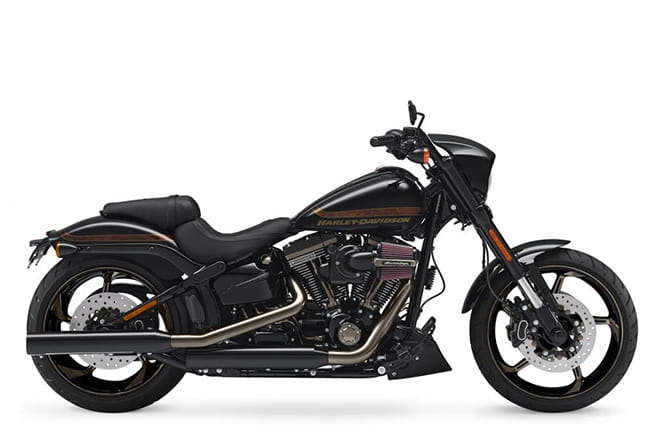 A product of the Motor Company’s Custom Vehicle Operations (CVO) division, the drag styled machine has raided the power parts cupboard in Milwaukee. In true Harley-Davidson style, no power figures are quoted, but with 110 cubic inches throbbing away, you just know it’s going to be grunty – 151Nm of All American grunt according to the official numbers.

Designated the ‘Screamin’ Eagle Twin Cam 110B’, it is the most-potent Harley-Davidson production air-cooled engine ever made and features black blunt-cut mufflers, K&N style air filter and slipper clutch.

The chassis gets new 43mm upside down forks and, being a CVO special, there’s a typically trick black paint job that looks pretty special in the photos and will no doubt look even cooler in the metal. With cast wheels and bikini fairing (or 'speed screen' as H-D dub it), the look of the CVO Pro Street Breakout harks back to the troubled AMF era Harleys of the Seventies, albeit with the better build quality and more modern technology that epitomise the current range.

If the CVO Pro Street Breakout doesn’t float your boat, or sinks your bank account, then the Low Rider S gives a more simplified slice of Seventies style for a fiver less than £15k. 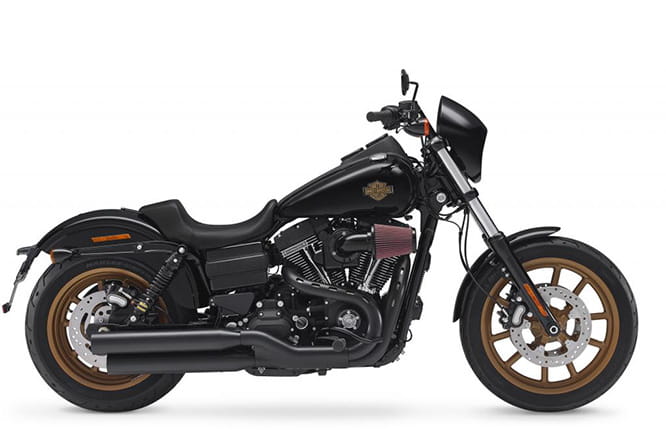 The press pack hyberbole declares that ‘the new Low Rider® S motorcycle takes the FXR legacy to the dark side’ with ‘its black stripped down silhouette, enhanced handling and powerful engine are the redefinition of Harley-Davidson performance.’

What you’ve got is a classic looking Seventies style single seat cruiser in a timeless black with gold wheel combo. As the name suggests, the rider sits just 26.6” from the tarmac, making it one of the lowest bikes on the market, while that 1801cc motor pumps out a claimed 156Nm of torque, 13% up on the standard Low Rider, through the six-speed gearbox. There’s 49mm front forks, a twin-disc ABS set-up and more style and bad-ass biker cred than you can shake a stick at.

They might not be everyone’s cup of tea but, if cruising’s your thing, these are the real deal.

What do you think of the new Harley-Davidsons?  or