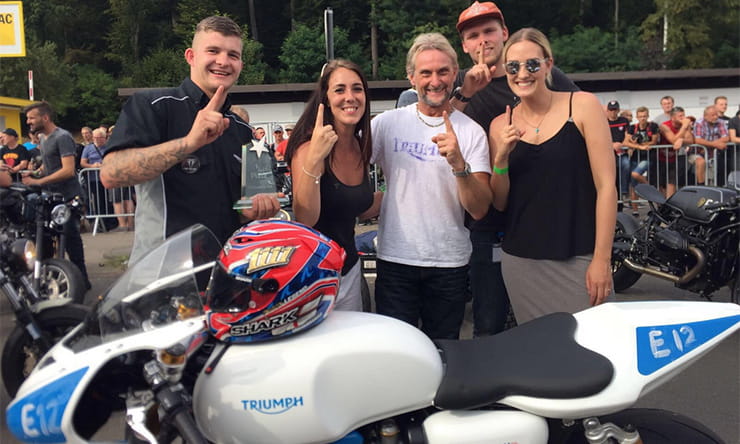 2014 King of the Jungle Fogarty raced the specially built machine on the 1/8-mile course at Glemseck 101. Part sprint meeting and part design competition, the bikes are strictly bound to two cylinders only with an engine capacity of no more than 1200cc. No wheelie bars or extended swing-arms are permitted. All this means that the skill of the rider to launch the bike off the line smoothly and quickly is key to a good time and with only 200 metres to cover, the rider would struggle to mount a comeback after a fluffed gear change or a front wheel that races skyward.

The Triumph Fogarty raced was custom built to excel at a short sprint event and used an off-the-shelf Rotrex Supercharger, fuel injectiors from the Thunderbird, custom maps all helping it to achieve 140bhp – a 60% increase over the standard model. Read the full spec and bike review HERE. 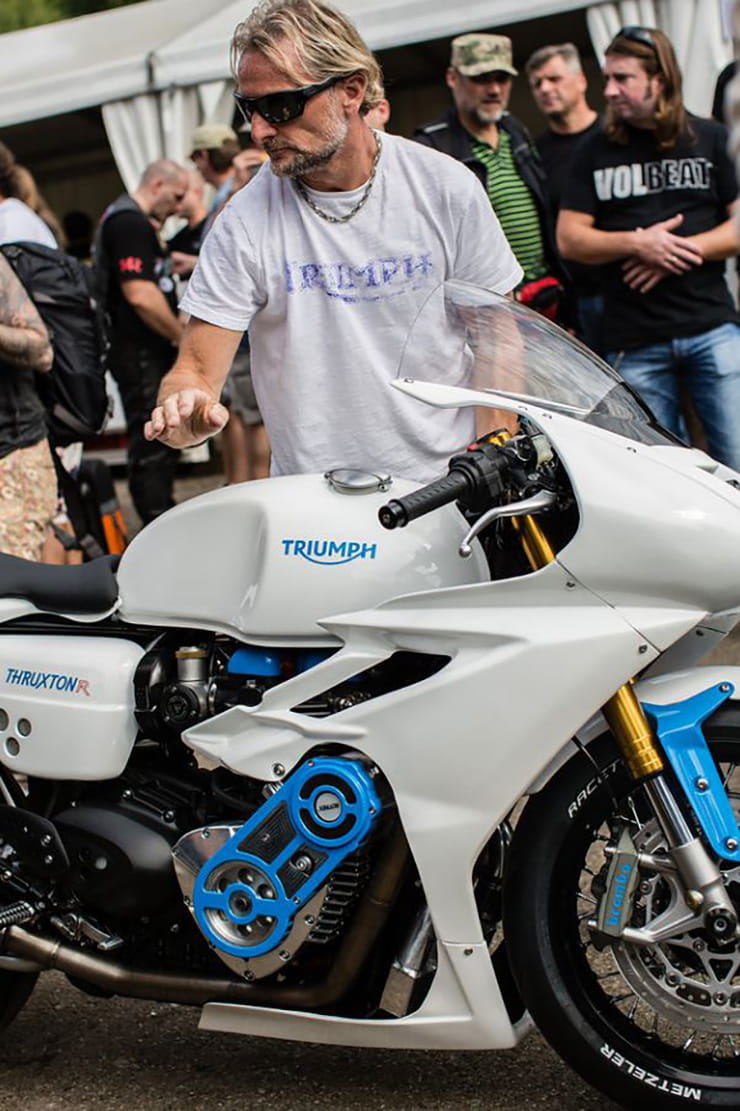 The event was attended by some of the great and the good of the motorcycling world including Harley-Davidson, Suzuki, Moto Guzzi and Kawasaki with their record breaking H2R.

Fogarty had this to say after his run, “It’s the first time I’ve entered a race like this and it’s been a lot of fun. The team at Triumph did a brilliant job, the bike performed really well and I couldn’t be happier with the win. It’s always good to be on the top step of the podium!”

Triumph took two supercharged bikes to the event, ‘The White Bike’ Fogarty rode and ‘The Bulldog’ - a mean streetfighter version in matt black - ridden by journalist from German publication 1000PS, Christophe Lentsch who was knocked out in the heat stage by a custom Moto Guzzi.