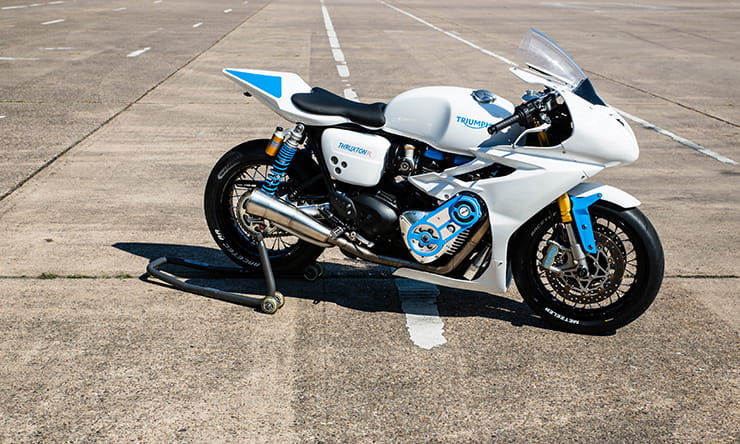 Triumph have let their in-house factory development team loose once again and created not one but two very special versions of their popular Thruxton R, both fitted with superchargers increasing BHP by 60%.

The two-bike project was the brainchild of the German arm of the British brand and relates to their sponsorship of a sprint-style event in Germany this weekend called Glemseck 101:Essenza taking place near Stuttgart.

Both bikes use an enhanced version of the same standard 1200cc, parallel twin that can be found in the new-for-2016 Thruxton R. The main difference of course is the addition of an off-the-shelf Rotrex supercharger which takes the power up from 96 bhp to 139 bhp and increases torque from 112 Nm to 157 Nm.

The two bikes differ in their aesthetic appearance, one nicknamed ‘The White Bike’ has been designed to resemble a Grand Prix machine by using a modified faring from a Daytona 675. While ‘The Bulldog’ is more reminiscent of a café-racer style Thruxton. 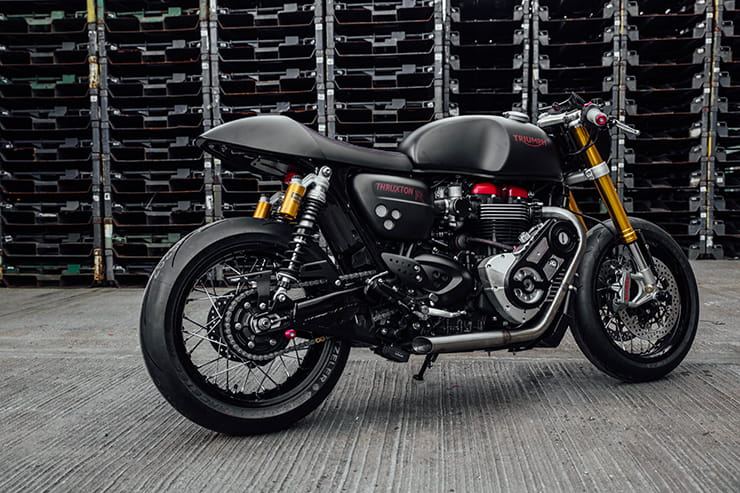 Here are the upgrades over the standard road-going model:

While The Bulldog has: 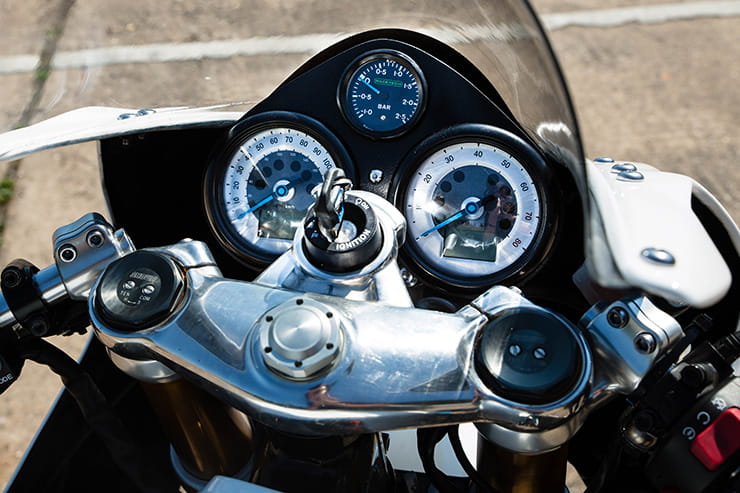 The Glemseck 101 event has very basic entry regulations but the competition is based on a head-to-head series of rounds, knock-out style, so as soon as a competitor loses, he or she is out. The entry regulations are fairly simple; the bike must be a twin cylinder, 1200cc with a standard swinging arm. That’s it.

Bike Social was invited along to the shakedown of The White Bike at a private airfield this week and even though the clutch didn’t last very long curtailing testing and development time, we grabbed a word with Christophe Lentsch who will ride The Bulldog. Lentsch is the Editor of German motorcycle publication, 1000PS and an experienced racer.

“Normally, if you bring the revs to 5-7000 rpm before dropping the clutch, you can regulate the bite but with this bike it’s more sensitive, you have to be around 3,500rpm and you cannot be any more than 500rpm either side because if you wheelie then you’ve already lost!”

“I heard the supercharger all the time, chirping all the time but I think the gearbox needs some work because 1st gear will only go to 45mph and by the time I reached 1/8th mile marker I was already in 5th gear.”

“I’m absolutely honoured and very excited to be involved with this project. For me, it’s completely new, everybody’s ridden on a race track but if you don’t have a good start normally you can make it up but not with this event.” 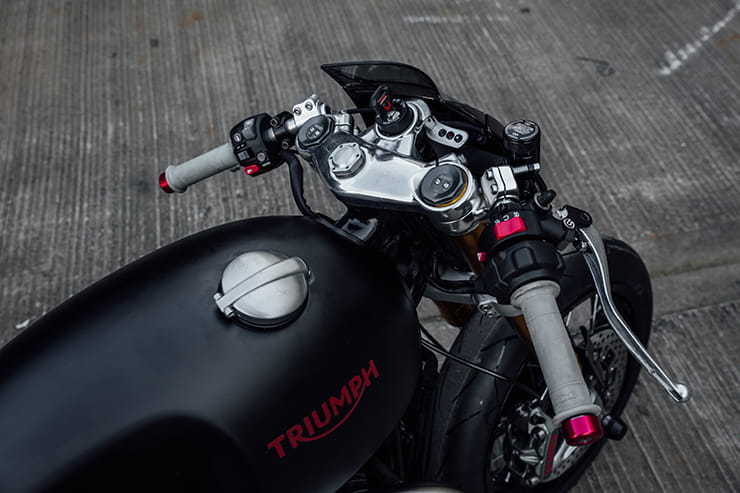