More than 230 motorcycles will be up for auction at the International Classic Motorcycle Show, Staffordshire County Showground over 23rd and 24th April and we’ve picked out three highlights.

Before the likeable lad from Lincolnshire was a regular on our TV screens Guy Martin used to concentrate on racing motorcycles. 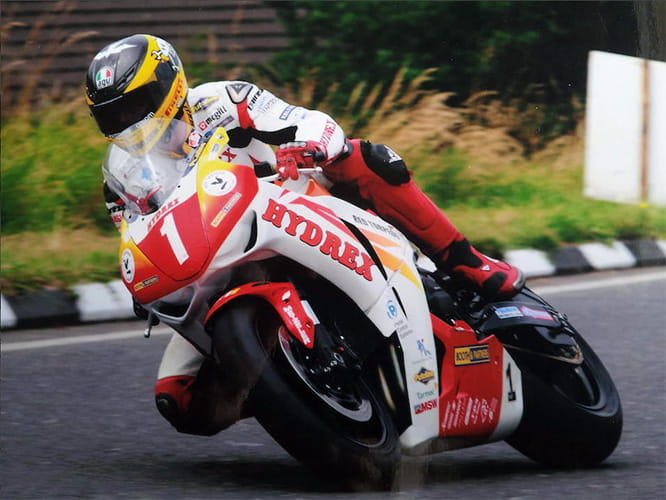 This Honda Fireblade 1000 was raced by Guy over the 2008 and 2009 seasons. The Hydrex sponsored Honda was campaigned in the Superstock class at BSB rounds. The Fireblade also did battle on Guy’s favoured surface, the roads. He achieved a podium in the 2008 Isle of Man Superstock TT, bringing the Blade home in 3rd place, he bettered that in 2009 when he went one better and finished 2nd in the same event.

Being a Superstock spec machine means it’s not too far removed from a stock machine in specification, making it the ultimate track day tool for that Guy Martin fan! If that’s you then get bidding; the machine is up for auction at the Spring sale held by Bonhams at Stafford on the 24th April, full details on this and all other lots here…www.bonhams.com/auctions 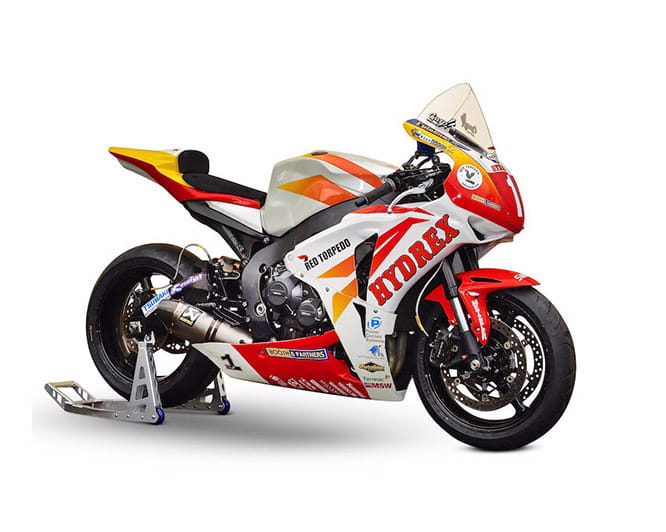 There’s been thousands of motorcycle racing accidents over the years but if there was a top 10 of all time memorable moments Barry Sheene’s tyre blow out at Daytona in 1975 would be in with a serious shout of being in the top slot. 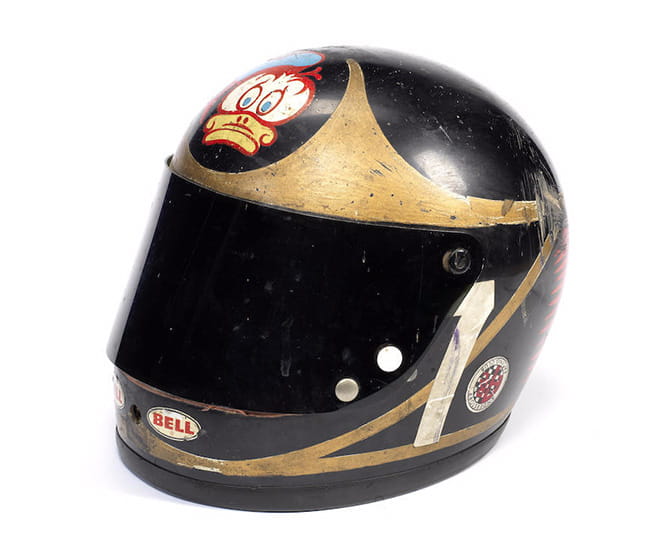 Like a real life bionic man, Barry was patched up after his 175mph off. He suffered a broken thigh, arm, collarbone and popped a couple of ribs, plus a nasty road rash after surviving the fastest motorcycle accident at the time. Sheene went on to not only race again but also win back to back 500 GP championships in 1976 and 1977. This was thanks to help from his Suzuki team.

As a token of his appreciation Sheene presented the Bell crash helmet that went some way to saving his life on that fateful day on the Daytona banking to Merv Wright, the team manager of the Suzuki team.

The crash hat carries his ‘lucky’ number 7, the trademark Donald Duck and there’s even a hole drilled in the front of it so Barry could smoke before the off on the grid!

The scars of the 175mph are still present. Other than owning Bobby Moore’s football boots you’d be hard pushed to find a more iconic piece of British sporting memorabilia. 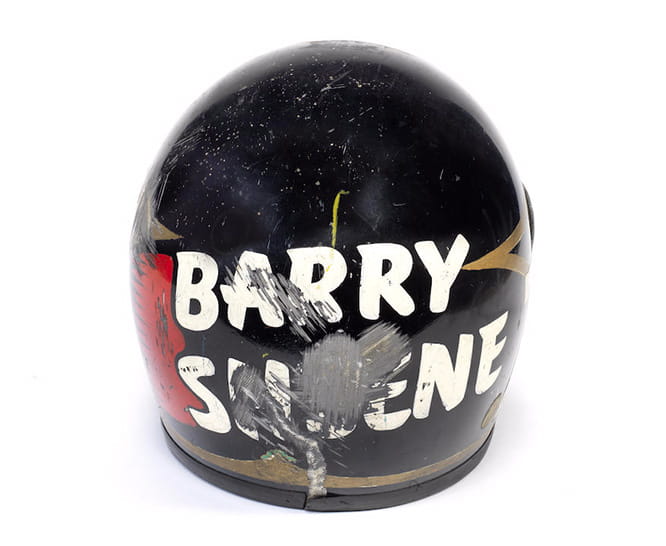 A piece of Honda history is being offered by Bonhams at their Stafford Spring Sale auction later this month. YLY70H is the registration number that belongs to one of the very first Honda CB750s that entered the UK over four decades ago. 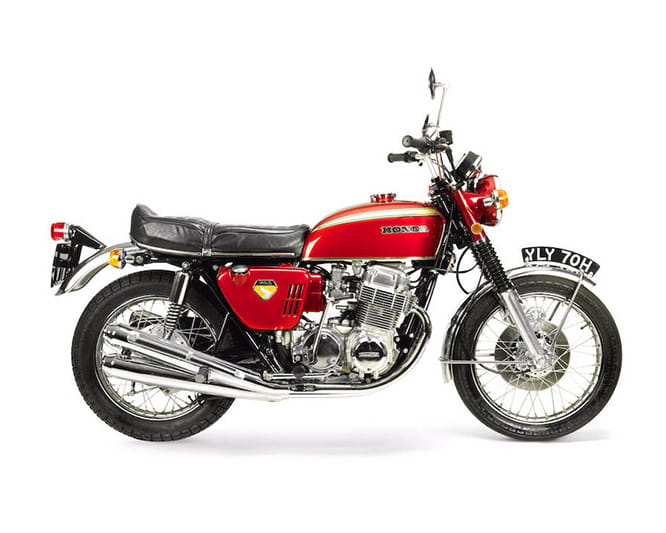 The Honda CB750 created the ‘modern’ superbike; despite multi cylinder machines having been produced before they’d never been so affordable or well put together. Honda first unveiled their four cylinder 750 on home turf, at the Tokyo motorcycle show in 1968. Its UK debut was in April 1970 at the Brighton Show, a few days after the motorcycle media had put the machine through its paces at Brands Hatch.

The machine being offered for auction is the actual bike Honda used as a press demonstrator; it appeared in many magazines and even adorned the cover of the Honda brochure in 1970, copies of which accompany the lot. By the end of that year it was sold on, and appeared in some long forgotten TV advert. It then spent many years on static display in a museum.

The air cooled 750 four-cylinder machine is now very sought after by collectors, the earlier models being the pinnacle machines in many enthusiasts’ eyes. They rarely come to market these days and there’s sure to be plenty of interest in the K0. 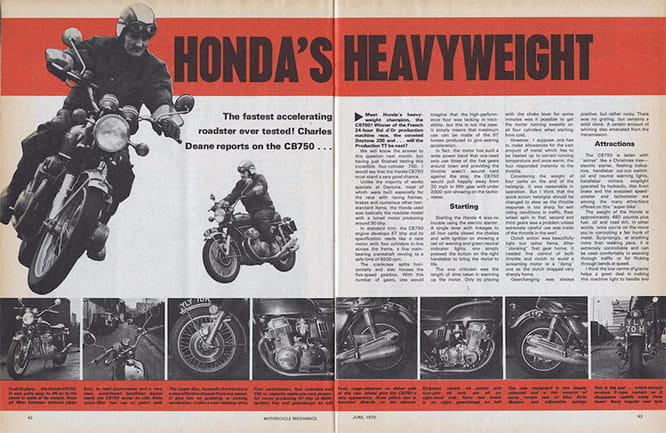 Got your eye on anything? Let us know.  or