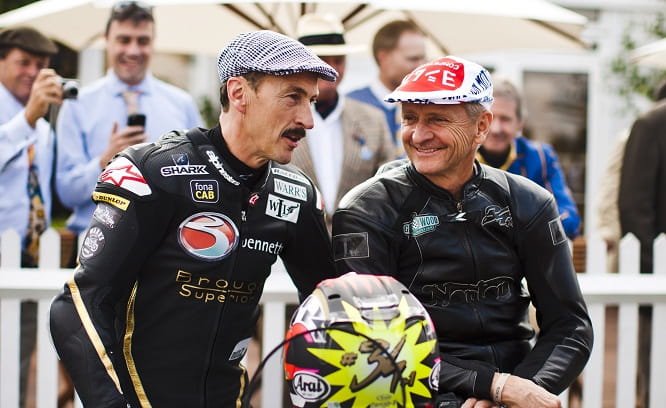 The line-up of legendary motorcycle racers taking part in the Barry Sheene Memorial Trophy at the Goodwood Revival on September 11-13 is led by former World Champions Kevin Schwantz, Freddie Spencer and Troy Corser.

Unusually, the overall result is based on the aggregate timing from the two 25-minute races, one of Saturday (12.50pm), one on Sunday (11.50am). Entries are for motorcyles raced between 1962 and 1966, in the spirit of the original Goodwood Saturday meeting. They include iconic names such as BMW, MV Agusta, Matchless, and Norton.

Each owner-rider is paired up with a professional racer, changing over in the pits at around half distance.

Schwantz, who won legions of fans with his no-holds-barred style on his way to the 500cc world title in 1993, and made his Revival debut last year on the ex-Geoff Duke Featherbed Norton, will ride a 1961 Manx Norton 500 with Rodney O’Connor.

Fellow American Spencer, a two-time 500cc World Champion himself, will also be Norton-mounted, riding a 1962 model with entrant Julian Ide.

Australian Corser, whose World Superbike crowns came in 1996 and 2005, is, as usual, BMW-mounted, and will have a rare Kaczor R50S at the disposal of himself and co-rider Sebastian Gutsch.

Former GP racers Steve Parrish and Jeremy McWilliams are always popular additions to the Revival line-up. Both return for 2015 with Parrish, Barry Sheene’s close friend and team-mate during his 1977 500cc title-winning season, riding a 1962 Matchless G50 and McWilliams – twice a Barry Sheene Memorial Trophy winner – on a 1961 Norton.

Isle of Man TT winners Mick Grant and Gary Johnson are reunited on the 1964 MV Agusta 500/3 on which they won at Goodwood in 2013, while another TT winner, Charlie Williams, has a 1962 Norton at his disposal. 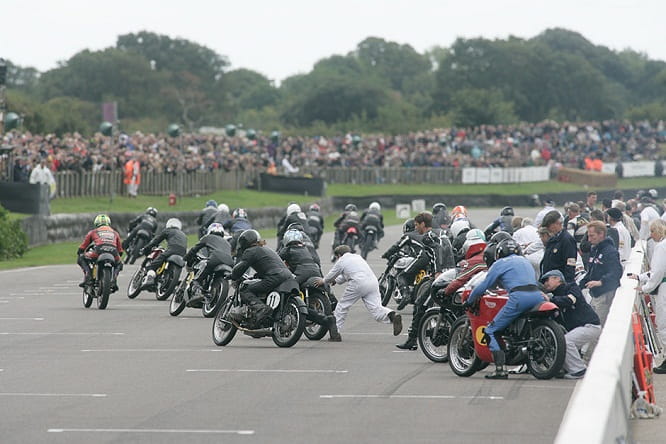 Derek Crutchlow, father of MotoGP star Cal, and himself a former World Endurance Championship racer, will make his Revival debut on a Norton, as will Taylor Mackenzie, son of three-time British Superbike Champion Niall; the latter on a bike entered by GP winner Chas Mortimer.

Two more TT victors, Ian Simpson and Michael Rutter, also return. Rutter will ride a 1962 Manx Norton with Simpson on a 1966 Hansen Honda CR450. Fellow road-racing favourites Maria Costello and Keith Amor will be attempting to upstage them on, respectively, a BMW RS54 and a Norton.