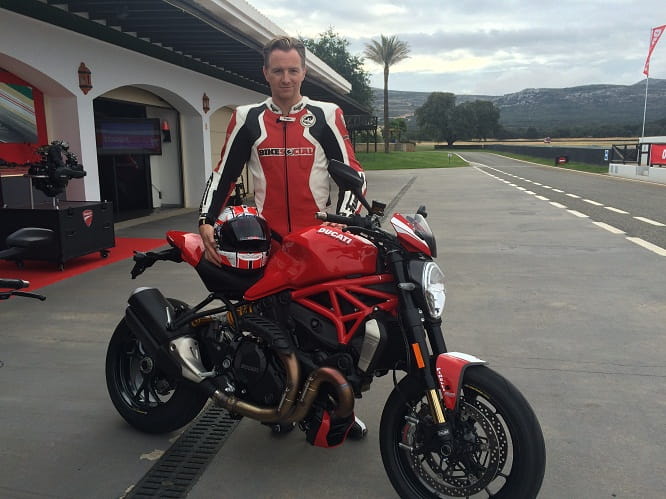 Earlier this month Ducati announced it was launching its ‘most powerful naked ever’, the 160bhp Monster 1200R.

Power is up by 10% from the 145bhp Monster 1200S to 160bhp for the Monster 1200R, while torque is increased, weight is saved and the whole package is more efficient.

It sounded like the perfect recipe to move the Monster 1200 S onto the next level and Bike Social was invited to attend the world riding launch at the stunning Ascari Circuit in Southern Spain which kicked off this morning.

Where better to answer Ducati’s claims for the new Monster 1200R than a circuit designed with many of the world’s most famous racing corners in mind.

The Monster family began back in 1993 with the M900 throuigh numerous iterations upto the 1200 liquid-cooled bike. Here, ready for sale in the UK in 2016 is the new version with engine refinements and styling amends along with taller suspension to help it corner better.

We’ve been out on the circuit already and here are our first impressions of the new Monster.

We've been out for a handful of laps of the 5.5km Ascari circuit in near perfect conditions. The first significant note to make is that the R, with its engine and chassis refinements, is a far more comfortable and smoother bike to ride.

The extra length in the front and rear suspension plus the newly fitted steering damper make for a far superior ride on track. The engine's extra performance is noticeable as is its extra refinement. The power is delivered smoothly and there's plenty of torque low down, even from 3000rpm and it keeps feeding in all the way through the range but without aggression.

It's designed for performance with more race-focussed upgrades on the R, say Ducati, and the stability under braking and in the corners is classy. Much more ground clearance than the S makes for greater lean angles and therefore a more confident ride. Less concern about scraping key exhaust components!

With standard suspension settings it's probably a little soft for track use but realistically the vast majority of riders aren't going to be heading to the circuit.

The narrower and slightly taller seat offers plenty of extra comfort as does the added fly screen (only available thus far on the Monster 821 Stripe).

Next session is up soon so keep your eye out for the full review. 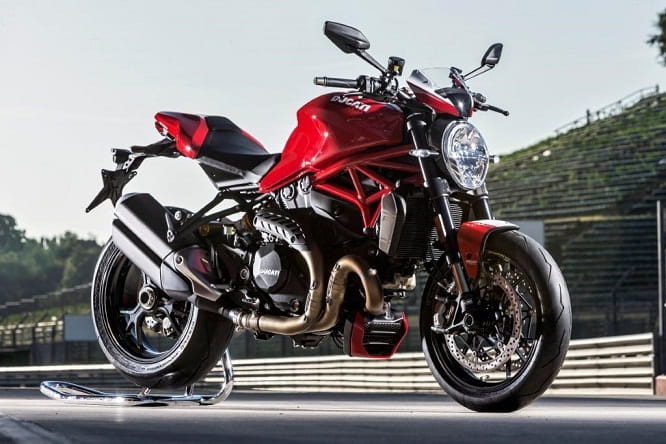