Airbags at dawn as Dainese and Alpinestars go head-to-head 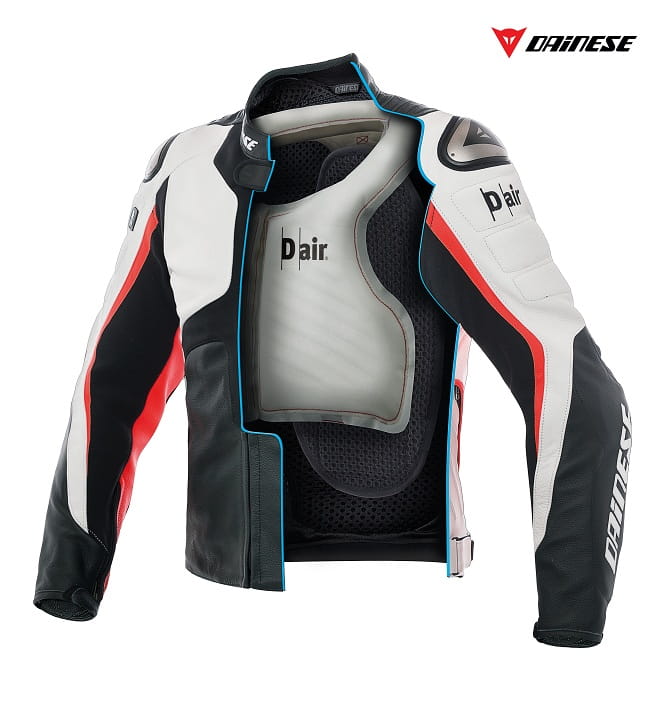 Airbags at dawn as Dainese and Alpinestars go head-to-head

The development of rider safety has reached new levels in recent years with the introduction of airbags built into safety clothing. The technology has been seen on race tracks since 2007 and on the roads since 2011.

As Dainese ‘celebrate’ 1,000 deployments of their D-Air system by launching a leather jacket which is their first to have all the deployment sensors within the jacket, their Italian rivals Alpinestars have also been keen to remind riders of their own Tech-Air system.

Ahead of this weekend’s Round 13 of the MotoGP World Championship held at Misano in San Marino, Dainese, whose representatives on the track include Valentino Rossi, Andrea Iannone and Pol Espargaro, used the opportunity to involve many familiar racing faces from the past and present to unveil their first stand-alone air-bag jacket for road use, named ‘Misano 1000’. 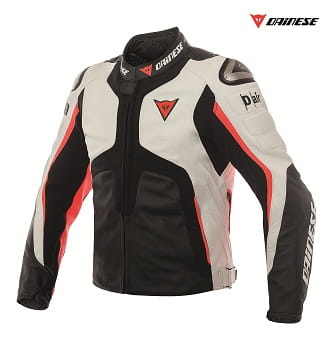 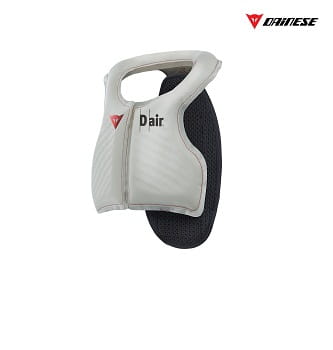 The jacket will be available in the UK from November and is “expected to retail at under £1000” according to a company spokesperson.

VIDEO: TAKE A LOOK AT THE HISTORY OF THE D-air FROM DAINESE

Previously, the Dainese system was available in the D-Air Racing and D-Air Street (for everyday riding) but a sensor kit fitted to the bike was required.

The D-Air Misano 1000 leather jacket will be available in two colours (white/black/fluro-red or black/black/white) and is equipped with chest protection, back protector and the company’s recognisable aluminium shoulder protectors as well as the airbag system.

There’s an on/off switch in the jacket’s closing flap while the six sensors hosted in the back-protector monitor the dynamics of the rider's body 800 times a second determining when to deploy the system in the event of impacts, high-sides and low-slides with tumbling. A uniform 5cm inflation protects the neck, back, chest and ribs and takes just 45 milliseconds, about 4 times faster than you can blink!

Meanwhile, down the road at Alpinestars, there’s been singing from the North Italian hilltops of their own accomplishments in the world of rider safety. Introduced to road users in 2014, the Tech-Air system which had been used in race suits since 2003 and are currently worn by the likes of double MotoGP World Champion, Marc Marquez, Jorge Lorenzo and Britain’s own Cal Crutchlow, is now available in the Valparaiso (4-in-1 all weather) and Viper (summer) jackets.

Alpinestars say it’s “the world’s only fully self-functioning airbag system that does not require sensors installed on the bike”. 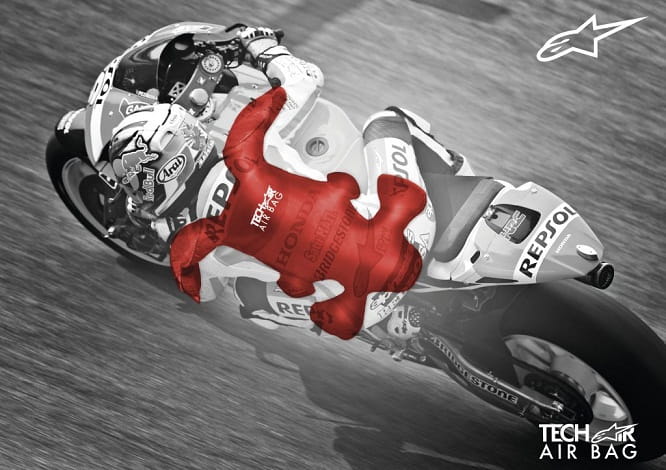 The Tech-Air street airbag system offers upper body protection including back, shoulders, kidney area and chest, all of the most exposed areas during a street crash and typically, they claim, detects an impact between 30-60 milliseconds and fully inflating after a further 25 milliseconds.

In an unfortunate coincidence, the Project Leader behind the Tech-Air’s development, Colin Ballantyne, suffered an off road crash in South Africa last November when he fell from his BMW F800GS at approximately 56mph.

Ballantyne reported, “In A&E the surgeon was very surprised to see that, given the nature of my hand and leg injuries, the speed at which I crashed and the terrain I was on, there was no damage whatsoever to my upper body, not even a scratch.” 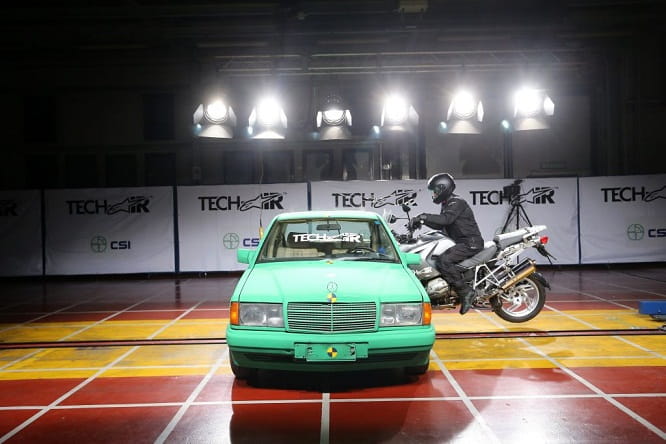 Other external systems are available on the market already but with technology moving on from the big manufacturers, it can only mean good things for riders who are certain to have plenty of choice and at sensible prices in the coming years.

Do you wear an airbag jacket or suit?  or !