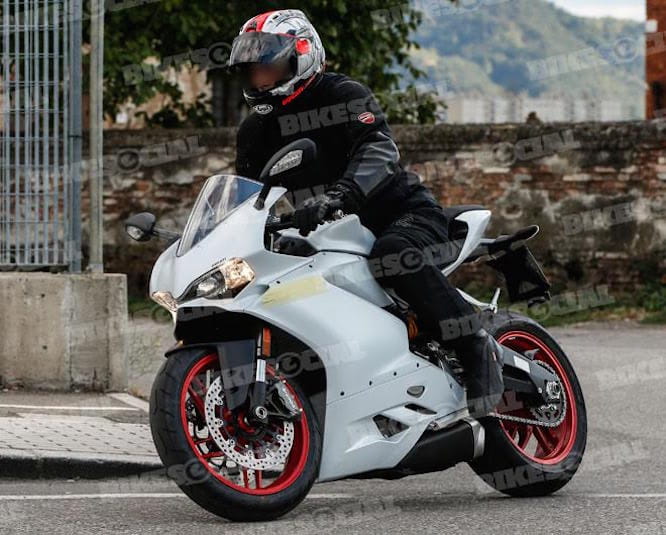 Speculation only began harvesting last week about one of Ducati’s promised nine new models for 2016 but already we’ve got hold of spy shots of the new upgraded 899 Panigale, believed to be known as the Ducati 959 Panigale.

Several American websites claimed the California Air Resources Board (an agency measuring air quality and emissions) had paperwork describing the new mid-range Ducati sports bike, expected to be powered by a 955cc V-Twin, an increase of 57cc on the current 898cc motor.

Judging by the production-ready condition of the bike in these photos, taken recently in Bologna, in the Borgo Panigale region near Ducati’s Italian HQ, we can expect to see this new model officially unveiled at the Milan Motorcycle Show (EICMA) next month.

Ducati have already confirmed nine new models for 2016 including an entry into two new sectors. However, bosses have refused to comment on the 959 speculation.

Speaking exclusively to Bike Social, Ducati’s Director of Communications, Francesco Rapisarda said when questioned about the rumours last week: "There is nothing to tell. You will have be patient and see the new models at EICMA!” 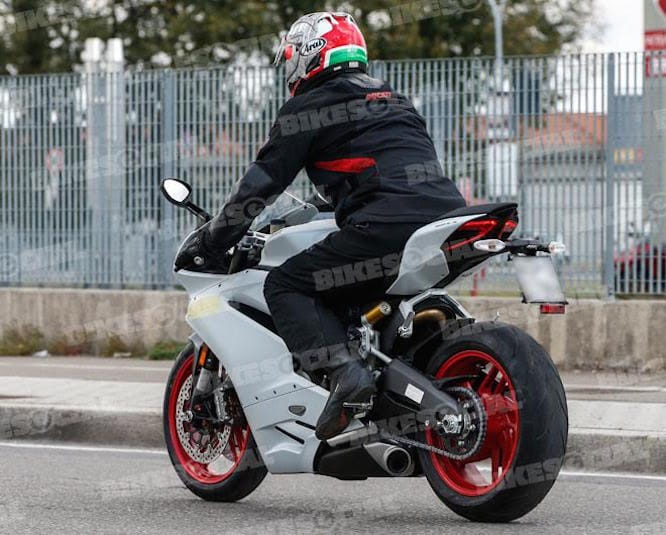 What Rapisarda did confirm though was that of the nine new models, eight of them will be at the Milan Show. These include the Carbon Diavel and Monster 1200 R.

As can be expected, Ducati UK have also refused to comment.

Our source in Italy explained that four of these new bikes were doing some endurance testing over two days, one of which was specced for the Japanese market with their quieter noise limits. The existing 899 Panigale has been a popular model since its introduction two years ago but such is the demand or even expectation from one of the worlds most iconic brands, a refresh was never far away. The flagship sports bike, 1199 Panigale was upgraded to become the 1299 Panigale, introduced for the 2015 model year. It featured more displacement, more power, revised suspension and brakes and small, subtle design tweaks.

However, the main difference is the electronic ability of the bike – its brain which is able to take inputs from an array of sensors to alter the suspension based on real-time feedback from what the bike is experiencing, not necessarily what the rider is doing. We can expect to see the new 959 Panigale equipped with such technology to also include a fully-electronic steering damper and quick-shifter.

We’ll be reporting live from the Milan Show (EICMA) from Monday 16th November, so be sure to stay tuned to Bike Social for the latest on all the 2016 models.