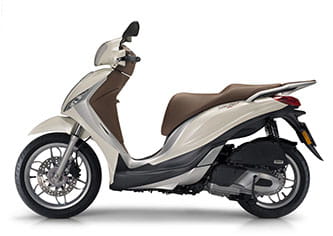 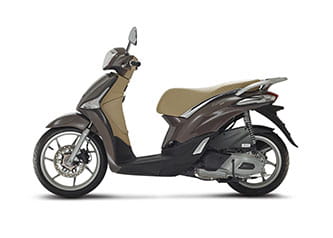 The Liberty, which is one of Piaggio’s biggest sellers with a mind-boggling 900,000 sold over the last 18 years, has received its third total revamp: there’s updated styling, it’s slightly larger all-round with a bigger, now 16-inch front wheel, more storage space, new clocks and an all-new four-stroke, 125cc ‘iGet’ engine.

The new Medley has similar styling but is designed to be ultra-agile and light but with all the advantages of a high wheel scooter.

RSV4 riders get the ‘works’ treatment

Aprilia’s biggest news at Milan for 2016 was two-fold – a further updated version of its range-topping superbike, the RSV4 RF, plus a new ‘Factory Works’ programme which, the Italian firm says, will give factory-style support for racers and track day riders. 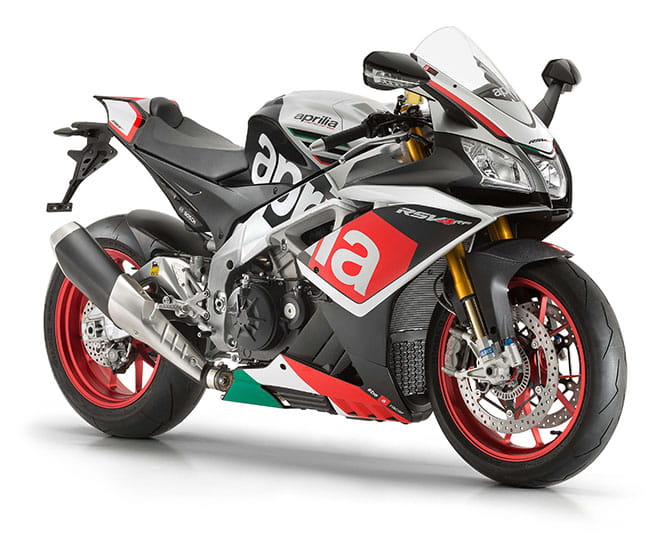 The biggest change to the RF is the addition of Aprilia’s ‘V4-MP’ multimedia platform electronics package which, the firm says “introduces a true telemetry system for the first time on a street bike, similar to those used in top level competition, that interacts with your smartphone”.

Effectively this means that owners will be able to preset the RF’s electronic parameters, for example the traction control and anti wheelie settings, for every point of a circuit in order to have the perfect setting for every area of the track. Should keep you busy round the Nurburgring.

The new ‘Factory Works’ programme, meanwhile, is intended to make, Aprilia says: “the same technology developed for the world champion bike available to anyone who wants to compete in factory derivative championships or who simply wants to have an RSV4 with optimised performance for track use.” We don’t yet know how it works or exactly what you’ll get, but we’re sure we want it…