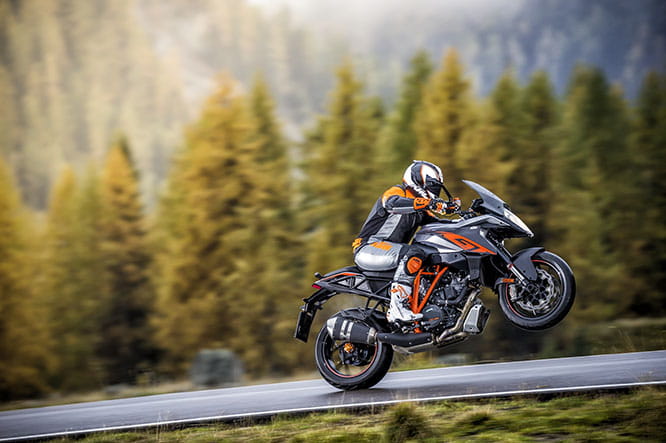 Take a 1290 Super Duke R, add a fairing and semi-active suspension and you’ve got the new Super Duke GT – a fast, 173bhp v-twin sports tourer that could only be from the minds of those crazy Austrians at KTM.

Think of it as a comfortable, fast, sports tourer but with a bit more comfort, the option of panniers, and some half decent wind protection with an adjustable screen. The emphasis is very much on sports, with a bit of touring.

One of KTM's bosses, Hubert Trunkenpolz, and the man who is the T of KTM  said: "It is a sport touring motorcycle true to the KTM brand of extreme performance, extreme agililty, and extreme riding fun. It is the best and highest performing sport touring bike in the market. A sport bike that is fit for travelling."

The Super Duke GT uses the same 1290cc V-twin, 173bhp engine and steel trellis frame with single-sided swingarm as the super naked Super Duke R. Though according to the specs, the GT makes its peak torque 1000rpm earlier than the standard Super Duke, with a maximum output of 106ft-lb at 6750rpm. The Super Duke makes max torque of 106ft-lb at 7750rpm.

Power wise, both bikes make 173bhp (claimed) but the GT makes max power at 9500rpm, and the naked makes maximum power at 8865rpm.

That compares to Suzuki’s GSX-S1000F at 214kg with ABS fully-fuelled, and the Ducati Multistrada at 238kg, to give you some perspective. But then the Suzuki only makes a claimed 143bhp, the Ducati a claimed 160bhp. 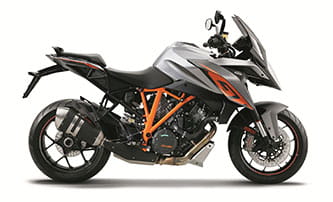 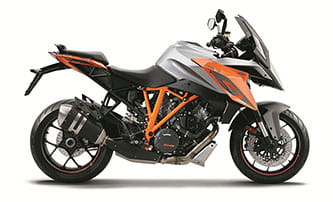 KTM say: “The end result is a long-distance machine that proudly roars past the top of the food chain, hungry for more. For miles. The faster, the better. A bike that is equally happy chasing horizons, as it is chasing super sports bikes. And crushing them.”

The new WP electronically-controlled suspension is a first on the Super Duke GT, the Super Duke R gets conventional suspension. On the GT the riding modes of comfort, sport and street also adjust the suspension to suit the riding nature of the modes. The damping adjusts automatically depending on load too, so if you have a pillion or luggage onboard you should get the same feeling from the suspension and firmer damping no matter what load you’re carrying.

The fuel tank is some 5-litre bigger than the standard Super Duke’s tank at 18-litres with a 23-llitre capacity on the GT, again, explaining some of the weight gain. 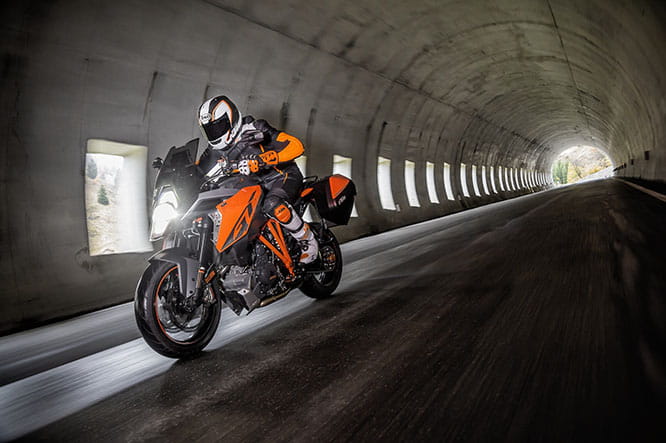 Other options include a Hill Hold Control (HHC) for anyone struggling with hill starts, and a more advanced Motor Slip Regulation system which prevents the rear wheel locking up on downshifts.

Also heading to KTM dealerships for 2016 is the 1290 Super Duke R Special Edition. The bike known as The Beast made its debut two years ago and is a blend of 173bhp, light weight (189kg) and slightly raised handlebar which sounds like a recipe for slightly crazy fun.

Now KTM have provided a step forward with the Super Duke R with a range of updates including a bit of weight saving too - 1.5 kg to be precise.

A revised triple clamp aids improves pressure distribution and lessens the strain on the forks while wavy brake discs increase braking performance and durabillity. Adjustable aluminium levers come with lever guards and the new seat is 2mm higher while narrower at the front. New graphics and a special sliup-on Akrapovic muffler are also upgrades ready for the new season. 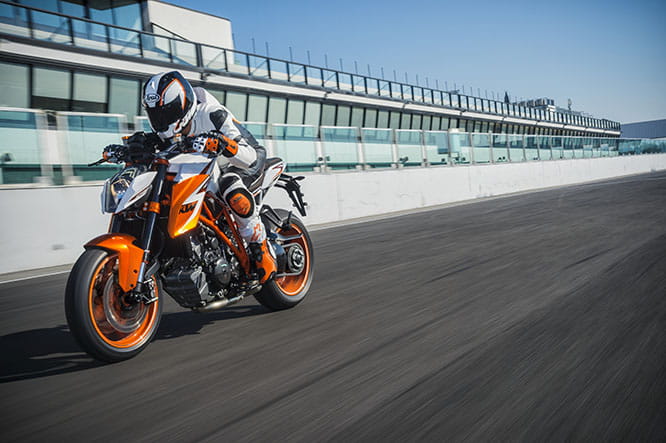 Keep it here at Bike Social for al the 2016 new model news and also on our social media channels; Facebook and Twitter