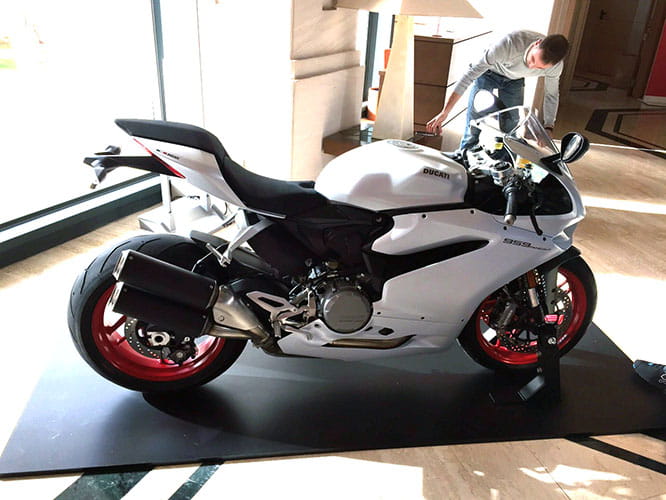 Bike Social are at the launch of the new Ducati 959 and are due to ride the bike tomorrow. We’ve just arrived at the hotel and had a look around the bike for the first time properly since it was announced last week at the Milan Show. Here’s the technical information and a few pics snapped by our iphone.

We’ll have a full day on the bike tomorrow and will bring you regular updates, and some professional pictures!

Ever more restrictive European emissions rulings meant that Ducati had no choice but to try and squeeze more power out of the 959 Panigale. So, it appears we have the Eurocrats to thank for the new 955cc motor. It features a longer stroke increased from 57.2m to 60.8mm, and the bore stays the same as the 899 at 100mm but with more power, measuring in at 157bhp and with increased torque at 115ft-lb at 9000rpm.

There are new con-rods and new pistons along with a ribbed design on the two cylinder heads to reduce mechanical noise, a large part of adhering to Euro 4.

Crankcases come from the 1299 Panigale and are vacuum die cast to reduce weight.

The 959 also gets new larger valves and like the 899, uses a ride-by-wire system for the throttle bodies. There’s a six-speed gearbox and a 1299-Panigale derived oil bath clutch with a self-servo mechanism to give a light clutch feel. The same mechanism also acts as a slipper clutch on downshifts. Service intervals remain the same as the 899 at 7500miles, and 15,000 miles for valve clearance inspections.

To get all that power out there’s a new twin silencer exhaust system for some markets, including the UK. In the USA, Australia and Mexico the 959 gets the same nice-looking side exit exhaust near the belly pan as the current 899.

Yes, the new pipe is controversial and I can’t imagine for a minute anyone at Ducati was happy about signing it off, but let’s face it, there’s rarely a Ducati on the road with a standard silencer. 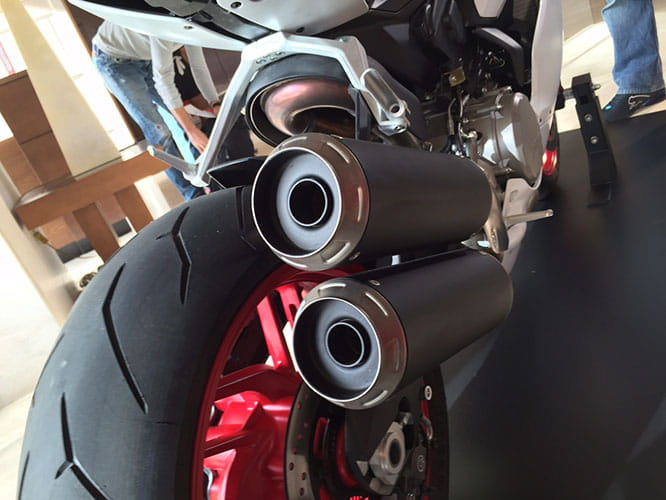 As you might guess from a modern Ducati, the 959 gets riding modes to adjust the level of power, traction control, and the fuel maps for each different setting. There’s race, wet and sport to choose from. The wet setting drops the power to 100bhp with a calmer fuel map.

Sport gives full power but in a less aggressive way, and Race is every pony as fast as you can get it and traction turned right down to allow a bit of slip and the rear to lift slightly on the way in to corners under extreme use. There’s also adjustable engine brake control and a quick shifter. There’s no downshift blipper like on the 1299 Panigale though.

The 959 Panigale gets a black-on-white LCD display with three different levels of backlighting. Everything can be adjusted through the left handlebar switch. There’s also a stopwatch function which records lap times and the maximum speed and maximum revs achieved each lap. Additionally, the Ducati Data Analyser with GPS is available as an optional extra. This system uses GPS to record lap times every time the bike crosses a circuit finish line. It also record throttle opening, speed, revs, gears, engine temperature, laps and lap times. A new feature includes the amount of wheelspin, allowing you to dial in or out more traction control. 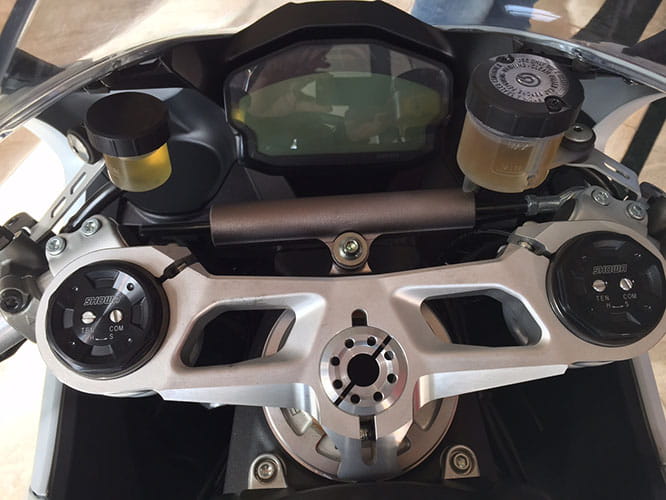 Like the 1299 Panigale, the 959 uses the engine as a stressed member, bolted to a die-cast aluminium monocoque at the front of the bike.

The 959 now has 24 degrees of rake and 96mm of trail. A double-sided swingarm features a 4mm lower swingarm pivot and a wheelbase of 1431mm to sharpen the handling. 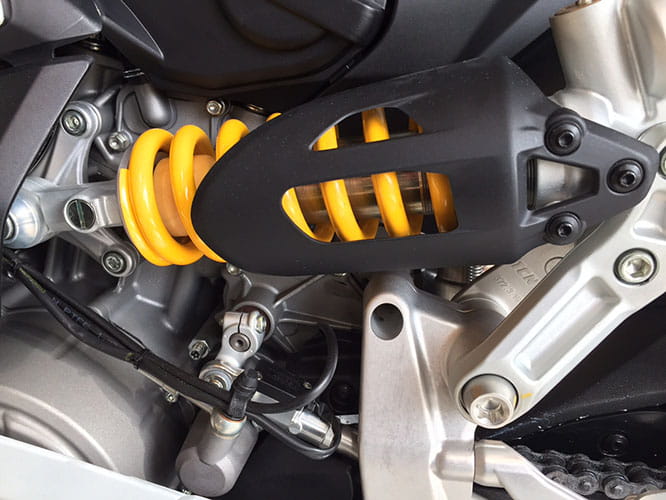 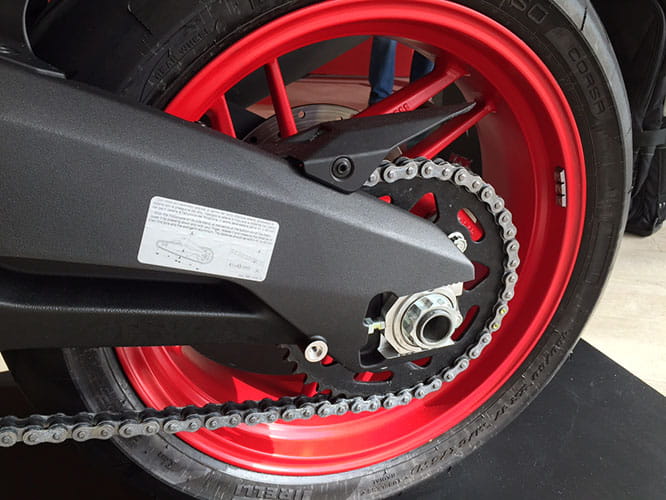 The 959 Panigale comes in for some 1299 Panigale updated styling treatment with a wider nose and screen to improve aerodynamics and new mirrors mounted to the top fairing. There’s also new larger front air intakes and a split rear tailpiece. Aluminium billet footrests continue the improvements. 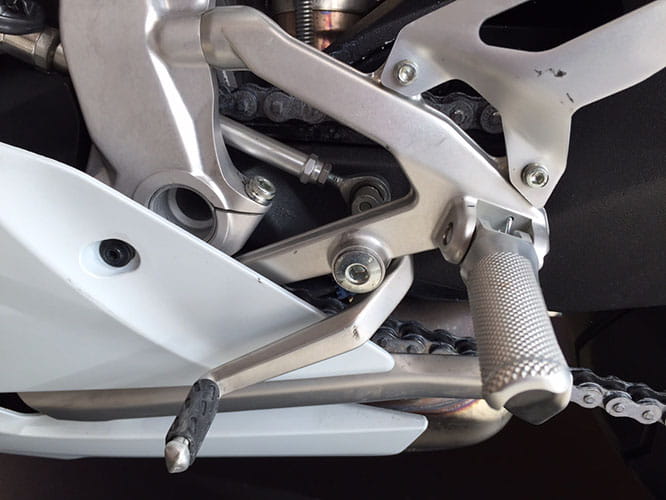 It’s available in red with black wheels or white with red wheels. The red bike costs £13,095, or £13,295 for the white bike. For more information see our updates tomorrow from the launch, and have a look at Ducati UK.