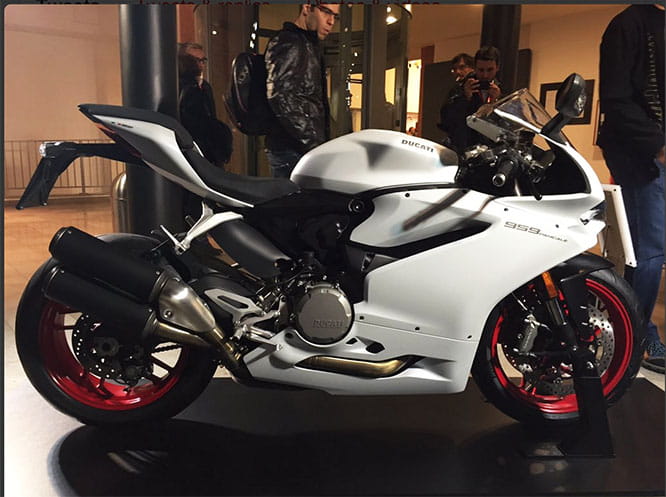 Ducati have taken the covers off one of the brand new models for 2016; a 959 Panigale, part of their biggest new model launch ever.

The newest member of the Panigale family was ridden onto the stage at the Milan-based press conference by World Superbike star, Davide Giugliano.

A number of components have been updated from the 899 Panigale yet some, mainly including some fairing panels, are from the 1299 Panigale. Possibly one of the most eye-catching updates is the new twin, over-and-under side exhausts, reminiscent of the Streetfighter 848, but meeting new Euro 4 emission regulations. Never fear if that’s not your style because a fully homologated titanium side (underbelly) exhaust is available as an accessory. Insiders say that the exhausts rob so much power from the 899 that they had to up the capacity of the bike to suit those exhausts. 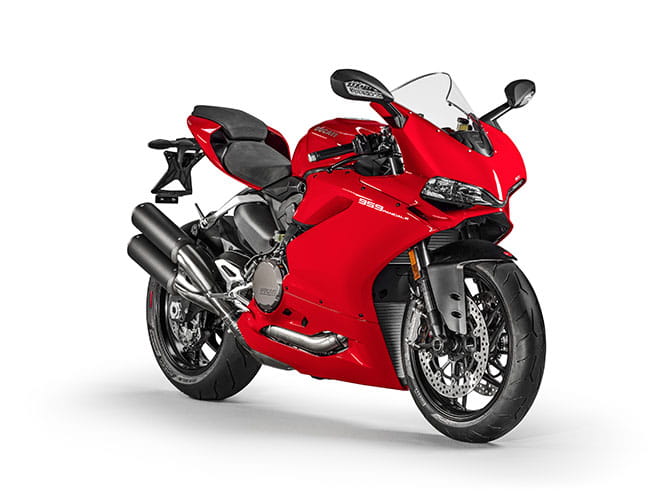 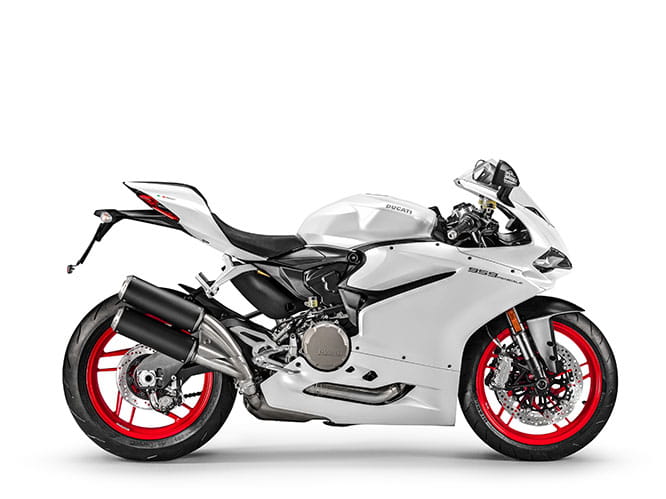 The new 959 Panigale weighs in at 176kg (dry), is equipped with a quickshifter as well as adjustable Showa suspension and an asymmetric rear shock absorber thanks to the mounting of the exhaust system.

An LED headlamp, Brembo radial calipers, anti-hopping slipper clutch, steering damper are also new parts while the electronics from the current 899 all feature on the new bike.

We've been invited to the world riding launch next month so keep a look out for our the first full review, coming soon! 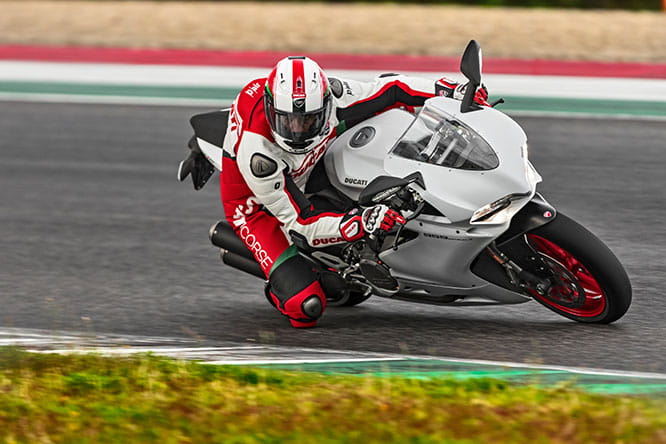