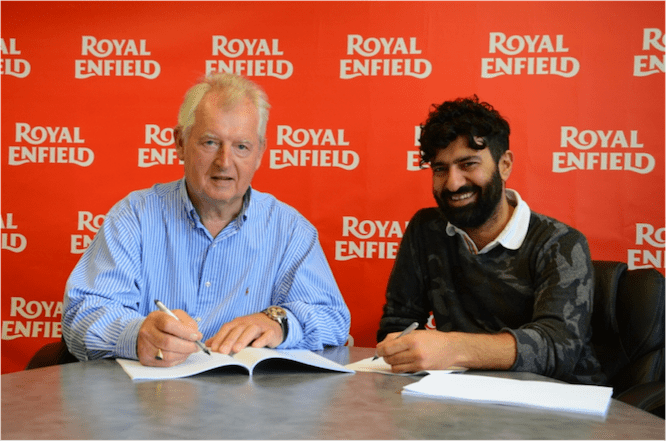 Royal Enfield has stepped up their plans for a return to the UK this year by acquiring the legendary performance firm, Harris, further fuelling speculation that something new is on the horizon for the iconic British marque.

Harris Performance already had a longstanding relationship Enfield, having been responsible for the chassis development of the Continental GT cafe racer.

The new deal will see Royal Enfield acquire all assets, employees, trade names, technical know-how and intellectual property of Harris, as they prepare to return an element of production to the UK for the first time since 1970.

In February the Indian-owned manufacturer announced a £50 million investment to speed up expansion and production, including the building of two brand new technology centres by the end of 2016, one located in the southern Indian city of Chennai and another in Leicestershire

Since the introduction of the Bullet in 1956, Enfield has relied on the same, basic single-cylinder engine platform but it now looks like new projects are just around the corner.

“Royal Enfield is working on its new generation of products and platforms,” said Royal Enfield CEO, Saddhartha Lal. “To have the Harris Performance team dedicatedly working working with us will clearly enhance our engineering and product design capabilities.

“Their proven expertise, deep insight and understanding of motorcycling and Royal Enfield will be invaluable for us in our journey towards achieving leadership in the global mid-sized motorcycling segment.”

Earlier this year Enfield employed Triumph’s former Product Manager, Simon Warburton to head up its Product Planning and Strategy Department. Famous South African designer, Pierre Terblanche, who was behind a number of iconic Ducati models in the 2000s, was also brought on board in 2014.