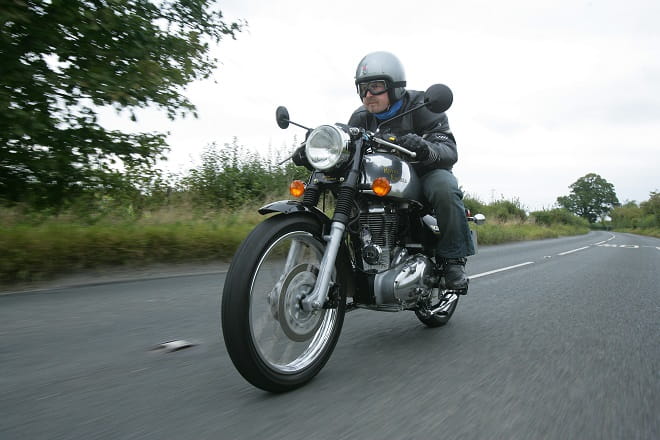 Royal Enfield have had to endure a fair amount of upheaval in recent years. After a shade over half a century of undisturbed production, the long arm of legislation finally reached the Bullet, branding the venerable OHV single just too dirty for our clean, green world. Undeterred, Chennai pulled an all alloy ‘lean-burn’ version out of the hat and the Bullet marched on; same sound, same feel, less fumes. That still wasn't enough for the men in suits, so it was back to the drawing board once more, and in 2009 Enfield came back with a significantly updated, unit-construction, fuel-injected version of the 500 single. It ticked the emissions box, performed and felt just like a British single should, and gave Chennai the green light to continue the Bullet’s impressive run of production, for a while at least.

Undoubtedly all this meddling caused a few problems for Royal Enfield, but it hasn’t all been bad news. The updates mean the Bullet is no longer the quirky, slow, problematical plodder it once was. The EFI version is breathing new life into the marque, cementing it as a much more realistic alternative to both modern and classic machines, and gave then UK importers Watsonian-Squire a fresh platform on which to base their variants. 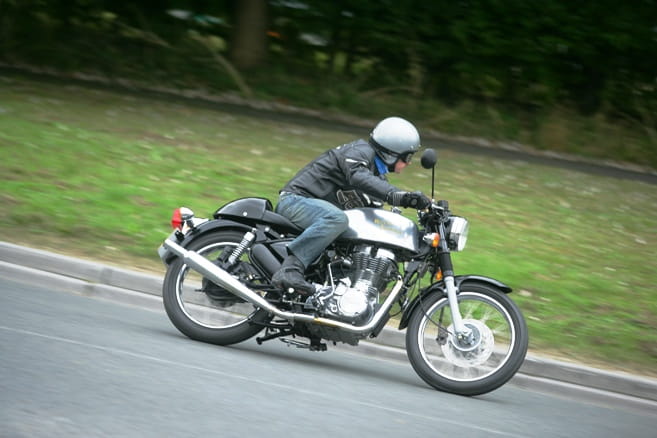 Although the Efi Clubman doesn't look vastly different to the lean-burn version it replaced – that's kind of the point with REs – there are a few key differences; the most significant of course being the new motor.

Power and torque are up to 27.5bhp and 30.4ft-lbs – compared to the Electra Clubman’s 23bhp and 29.4ft-lbs – offering a bit more off-the-line performance and a tad more in the mid-range and top end too. On paper it doesn't seem like much but on the road a few key differences are apparent. There's a bit of lag from a closed throttle, but once the EFI figures out what the rider’s right hand is doing power comes in smoothly and consistently. The extra mid-range poke makes A-road overtaking a little less stressful, and helps with inclines, and the extra bit of go at the top end makes life a lot easier on major routes; the Efi Clubman will sit happily at the national speed limit and can thump its way to the 80mph mark of you need it.

It’s a useful boost from the old model’s 75mph max, and although it’s still a fair bit shy of the magic ‘ton’, it makes the Clubman a bit more pleasant to use in modern traffic.

As does the gearbox. It’s certainly not as slick as the 'modern' Japanese and European competition, but it does exactly what it's supposed too, without the false neutrals and clunky changes of the older models. 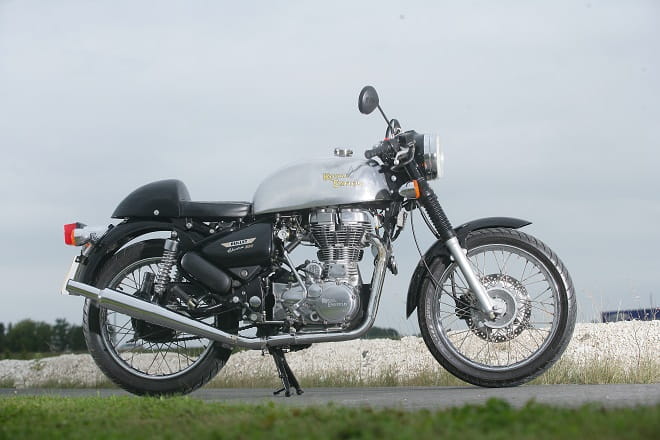 As far as handling goes, there isn’t much difference really. The Clubman EFI uses the same tubular steel cradle frame, telescopic front forks and gas filled rear shocks as the Electra model it replaces, and as a result behaves identically. It’s certainly no Featherbed, but it offers a very engaging ride. The heavy but positive steering needs just the right amount of rider input, and although basic in design and feel, the chassis and suspension stays composed through all but the most aggressive of corners. It’s helped of course by the suggested Avon Roadrunner tyres – 90/90-19 front and 100/90-19 rear – which track well and offer a surprising amount of grip and lean angle.

Stray onto a minor road and things do start to get a little interesting though. The whole set up begins to feel a bit crude and doesn't respond at all well to uneven surfaces, bouncing and lurching over bumps and throwing the machine off-line if pushed hard. A fair amount of those bumps and jars are transferred to the seat and bars too, making the whole experience less than pleasant. Stick to the more major routes though – and ride accordingly on the B-roads – and it isn’t a major problem. Overall, the Clubman's chassis is capable of dealing with the new engine's performance and a fair amount of exuberance from the rider too. Just don’t expect it to perform like a modern sport bike and you’ll not go far wrong.

If the ‘ton-up’ mentality does take you and the Clubman out of the comfort zone, there’s enough braking capacity to sort it out. Up front is a 280mm single disc and twin piston hydraulic calliper, while a 152mm SLS drum takes care of the rear. The disc does the bulk of the work, of course, offering enough power and control for emergency stops. As you’d expect, the drum isn’t as strong, but works well enough for gentle stopping and balancing at low speeds. It’s a decent set-up and is more than capable of coping with the Clubman's 187kg plus rider, and should be able to handle the extra weight of a pillion too.

Yes, the EFI Clubman has provision for a passenger. According to Watsonian it was the one thing customers – well, their other halves – didn’t much like about the old Clubman, it was quite a lonely experience. So, they had a new seat designed: just remove the glass fibre cowl to reveal the ‘back seat’ and Clubman fun can be enjoyed by two. They fitted fold-out pillion pegs too, of course, but there’s no grab rail or strap to hold onto. It also means you can chuck a set of panniers or a tail pack on too. 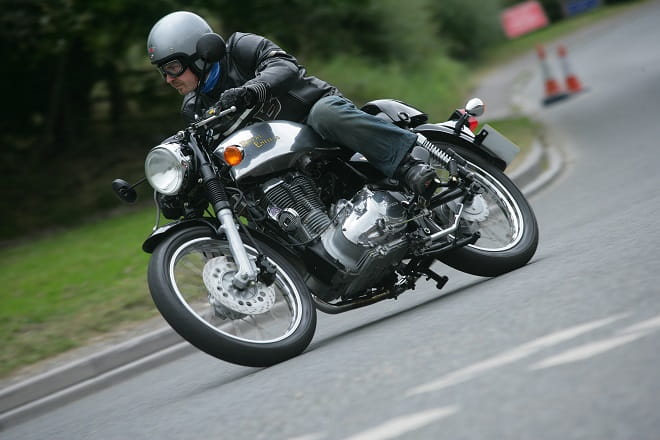 Cowl on or off, the new seat certainly fits with the Clubman's look. This and the hand-made, hand-polished aluminium tank, 'ace' bars, rear set controls and 'Gold Star' silencer replicates the look of a 1950s cafe racer quite well, and certainly turns heads.

Thankfully it doesn't replicate the 1950s cafe racer riding position. The seat, although narrow and softly padded is supportive enough for a full afternoon’s riding; the pegs are set just right to give a racy stance without cramping the legs; and the dropped bars aren't quite as low as they look.

It all makes for a pleasant riding experience, as do the other useful practical touches included in the Clubmans spec. Side and centre stands come as standard, and there’s a neat little handle on the nearside rear quarter, to help get it on and off said centre stand, and for help with manhandling in car parks etc. There’s a full array of modern switchgear – including a handy headlight flash button; low fuel and engine management warning lights; indicators; plus electric and kick start. Add to that the 21-litre tank’s potential 300-mile range – the EFI motor can do over 80 miles to the gallon, if ridden sedately – and the Enfield becomes a pretty practical proposition. 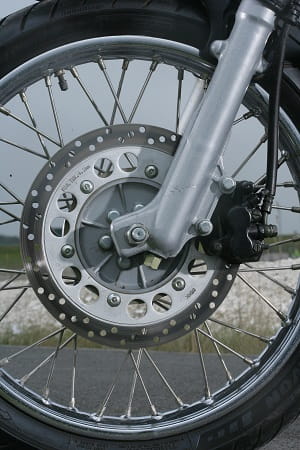 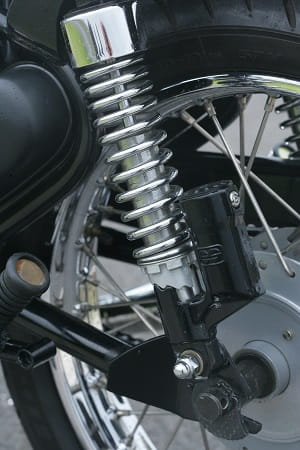 Is the 50's cafe racer your style?