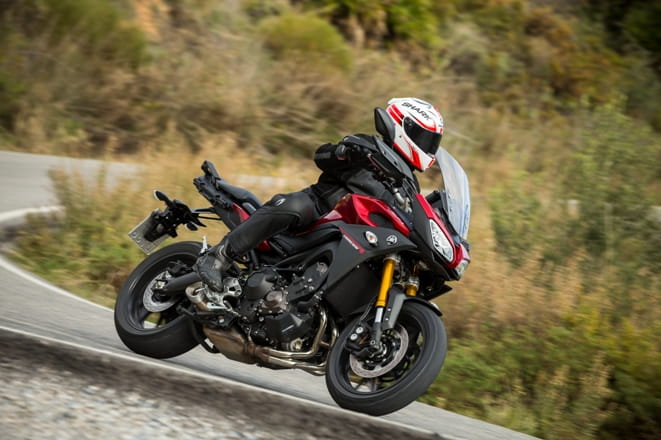 Yamaha’s latest iteration of the already best-selling MT-09 range flew out of dealers in the first quarter of 2015, with the new sports tourer topping sales charts in both March and April for machines over 125cc.

Priced at just £8,149 with a number of attractive finance offers, an impressive 533 Tracers were registered in April and March, more than any other new bike so far this year and only beaten by Honda’s long-time chart-topper PCX125 scooter.

“We were delighted to see the new MT-09 Tracer confirmed as the best selling large machine during this period, especially as it has only been on sale since the end of January”, Yamaha’s Jeff Turner told Bike Social. 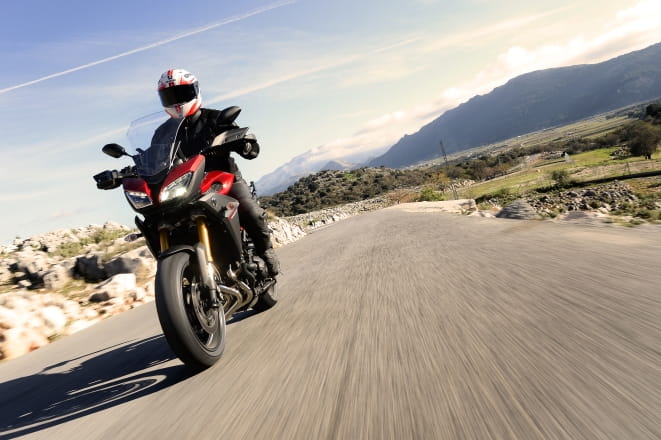 “Interest in the Tracer could clearly be seen at last year’s Motorcycle Live event where the three units on display were constantly surrounded by show visitors and since then Yamaha’s dealers have experienced high demand.

“The success of the MT-09 Tracer can be attributed to the high standard specification and genuine all-round capability of the new machine with its flexible 847cc three-cylinder engine, combined with an attractive retail price and the MiYamaha PCP scheme which ensures the Tracer is both accordable and accessible to riders across the UK.”

After riding the Tracer at the world press launch in Southern Spain, Bike Social’s Michael Mann predicted it’s success: “The theory of a sports-touring version of the MT-09 grabbed my attention and I’m glad to say I’m not disappointed. Taking the character-laden 849cc triple and giving it a new home in a sports-tourer might just give Yamaha another top-selling bike. It’ll appeal to many types of riders but especially those who are looking for a combination of performance from a middle-weight tourer.”