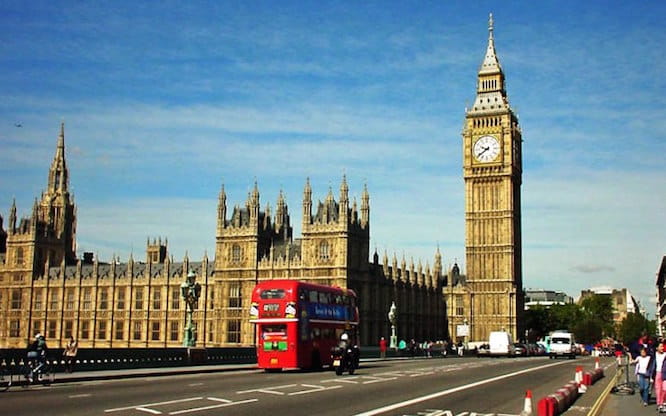 The General Election is all over the press at the moment. Turn on the six o clock news and you’re guaranteed to see a flurry of stern-looking politicians quibbling over issues such as education, the NHS and immigration.  But what about the important stuff? What are the main parties’ lines on motorcycling?

OK, we know that your health and your kid’s education probably rank higher in terms of priority (even if only just…) than your two-wheeled lover in the garage. It’s unlikely that even the most committed of riders will base their vote on a party’s motorcycling policy, but it’s another piece to add to the jigsaw when making your mind up about where you’ll be putting the ‘X’ on Thursday.

A quick glance at party manifestos shows next to no mention of motorcycling, some even only briefly touching on the UK’s road network. Delving further into policy documents still leaves four of the five main parties with no mention of bikes. Do any of these people acknowledge the 2 million people riding motorcycles in this country?

We got in touch with the main UK parties (not including the nationalists), Conservative, Greens, Labour, Liberal Democrats and UKIP requesting interviews with the relevant party members to discuss the issues facing motorcyclists.

The Liberal Democrats were the first party to come back to us. We spoke to Baroness Susan Kramer, who, until parliament dissolved in March, was the coalition’s Minister for Transport. “We are not anti-motorcycles in any way”, she told us.

“We’ve put a lot of funding into Highways England [in the past five years]. We need to focus on reflecting the needs of road users and it’s really important to recognise that road users are not just those who drive cars, vans and lorries; it needs to include motorcyclists too who can have very different needs.”

Kramer’s team was behind the recent Government pledge of £7.5 million to the electric motorcycle industry, which will see the Department for Transport support manufacturers investing in the development of electric bikes and subsidise the cost for anyone wanting to purchase them. 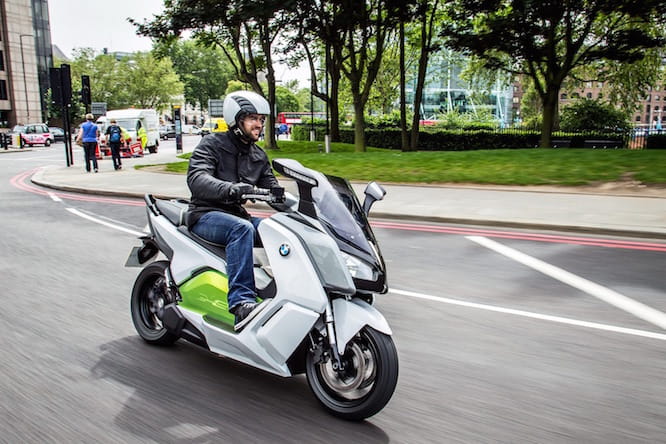 What will the Liberal Democrats do about the cost of fuel? “The climate change agenda is real, we have to recognise that but there has been a huge concern when it comes to the cost of living”, Kramer told us. “When it comes to fuel duty it is a constant balance between the two.” A little non-committal, we thought.

Another issue causing a lot of riders grief is the state of our roads, particularly the amount of potholes. Kramer claims ‘quite a bit of money has already been given to fixing the state of roads in the UK.” She then went on to say how clearing the deficit in the next few years is important, but emphasised how the Liberal Democrats would slow the pace of reduction in 2017/18 to prevent cuts to public funding for issues such as road improvement work.

The final question we put to the former Transport Minister was about speed limits. She acknowledged the party didn’t have a particular line but said she is personally ‘very supportive of 20mph speed limits in residential areas’. She continued: “I know this sometimes frustrates motorists but I honestly believe it’s to everyone’s benefit. Most motorcyclists I know would prefer a 20mph speed limit to a road with loads of holes in!” Hmmm, we’ll leave you to make your own mind up with that one!

UKIP’s response was relatively short: “UKIP is most definitely a bike friendly party and we fully support access and the use of motorcycles on Britain’s roads. Motorbikes and scooters are not only fun to ride but they provide a valuable way of getting to work.”

The party’s press office also informed us that their Transport Spokesman, Jill Seymour is ‘keen on motorcycles and rides pillion whenever the opportunity arises’. The statement concludes: “Several senior UKIP people have motorcycles and one of Jill’s staff rides a Honda ST1300”. They even took the time to head outside and take a shot of Jill Seymour sat on said ST1300…

UKIP’s wider transport policy is interesting. Seymour outlines one common theme: “Motorists should not feel as if they are being used as cash cows to boost national or local government funds”.

In order to honour this pledge, they are promising to “only allow installation of speed cameras when they can be used as a deterrent at accident black spots, near schools and in residential areas where there are specific dangers”. The party also claims they will “remove road tolls where possibly and let existing contracts on running road tolls expire”, stating “motorists are already taxed highly enough through fuel and vehicle taxes”. 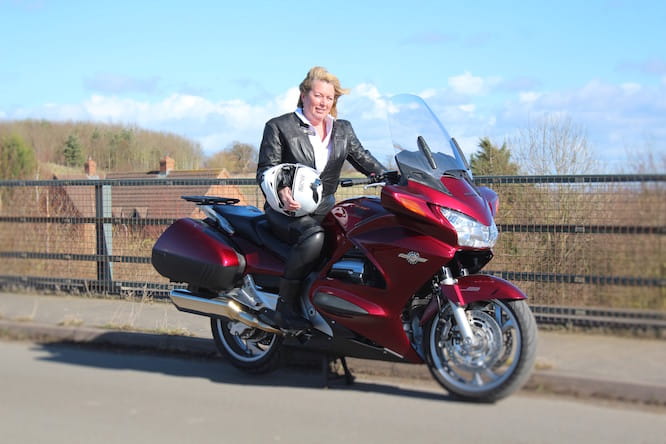 One thing we were surprised UKIP’s press office didn’t pick up on was that their own leader, Nigel Farage is a signed-up and paid member of the Motorcycle Action Group.

The Green Party did respond to our enquiry, but only to tell us they ‘don’t have the capacity to provide specific answers at the moment’. But then, avoiding the motorcycle press might just be a good idea when you have policies worded like this:

“The Green Party does not wish to see increased use of motorcycles because they emit pollution and noise and can endanger road users. The aim is to encourage much less use of high-powered machines and for low-powered machines to offer an alternative for those who currently use these cars and could not transfer to more sustainable modes.

“The Green Party would take measures to encourage a transfer of motorcycle manufacture and use from larger, powerful machines to less powerful ones including scooters and mopeds. These would include setting and enforcing strict noise limits and, for higher powered machines, speed limiters.” 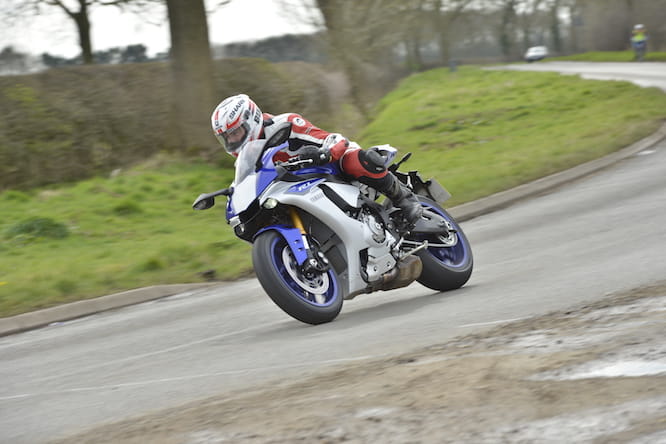 Just for good measure, they’d also ban motorcyclists from bus lanes. Such policies have attracted widespread criticism during this year’s election campaign. Recently, comedian Ross Noble challenged the party’s line on bikes to be told that a number of the points above would go under review at this year’s party conference in the Autumn. The General Election is this week though, so a vote for the Greens right now is a vote against high-powered motorcycles as far as we see it.

While the Labour Party did initially get in touch, their press office soon went quiet and in turn, we didn’t get a response to our questions. That might be because the party’s line on motorcycling appears to be non-existent. In fact, even their transport policy (aside from their plans for public transport) is relatively vague.

The only mention we can find of motorists in a search across Labour’s policy documents and manifesto is: “Motorists have seen the quality of our roads deteriorate with rising congestion and promised road improvements not being delivered”. While this statement attacks the current Government, Labour don’t seem to be proposing an answer.

Despite multiple attempts to get in touch with the Conservative Party, there was no response. Again, there’s little mention of bikes in the party’s manifesto, and what there is exists within proposals for a wider transport policy.

They emphasise that the freeze on fuel duty over the last five years is the longest in the decades and even though petrol prices rapidly dropped earlier this year, the chancellor still opted to continue with the freeze. That’s not to say there won’t be a hike in fuel duty if the Tories get in though, the freeze was promised until the end of the existing parliament and there’s nothing to say what they’d do in the next.

While in power for the last five years, the Tories have begun to take a look at the motorcycle tests, in particular Compulsory Basic Training. They’re looking to make this much safer, but will it prevent people from learning to ride?

The Conservatives pledge £15 billion towards the UK roads network, including adding 1300 lane mileage to our roads and working on around 60 dangerous junctions across the UK. The party also claim they’ve put enough cash aside to fix 18 million potholes between 2015 and 2021. But is it enough?

There’s a common theme throughout the different parties when it comes to motorcycling and that’s that we don’t get much of a mention. Where we do, it’s either really negative, e.g. The Greens or stuff that gets you questioning whether it’s just being said as something you want to hear as a plea for your vote, e.g. UKIP. The parties likely to be taking control of our country don’t seem to be shouting from the rooftops about bikes, but they don’t seem to want to hamper us all that much either. Whoever wins, it’ll be important to make sure they’re willing to listen to riders and hold them to account for any promises made.