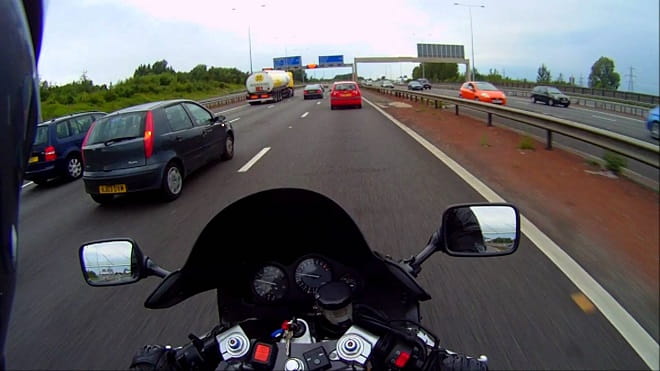 Although the overwhelming majority of motorcyclists want the current motorway speed limit increased it’s not likely to happen anytime soon.

That’s the conclusion this election week, which happens to coincide with Road Safety Week, following an exclusive online poll conducted by Bike Social and our subsequent investigation into the leading parties’ motorcycle policies.

Our recent online poll concerning views on speed revealed that a massive 86% of respondents* wanted the current 70mph motorway limit raised – 51.4% specifying to 80mph; 24% to 90mph and 10.7% endorsing no limit whatsoever.

Conversely, just 13.2% wanted the current 70mph limit to remain while less than 1% suggested it should be reduced.

But as we head into Thursday’s General Election, it’s clear none of the leading political parties have any plans to raise the limit – in fact most of them make no mention of motorcycles at all.

In fact the only party that DOES single out bikes – The Greens – only does so to DISCOURAGE big bikes, CUT noise and emissions further and REDUCE speed limits further.

The current speed limit of 70mph has been in force since 1965 and despite a huge improvement in braking performance and safety features generally over the intervening 50 years, repeated calls to raise the limit have failed, usually due to lobbying from safety and environmental bodies.

The Highway Code, for example, continues to state that a ‘typical’ stopping distance from 70mph is 96 metres. However Bike Social’s own tests show that this is almost TWICE what the latest motorcycles are capable of. For example, when testing a Kawasaki Z1000SX we found its braking distance from 70mph to be 50.11m, while that of a BMW R1200RT was even less, at 49.0m.

Bike Social’s professional test rider, Bruce Dunn, who’s been performance testing motorcycles for 20 years, said: “This is typical of most modern motorcycles.  The best I’ve seen is about 43 metres, this was on a Triumph Speed Triple. I’d consider anything near 60 metres poor by modern standards.”

And even if we add the Code’s ‘Thinking distance’, or reaction time of 21 metres at 70mph, modern bikes are still capable of stopping around 25% quicker than the Highway Code suggests.

Yet despite all this the leading political parties in the run up to Thursday’s general election have once again completely ignored the issue.

The incumbent Conservatives give bikes only the briefest mention in its manifesto, as part of its wider transport policy, with the Liberal Democrats and Labour pretty much the same. The only significant difference between the three being their stance on the EU, which determines most motorcycle legislation. The Conservatives seek an in-out referendum by 2017, Labour is anti-referendum while the Lib-Dems are pro-EU but have said they would not veto a referendum if they ending up forming a coalition with the Conservatives.

Instead, more specific mentions of motorcycling come from UKIP and The Green Party.

UKIP leader Nigel Farage is a member of MAG while its manifesto recognizes motorcycles as a positive part of transport systems and supports, for example, the continued use by motorcycles of bus lanes “where safe”.

But the party that has been the most outspoken about motorcycling in its election manifesto has, perhaps surprisingly, been The Green Party – and for all the wrong reasons.

Firstly they propose removing bikes from bus lanes entirely then go on say that high-powered machines should have speed limiters to encourage riders onto smaller machines such as ‘scooters and mopeds’. Further measures would include the introduction of strict noise limits. Regarding speed, meanwhile, they propose REDUCING limits further, specifically “to bring down speed limits to 20mph in residential areas and 40mph on rural roads.”

Overall, The Green Party sums up its stance on motorcycles by stating in its manifesto “it does not wish to see increased use of motorcycles because they emit pollution and noise and can endanger road users”.

So is there any chance of raised motorway limits? The most recent attempt to raise the limit was actually by Labour in the previous Government whereby it was proposed that the motorway speed limit be raised by 10mph. This was then taken up by the new coalition Government in 2011 under then Transport Secretary Philip Hammond. 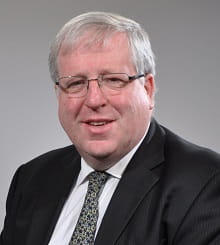 He claimed the move would reduce congestion and boost the economy by “hundreds of millions of pounds”. However, road safety campaigners and environmental groups attacked the proposal and, when Hammond was replaced by current Transport Secretary Patrick McLoughlin in 2012 the newcomer made it clear he did not want to implement the proposal.

There is still a flicker of hope, however. As recently as January this year, McLoughlin suggested that the motorway limit might be raised to 80mph in the future as part of the new ‘smart motorways’ initiative.

McLoughlin told The Times: “We will look at (80mph limits) in a couple of a years' time when there's more smart motorways.

“Once we get smart motorways up and running and we get the free-flow through, and we get better running on motorways, I think that it is something that's there.”

What's you opinion? is an increase to 80mph sensible?