Honda are full of ‘Bull’ 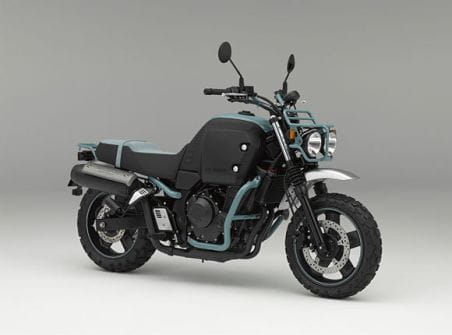 Honda are full of ‘Bull’

They say beauty is in the eye of the beholder. So, just like today’s partial solar eclipse where the advice is not to look directly at it. The same might be said for Honda’s latest concept model.

Hot on the heels of the SFA 150 concept we reported on this week, comes another Honda concept or ‘exhibition’ model; the BULLDOG.

The world premiere of the liquid-cooled, 4-stroke, 399cc, twin-cylinder bike that certainly shares its looks with its namesake, took place at the Osaka Motorcycle Show in Japan this morning. It shares exhibition stand space alongside other concept machines including the SFA 150 and RC213V-S.

With a low centre of gravity, twin 15-inch wide tyres and a low 730mm seat height (60mm lower than the Ducati Scrambler) and storage on either side of the fuel tank, the emphasis for this model could well be to encourage non-motorcyclists to ride. Ducati have already planted themselves firmly in this area with the Scrambler yet the Bulldog could well be Honda’s attempt to challenge as the bike for new riders. 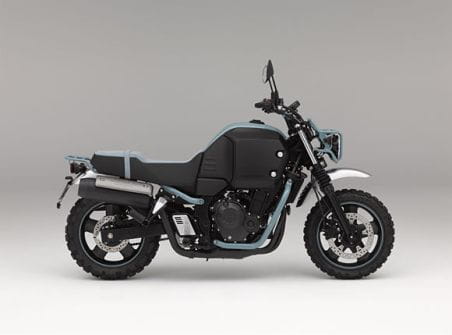 At the launch, Honda said the Bulldog is a “playful, next-era concept model which promotes a new world of leisure with motorcycles.”

They continued: “(The bike) was designed to go beyond the boundaries of conventional leisure motorcycles, to actively enjoy outdoor life.”

Look up the definition of a Bulldog in the dictionary and the tell-tale signs are described as a ‘muscular, heavy dog with a wrinkled face and a distinctive pushed-in nose’. Seems like a suitable name to us. 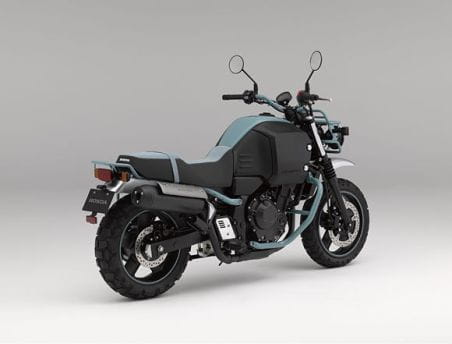 That didn’t worry Yamaha when their BT1100 Bulldog went into production back in 2002.

We will obediently sit and stay until more information is revealed but as with all concept machinery, not all make it into production or even the UK market.

What do you think of the Bulldog?  or