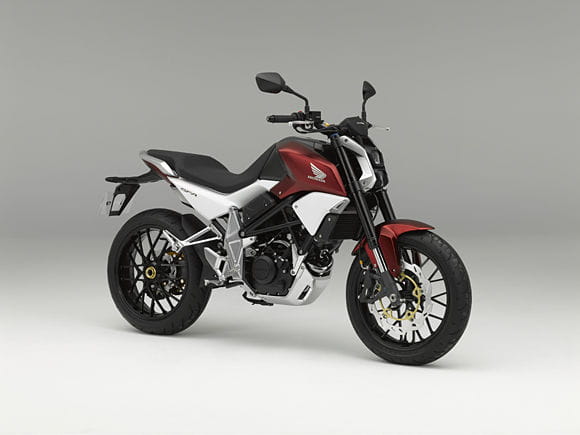 Honda can be so cruel. At the end of last year they teased us with concept machinery in the shape of a road-going version of Marc Marquez’s MotoGP championship winning factory race machine, known as the RC213V-S. Queue random guessing of crazy prices. Then they pulled the covers off an Adventure prototype which apparently contained the racing technology of the HRC CRF450 Rally machine.

Now, even though it has had a sneaky airing in Indonesia before Christmas, the Japanese manufacturer is to show a more realistic concept machine – the SFA150 – at the Osaka and Tokyo Motorcycle Shows later this month.

The SFA is a street-fighter style light-weight motorcycle with a single cylinder engine mounted on a trellis frame. 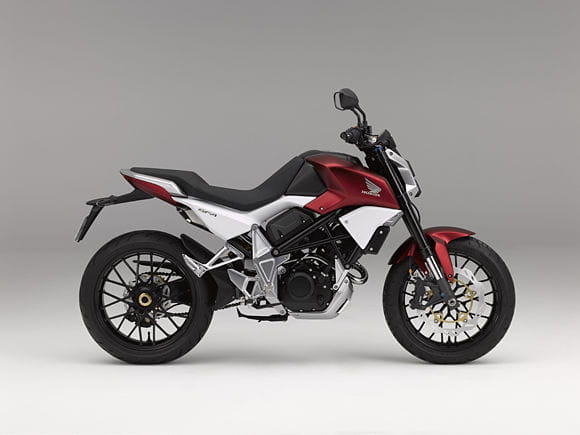 The concept model is equipped with the 150cc 4-stroke motor taken straight from the current CBR150R, sold only in the Asian market. However, should the bike make it to production, which looks more and more likely, then we can expect engine configuration options of either 125cc or 300cc. This would make sense for the current trends and licencing derivatives in the European market.

Under the slogan of “We Love Bikes,” Honda will propose a “fun-filled lifestyle” but that could come at a cost with the SFA if the production model features the same partially hidden exhaust under the seat and a single-sided swingarm as displayed on the concept bike.

It’s a good-looking machine which could challenge the KTM 125 Duke and Yamaha MT-125. 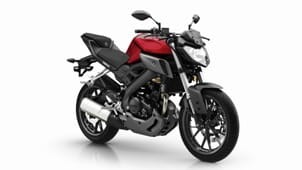 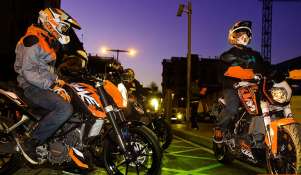 Is this a good move for Honda? Are they playing catch-up?