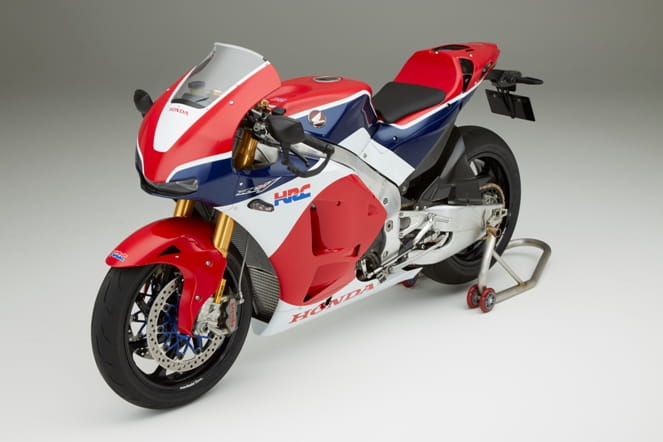 �It leans the same as a GP bike,� said two-time MotoGP World Champion, Marc Marquez about the Honda RC213V-S, the near identical road-legal bike to his own 260bhp+ HRC machine.

The production version of Honda�s latest and dare we say greatest road bike was unveiled last Thursday (11th June) in the MotoGP paddock ahead of the Catalu�a Grand Prix this weekend. Marquez, his team mate Dani Pedrosa and their boss Shuhei Nakamoto were among the Honda and HRC dignitaries in attendance as the Project Team presented details of the bike, explained why it exists and how the purchase price is almost �200,000.

The bike is powered by a compact 999cc 90-degree V4 engine of similar dimensions to the RC212V�s 800cc unit while race-derived features include an under-seat fuel tank and carbon fibre reinforced plastic fairings.

On stage Large Project Leader Yoshituke Hasegawa announced that the project had begun 3 years ago with manufacturing due to start in an exclusive workshop in the Kumamoto factory by the end of this September. Each bike will be hand built and numbered by a team of specially-trained engineers with an expected output of 1 per day from the production line and deliveries to customers expected by October. Every nut and bolt will be hand tightened to a specific torque.

Prices for the UK have not been confirmed and according to a Honda source are unlikely to be until the date from which the bike can be ordered; 13th July. The same source told Bike Social the reason for the uncertainty with the UK price relates to tax. However, in Euros specifically for the German market, Honda have confirmed the price will be �188,000 (c.�138,000 at today�s exchange rate). An optional Sports Kit (see below for details) is available for an additional �11-12,000.

The RC213V-S will only be available in Europe, USA, Australia and Japan and applications for order entry will begin at 00:00 CET (same as British Summer Time) on 13th July via the following website: http://www.rc213v-s.com/

Placing an on order doesn�t guarantee purchase either. Oh no, you will be contacted by Honda for a further consultation. And if you are saving up then you�d better be quick because applications for purchase cease at the end of September.

Officially production of the limited edition run of 250 individually numbered bikes will cease at the end of 2016 although we also learned that the demand for the bike and the success of the first production run may lead to a further future run or similar project. Much of which depends on Euro emission regulations which define the acceptable limits for exhaust emissions of new vehicles sold in EU member states.

It leans the same as a GP bike

Key to the road bike�s development but without much knowledge of doing so is Marc Marquez. While the reigning and double World Champion has been blitzing the field during the 2013/14 seasons on his RC213V, the feedback and development involved in the race machine has been directly linked to Honda�s new road bike. The Project Team behind the RC213V-S have been meticulous in creating a machine  that resembles the race bike as closely as possible, focusing on making in compact and manoeuvrable; a descriptive term repeated by each of the team throughout the press conference, in the written material and in subsequent interviews.

Hasegawa recalled the initial brief of the project was to �make the minimal necessary changes from the RC213V to create  MotoGP bike for the public roads� and those amends were only introduced to improve rider comfort, durability of the engine, to overcome maintenance issues and to comply with road riding regulations:

But those amends pale into insignificance when you consider the remarkable technology included in the RC213V-S. It is quite simply the most advanced road bike.

Only last week the Bike Social team embarked on a Superbike Showdown with 2015�s new sports bikes spending plenty of head-scratching moments flicking through settings on the Ducati, BMW, Yamaha and Kawasaki. However, try this for size: the Honda offers 5 riding modes, 3 types of power delivery, a 9-stage torque control system and 4 levels of engine braking. 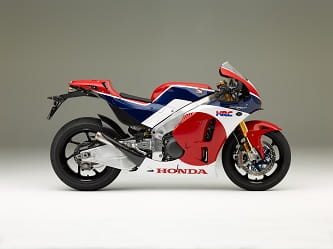 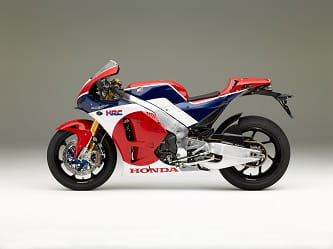 But what do you get for an extra �12,000 for your Sports Kit? A designated dealer equipped with the correct (and exclusive) tools can fit the sports kit post-purchase but it will mean use is restricted to closed road circuits. The track kit sees air ducts replacing the headlights, the exhaust is changed by removing the catalyzer and variable exhaust valve. It�s made of titanium and lighter by about 4.8 kg. The ECU is amended to amend power and, among other changes, to include Start Mode. Oh yes, press a couple of switches in a specific combination just like using your character�s �special move� in Streetfighter on the Nintendo and this allows you to limit the rpm for a racing start i.e. set the limiter at 7,000rpm, crank open the throttle to the stop and all you have to worry about is clutch release. That�ll be useful.

Other amends relate to the spark plug, thermostat, front cowl undercover. The engine internals remain the same, in fact we are told the bike is 80% identical to that of Marquez and Pedrosa.

The option of inversing the gear shift direction is available as is a 5-stage operational load option depending on heavy your left foot is on the gear selector. Front brake pads are changed and a data logger is included allowing for the rider to peruse their speed, rpm, grip levels and more via GPS data on a dedicated analysis program. There�s even a seatback rubber depending on the riders size, a set of paddock stands and an indoor cover included. 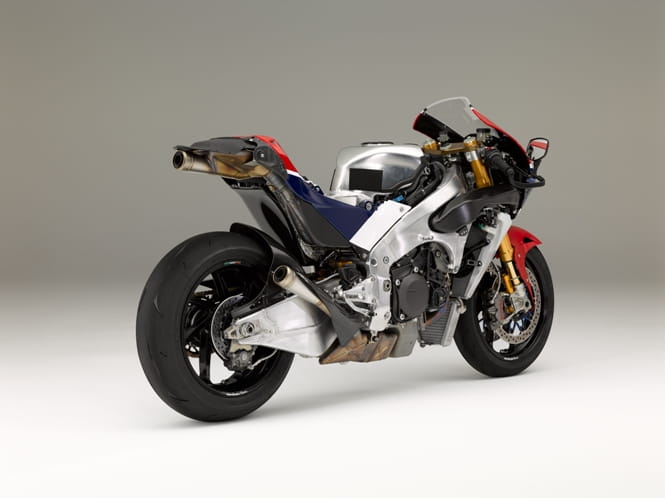 You may think the Honda doesn�t come with its own pit crew but when it comes to the level of maintenance required for such an advance machine Honda will organise transport of your bike to one of three main European-based �Preparation Centres�, although we understand there are likely to be more.

When the optional Sports Kit is added, the RC213V-S produces more than 212bhp yet when asked why the standard bike only produces 157bhp Hasegawa explained; �Power would have been easy to increase but we had to keep in mind distance and maintenance and we decided that this output was optimum.� 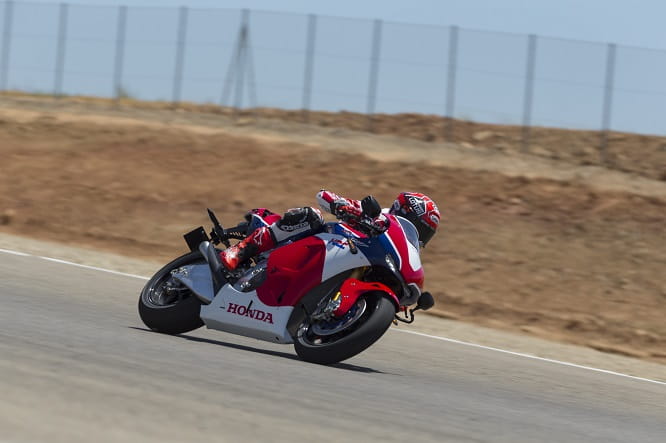 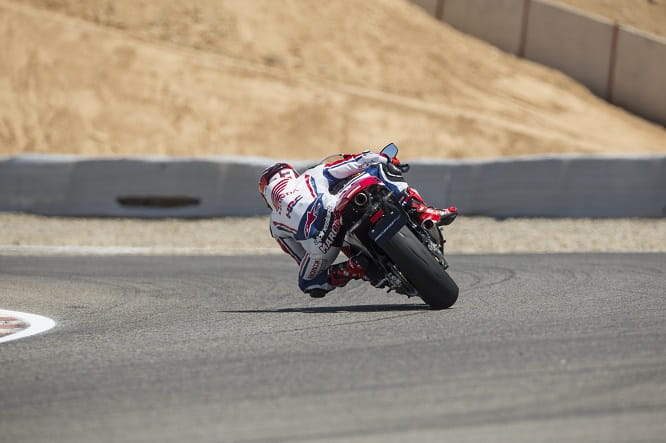 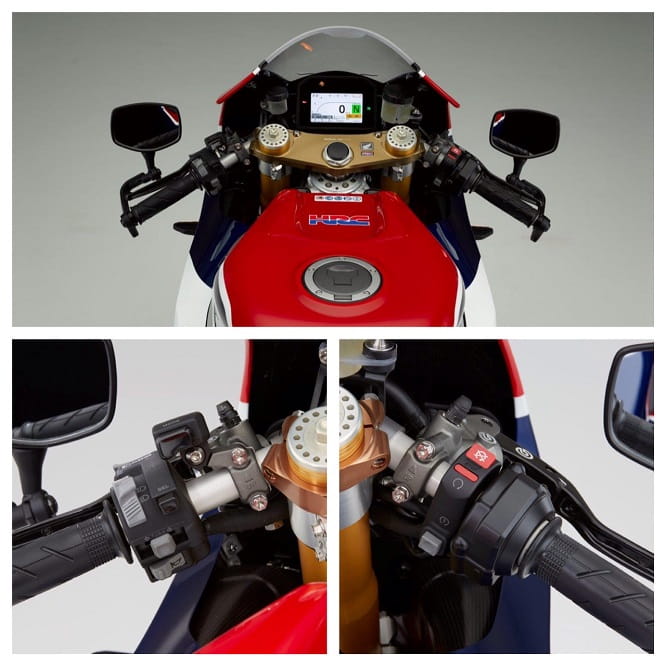 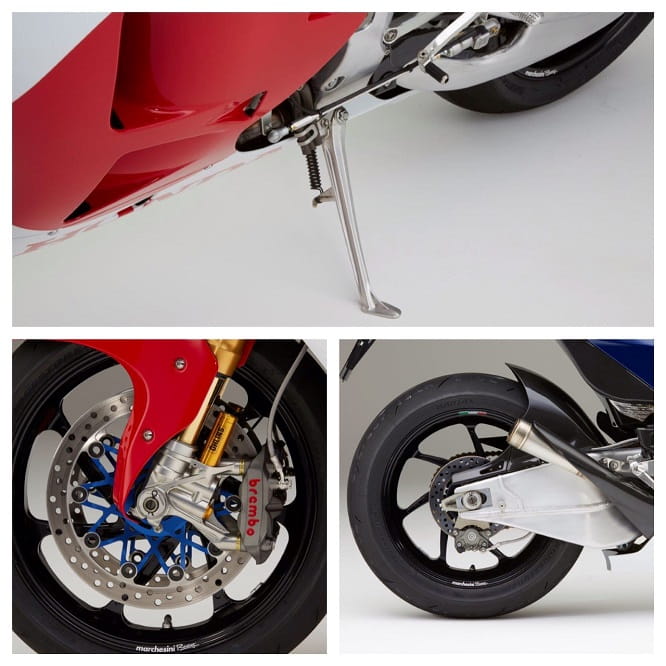 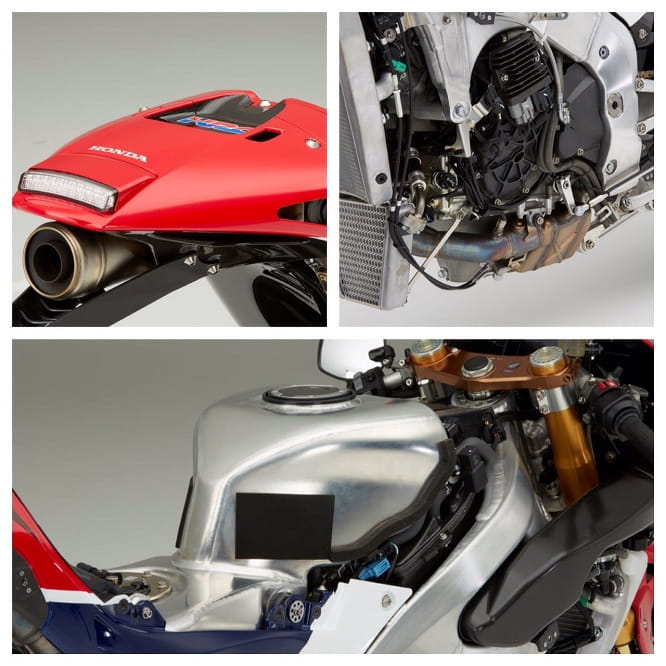 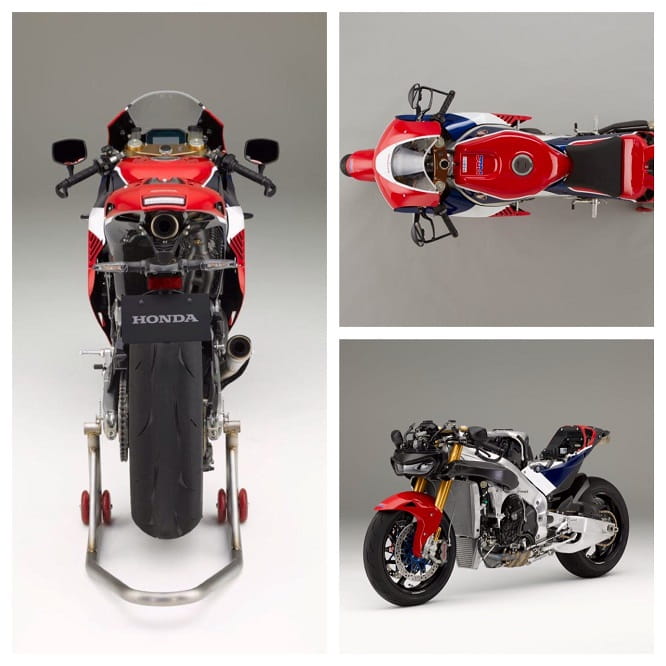 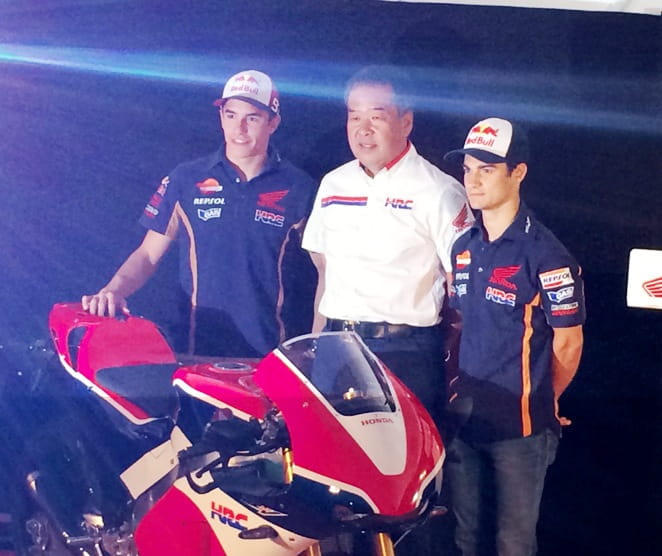 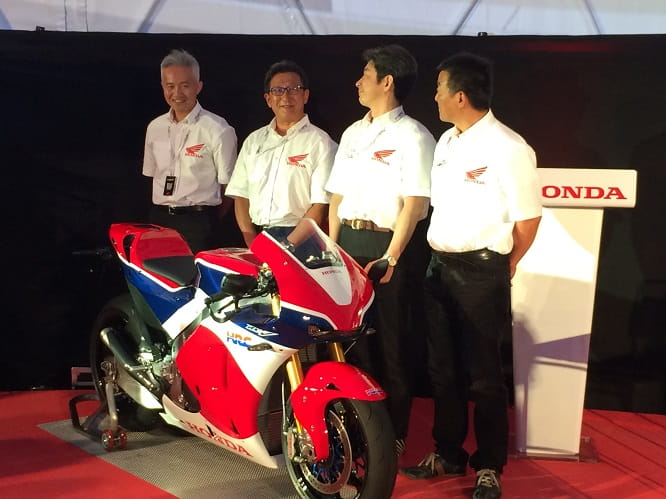 What is your opinion on such a technically advanced and unique motorcycle?