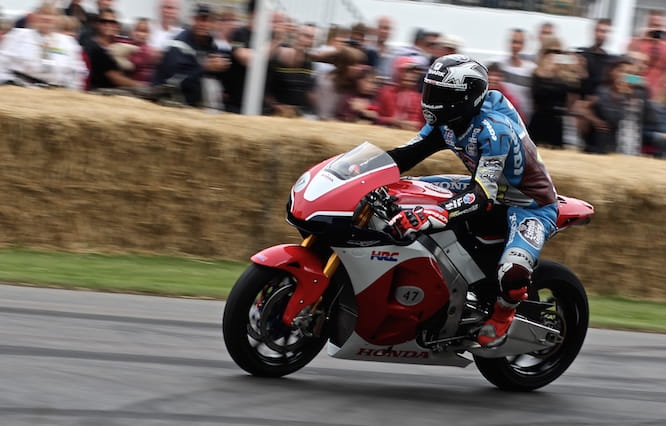 Honda first unveiled the new bike at EICMA last year before revealing full details of the machine ahead of the Catalan Grand Prix earlier this month. The MotoGP-inspired, liquid-cooled, four-valve V4 motor produces 157bhp, which can be boosted to 212bhp when fitted with a race kit.

Like Redding’s RCV1000R, the RC213V-S doesn’t have the seamless gearbox or pneumatic valves of Marc Marquez’ world championship winning bike, but every other component is closely based on the Spaniard’s 260bhp steed.

Redding was one of the first riders on the RC213V-S as it made its UK debut this weekend at the Goodwood Festival of Speed. World Superbike Champion Sylvain Guintoli and 23-times Isle of Man TT winner John McGuinness also got the chance to ride it. 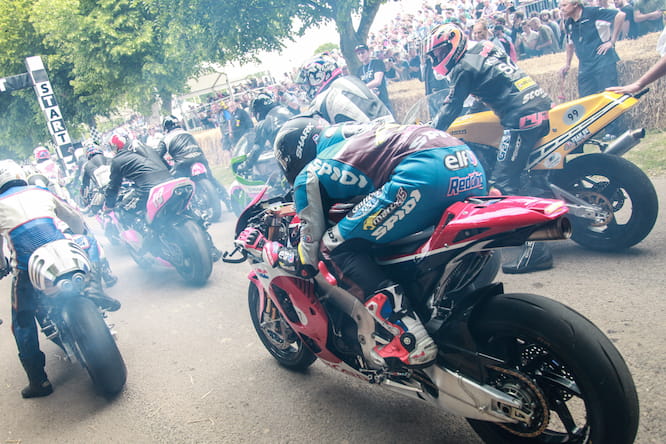 The British racer took the bike up the iconic Goodwood hill climb circuit twice on Sunday, pulling impressive stand-up wheelies to rapturous cheers from the crowd.

“What a great bike.” said Redding speaking to Bike Social after his second run. He said: “Its got the power but it’s not too aggressive. We changed the electronics mode as I wanted to pop a few wheelies and you could feel it was quite sensitive!

“I think it would make a really good track bike. On the road, it would be interesting but I think you might be better off leaving it in the showroom or garage making money!

“It feels identical to my bike from last year, its just got steel brakes instead of carbon discs, an electric start motor and a sidestand! It has really impressed me, the power is quite subtle which is good because trust me, MotoGP bikes aren’t easy to ride, but it’s still got that MotoGP feel.”

John McGuinness is more used to Honda’s flagship sports bike, the CBR1000RR Fireblade he rides at the Isle of Man TT races, but after storming to a dominant victory in the Senior TT this year. But Honda rewarded him with the chance to ride the all-new MotoGP bike for the road at Goodwood on Friday, making him the first person in the UK to ride the bike.

“It’s like a sewing machine; every single bit is bespoke, the build quality is stunning,” the King of the Mountain told Bike Social. 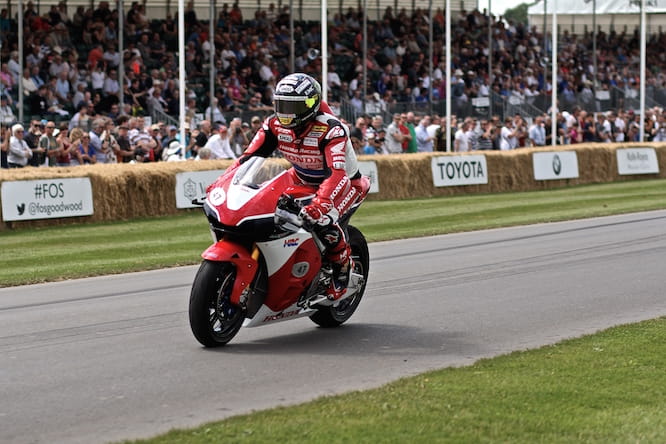 “I’d love one, I’ll be asking Father Christmas! The power delivery is great, it’s really smooth and it’s a V4, I haven’t spent much time riding V4s so it’s quite different to the inline fours I’m used to. I’ve never ridden a MotoGP bike before, but it’s exactly what I’d imagine one to be like.

“I’ve spoken to Casey Stoner and he says it’s so similar to the actual GP bike. It’s exactly what I expected from Honda, it’s so slick and everything runs like clockwork. It’s like a Swiss watch.

“You look at it and you just can’t knock it, I love it and love the whole thing about it. When you’re riding it you feel like you’re riding a MotoGP bike, it’s so cool. We only got one go on it up the hill on Friday morning which I was a bit gutted about as I’d have loved another run.” 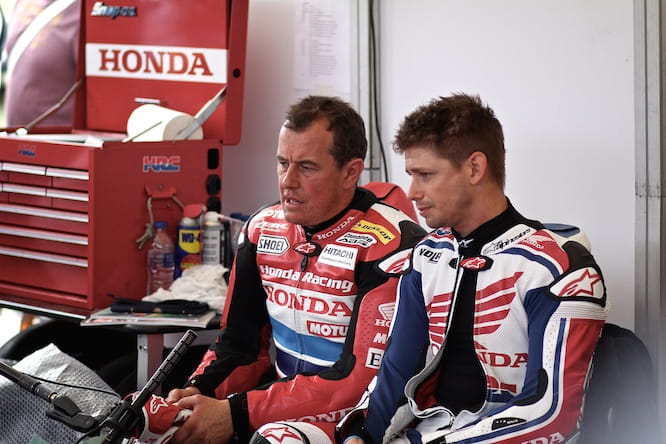 McGuinness even joked about riding the RC213V-S in an Isle of Man TT race: "I might need a Superstock bike for next year's TT," he said. "It might cost a lot but I guess it'll never go down in value. Imagine if you turned up to head down Bray Hill on one of those things!"

Prospective buyers will have to register their interest online before being vetted by Honda, who will then choose just 250 owners for the machine worldwide.