Kawasaki has revealed one of the biggest clues yet that they will unveil an all-new Ninja ZX10-R later this year.

They’ve has just revealed a list of models set to get new colour options for 2016 and their flagship sports bike isn’t on the list, suggesting it could be set for a little more than a new colour scheme.

The ER-6n will be available in three new colour schemes with what Kawasaki call a ‘creative pin-striping treatment’ to the fuel tank, a constrasting-colour rear shock and wheel stripes. It’ll be available in Green, Grey and White all with metallic spark black detailing.

The ER-6n’s faired sibling, the ER-6f will also get new colours, including the coloured rear shock and pinstriped wheels. It will be available in Green, with metallic spark black fairing fading to a lighter colour lower and in a similar style, it will also be available in red while in grey, it keeps a single colour approach. 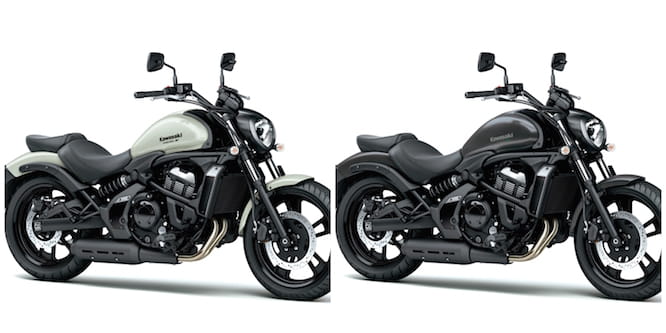 Kawasaki’s cruiser, the Vulcan S will also get a new lick of paint next year, with matt grey and white colours available from early 2016.

With the latest incarnation launched just last year, the Versys 650 will get four new colour options for 2015, including matt carbon grey, matt orange and ‘pearl stardust white’ all combined with Kawasaki’s metallic black.

All new colour options are available on both ABS and non-ABS models.

Kawasaki say this is the 'first of many' announcements due from the Japanese firm before the end of the year. Could a new ZX-10R be one of these?