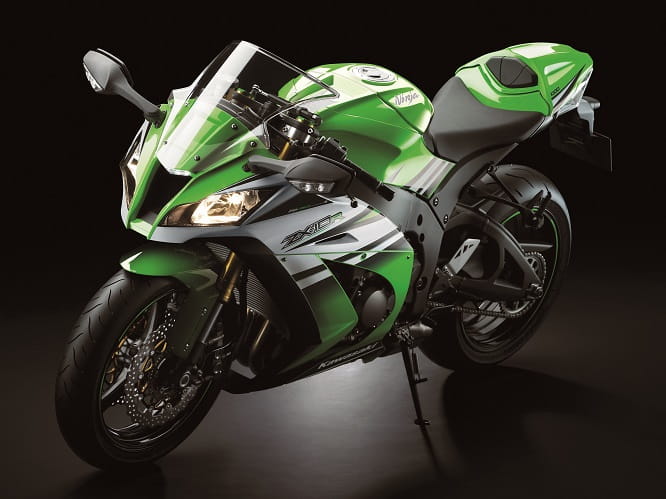 Kawasaki’s ZX-10R might currently be the dominant force in WSB but it’s set to be revamped for 2016 as the firm implements tweaks to ensure it remains on top.

Above and beyond that, there are hints that the bike could follow the lead of rivals Aprilia, Ducati and Yamaha by introducing a second, high-spec version that homologates certain components for racing.

In many respects, Kawasaki’s continued performance in World Superbike racing this year is a surprise, since 2015 saw the introduction of tough new technical regulations that severely restrict the modifications permitted.

Back in 2014, teams were free to replace the valves, pistons and piston rings with purpose-made racing components, as well as altering their cylinder heads and crank cases by adding or removing metal. For this year and next, none of that is allowed – the pistons, rings and valves must be as-standard, and the only a small amount of modification is permitted to the heads and crank cases. So it’s little surprise that several manufacturers opted to launch new or updated superbikes for 2015, including BMW and Aprilia – as well as improving their performance on the street and in showrooms, the updates could integrate components that would benefit race teams hoping to compete in any national or international racing that conforms to FIM superbike rules. 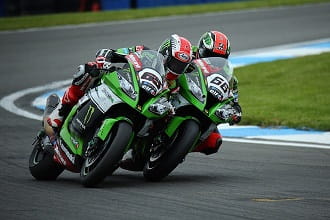 Kawasaki wasn’t among those manufacturers, but it’s planning to be on the case for 2016 with an updated ZX-10R. The firm’s WSB team manager, Guim Roda, admitted as much in an interview with Germany’s Speedweek, saying: “In 2016 there will be a new Kawasaki ZX-10R. The concept is the same as the current bike, but with a few detail changes to make it more competitive. The technical rules this year are more restrictive than in the past, so you have to develop a motorcycle with an eye to the sport. For us, it’s about eliminating the existing restrictions. So we propose the same path as Aprilia, Ducati and BMW, who have already brought new bikes this year. Kawasaki decided to change strategy and to bring a product that is tailored to the racing market.”

Although the 2016 ZX-10R is expected to be an evolution of the current model’s thinking rather than a clean-sheet design, it’s still expected to get improvements in the chassis and swingarm as well as the engine and electronics.

Outside racing, exhaust emissions are a big priority for the next-gen ZX-10R. The current model, launched in 2011, achieves Euro 3 emissions levels needed to be sold across Europe at the moment, but by the start of 2017 all bikes will have to meet tougher Euro 4 standards. Although it’s hard to find figures to show how close the existing European-spec bike’s emissions are to Euro 4 levels, the ZX-10R already struggles to pass American emissions rules. In the States, the existing bike has always been sold with a peak power that’s down around 20bhp on the European version’s 197bhp, with its peak power coming at just 11,000rpm instead of the 13,000rpm that European riders can enjoy. 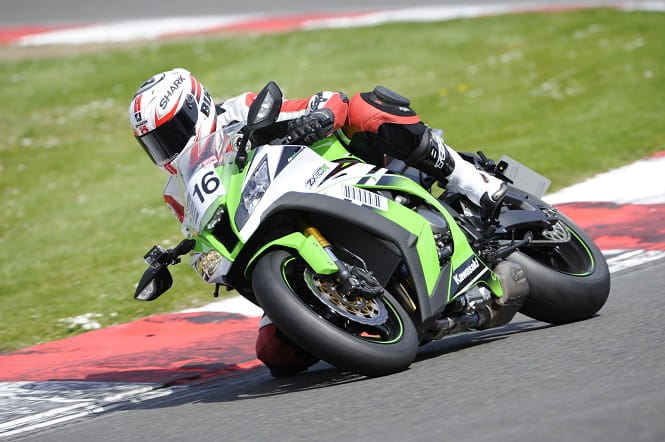 While measured differently, making direct comparisons hard, the Euro 4 standards are believed to be at least as tough as the current American EPA emissions rules, so if Kawasaki is to avoid cutting the ZX-10R’s performance, it needs to update the bike to make it cleaner without any loss in power. Perhaps tellingly, Kawasaki has already submitted emissions figures to American authorities for many of its carry-over 2016 models, but at the moment it hasn’t put in the paperwork relating to the 2016 ZX-10R – which further suggests that the bike is going to be changed.

So, what can we expect beyond a cleaner, more powerful and more race-ready engine? Well, the basic recipe is likely to remain, with much of the engine being carried over, albeit with changes to internal components. The frame will surely remain an alloy beam design despite Kawasaki’s dalliance with a steel trellis on the supercharged H2, and the brakes and suspension will still be the usual combination of upside-down forks and massive radial callipers. 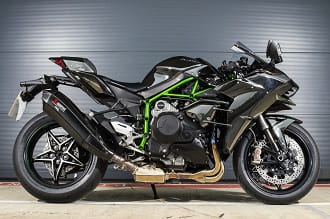 What will be new is the styling, which is likely to take a leaf from the H2’s book and gain a more aggressive style, with smaller headlights, possibly even a single, centrally-mounted one, as on the H2. A less welcome change may well be a larger exhaust to help combat noise and pollutant emissions, although Yamaha’s latest R1 shows that clever design can accommodate large exhaust boxes without the need for a massive end can.

Electronics will be another area where the ZX-10R improves. Kawasaki already has a tie-in with Bosch for its traction control and ABS systems on the existing ZX-10R, which was a clear leader in that department back in 2011. By simply adopting the latest-generation of Bosch systems it will be able to instantly be on terms with the best of its superbike rivals once more. Kawasaki must surely also be looking at technology like semi-active suspension, which several of its competitors – the Ducati Panigale, Yamaha R1M and BMW S1000RR – have already started to offer.

Can Kawasaki challenge BMW, Ducati and Yamaha for the road honours?  or