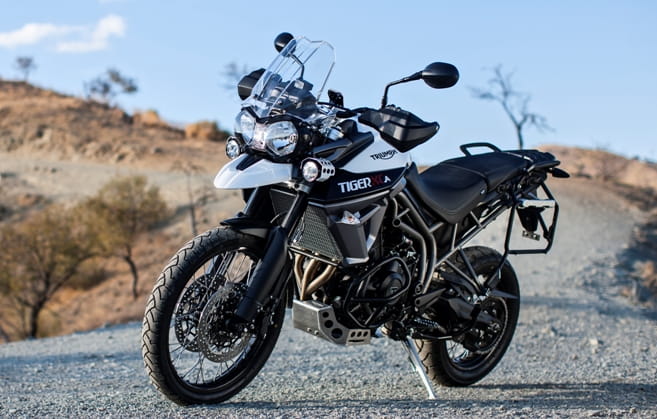 Triumph has added two new premium models to their already excellent 2015 Tiger 800 range. The XR and XRx have been joined by an XRT while the XC and XCx now have an XCA as their stable mate, resulting in a total of six bikes all using the new-for-2015 94hp, three cylinder engine.

The XR range is the more road-biased while the XC trio offer off-road terrain ability too with their sump guard, engine bars and longer suspension travel.

The price of both new tour-focused, top-of-the-range models is expected to be £500 more than the ‘x’ model which means the XRT should be £9,999 while the XCA is at £10,499 and both will be in dealerships later this year. 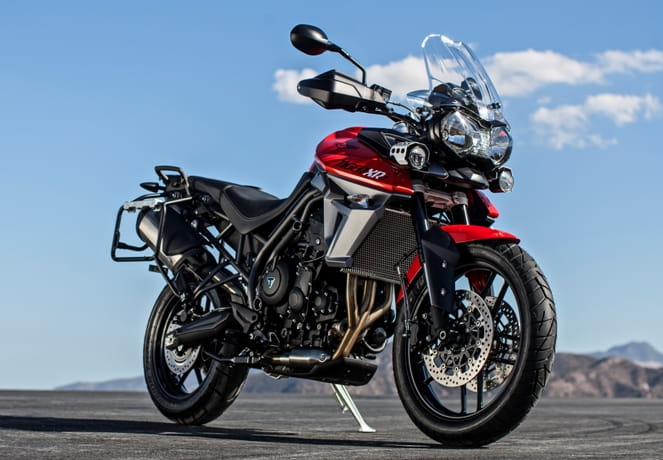 Triumph only released their upgraded range at the beginning of this year with a heavily revised 800cc engine claiming to be 17% more efficient with an added ride-by-wire throttle. A bulk load of technological refinements were also included such as standard fit traction control, switchable ABS, cruise control and three riding modes to control throttle maps, ABS and traction control.

Both new models get heated rider /passenger seats, heated grips, fog lights (LED on the XCA) as well as a larger capacity (650W) alternator to power them as well as other ancillary devices such as GPS systems or heated clothing. There’s also a handy 3rd 12v power socket.

Also new is the tyre pressure monitoring system, CNC machined foot rests, aluminium pannier rails are fitted and ready for the optional (and new) Expedition luggage system. Each new model comes in a new colour; Intense Orange on the XRT and Matt Khaki Green on the XCA

Do you have one of the new 2015 Tiger 800 models? How do you feel about the two new bikes being unveiled just 3 months after the original range?