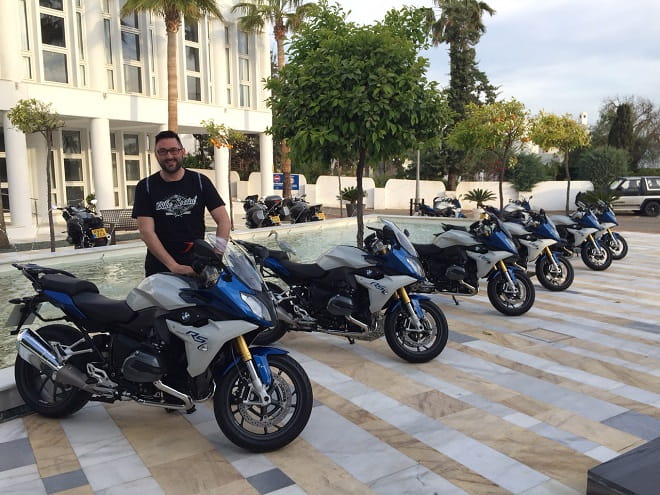 It's designed to be a comfortable cross-country tourer, but with a big emphasis on sport too. The styling, for instance, has been designed to copy some key elements from the BMW S1000RR, most obvious in the front lights.

Three versions of the bike are available - the £10,835 R1200RS, the £11,080 RS Sport, and the R1200RS Sport SE at £12,915. The more you pay, the higher the spec you get with thingh like traction control and gear shift assist on the Sport, upt to electronic suspension and cruise control on the SE, for example.

Bike Social's Marc Potter is in Spain for the bike's launch and after the first 50 miles here are his first impressions live from a layby somewhere near Alcarras. He said: "The new RS hovers in that tricky ground between a full blown tourer like the RT, the naked R and the GS. It's a rapid sports tourer that's comfortable and well put together. It feels a bit heavy at the front at first, but that soon disappears at speed.

The electronic suspension is set up on the softer side of sporty but it can hustle, and it's an impressive all-rounder. We're following two-times TT winner Steve Plater as our guide rider, so you can imagine the pace is fast!"

Come back to Bike Social for the full story later. 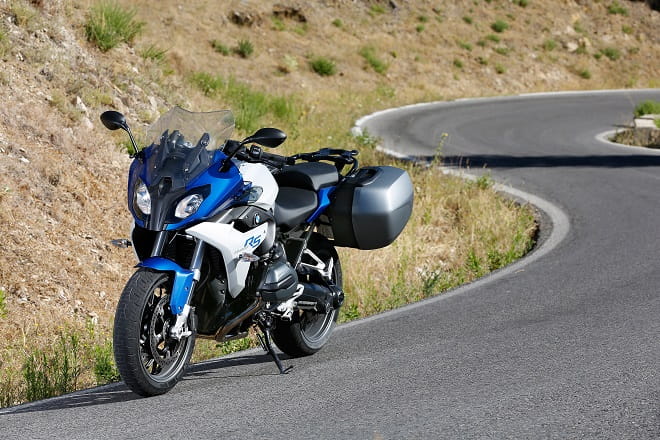