Prague, the quick way… by Harley 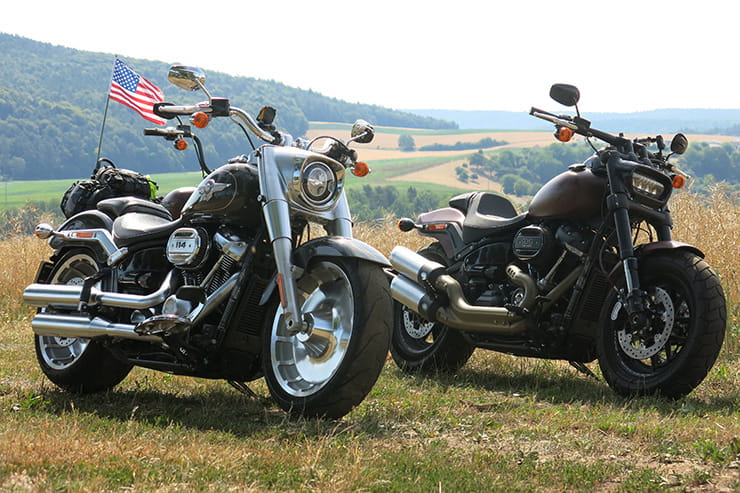 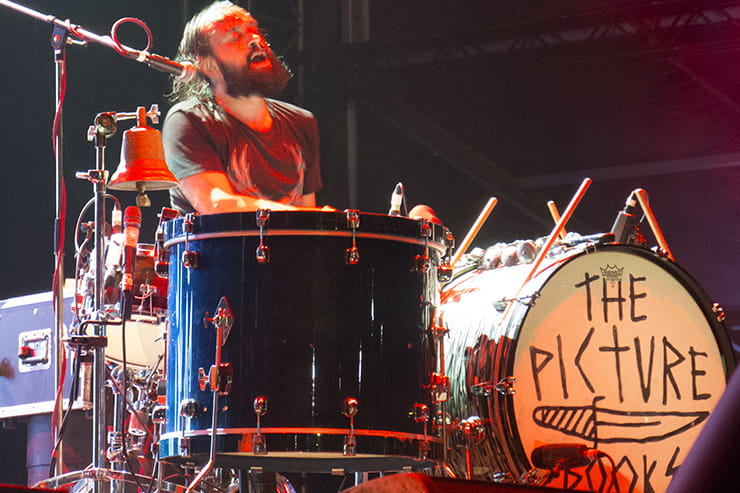 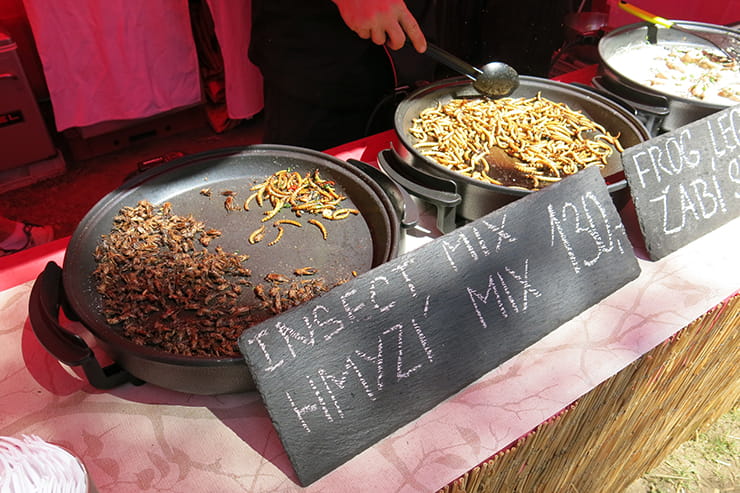 Five things to know before going touring with your mates:

What kind of Harley owner would turn down the chance to ride to Harley’s 115th birthday bash in Prague on a brand new 2018-model Fat Bob in the company of some fast-but-daft riders? Not me, I couldn’t wait. We met at Folkstone, Tuesday morning, ready for an early Eurostar and a fun day ahead through France and into Germany. What I hadn’t realised was that England were playing football against Columbia that night and most of our party (who were strangely all riding bikes with screens, apart from me) decided to take the motorway route so we got to the hotel in time for the match. Really? Football… you’re kidding me right?

Turns out they weren’t kidding. BikeSocial’s Fat Bob has enough miles on its bores now to have loosened up nicely, but it’s still not quite as quick as it will be. I love the power, the strong low down acceleration and the fact that your average sports bike rider still races you through at least three sets of lights before they realise you aren’t going away. For short blats of speed my new mate Bob and his 1800cc motor is brilliant. After 300 miles on the motorway, chasing a bunch of ageing hooligans, desperately holding onto wagging, weaving high-speed handlebars behind an enormous screen, the novelty wears off. Yes, I could have ridden slower and yes, our designated tail-end Charlie would have had to slow too to keep us all together. But for the first 100 miles I was kind-of enjoying it, and after that it would have been rude to slow them down and miss their match. Apparently some sport involving grown men in short trousers acting like spoilt kids, falling over and crying is ‘coming home’ and so it’s important that we watch it. 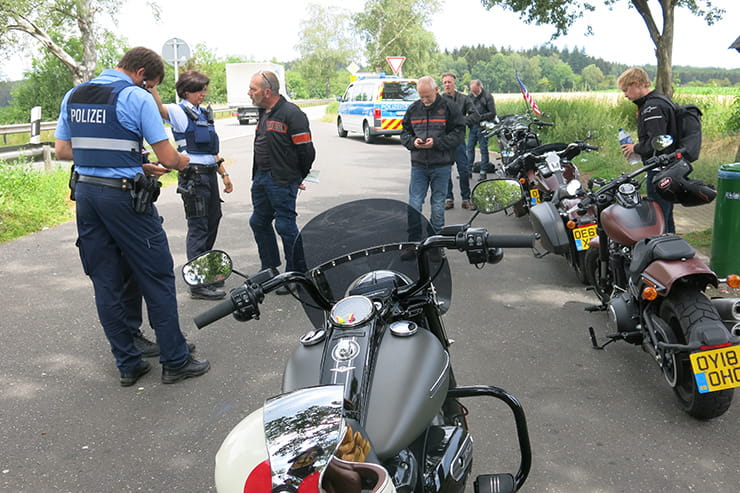 German policemen are grumpier than French ones

Every seasoned tourer has a tale of French Police benevolence. Our gallic chums love motorcycles and it rarely takes much to talk your way out of a problem. Not so in Germany. After a few brilliant miles on our second day, we might have all strayed over a solid white line. Nothing dangerous – on a bike you can see further and accelerate quicker on a machine that needs a fraction of the space of a car. If only I’d paid more attention at school I might have been able to explain this to the polite Polizei currently relieving me of my Euros. They chased us all down, had the same chat with each rider and fined us ten Euros each for our indiscretion. When I asked if I could pay him a thousand and ride on the other side all day he just looked confused and asked ‘why would you want to do that?’

We should be grateful, it could have been worse. And then it was. Because the time taken being processed meant we were much later than planned and enough of our party then decided we’d be better off taking the motorway to make up time that my protests about doing otherwise were ignored. Germany’s twisties are brilliant. Germany’s autobahns are brilliant too, but not on an unfaired Harley. 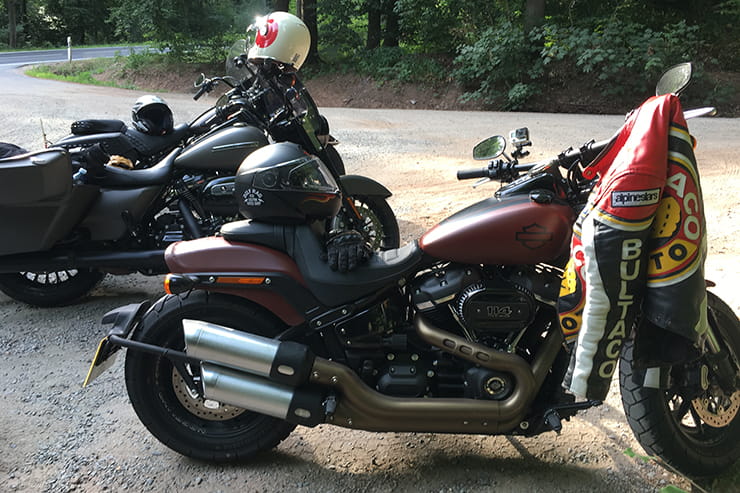 Don’t be the one who forgets your phone

The other reason we were so late that we ended up on the motorways (again) was that some bright spark decided to try and get a photo of the German cops nicking us all. Great idea, but then he got distracted, put the phone down on a wall and promptly forgot it when we set off again.

So we had to go back to get it and then we had to do mostly motorway again. Thankfully, it was roadworks season and the German engineers had kindly put plenty of cones out at the perfect distance to test the Harley’s high-speed slalom agility. Looking at the Fat Bob’s fat, high-profile front tyre you might think this would be a bad idea. You’d be wrong. It’s a surprisingly agile bike and an awful lot of fun too. 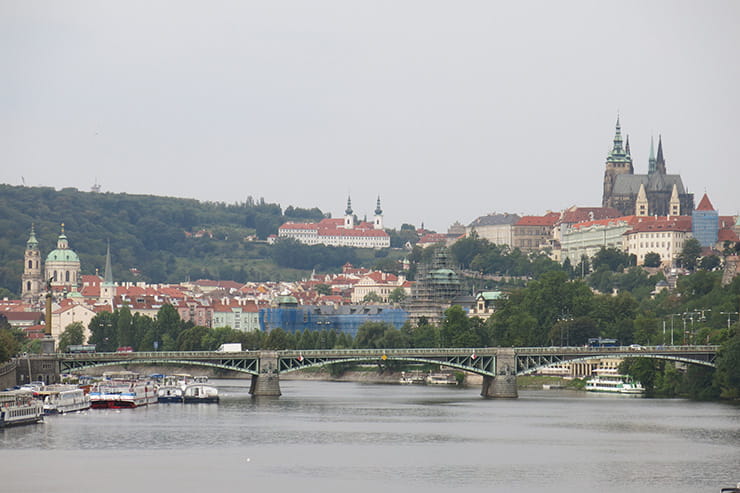 Remember that every European trip is a gas on a motorbike

Ok, we didn’t take the greatest roads, got distracted by men in short trousers hugging eachother and  playing with their balls and missed out on several hundred miles of prime Euro-twisties. But we had the kind of laughs you can only have riding with a bunch of daft mates, doing suitably daft stuff away from home on the road. Our trip’s appointed grown-up still doesn’t know who filled his Ultra-Glide’s panniers and top box full to the brim with water, adding around 100kg of additional weight, but he was mightily impressed with how light Trevor’s Street Glide felt in comparison.

Ok, I Iove Harleys, you know that already. This trip on different bikes would have been faster, scarier and probably a lot less fun. We didn’t hang about and we could have gone even quicker – it wasn’t the bikes holding us back. If we’d been on very different bikes it wouldn’t have been as memorable, but because we were all on Harleys we were all about as fast and needing to be as daft as eachother to stay entertained. 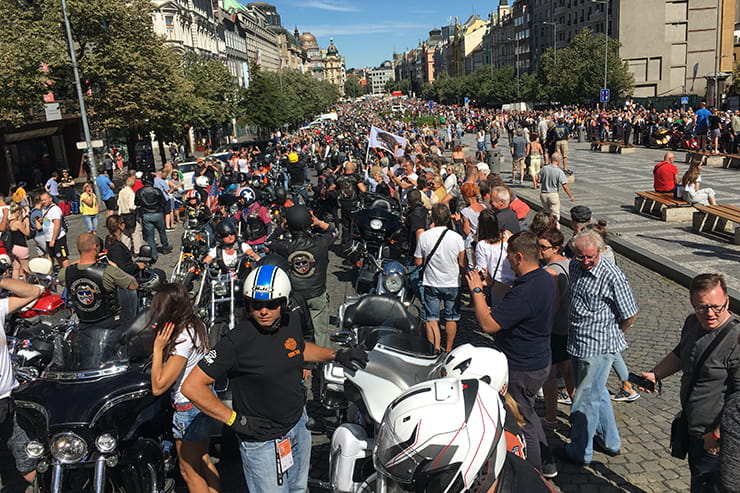 Choose a destination with some proper entertainment to look forward to

Prague was good and bad. The locals aren’t always friendly and I think you’d need a while here to work out how to fit in. The Harley rally was amazing though, with loads to see and do and some great entertainment. The big parade saw tens of thousands of bikes riding on closed roads through the city with what seemed like the whole population waving us on.

And somehow a Yamaha or BMW rally (BMW’s big Garmisch bash was on the same weekend and that’s even more hardcore and much more serious) wouldn’t be as entertaining or have the same sense of camaraderie and achievement when you get there.

The only downside for me is that Harley’s Euro rallies do cement the clichés and the stereotypes. There are a lot of middle-aged mid-European men and women in ill-considered leather clothing, pretending to party like it’s 1969. Understand that and embrace the experience and you’ll be fine. Don’t try and be the coolest kid at the rally, instead enjoy the experience of being in a real live Euro-cheese Mad Max theme park and be prepared to see the funny side.


Do I need travel insurance?