The road passed through the northern Mexican provinces of Coahuila, Zacatecas and San Luis Potosi, I made it as far as Oaxaca before being spotted by anyone driving a pickup with gunny bags of whatever the raw materials are to make cocaine. Not having panniers made my bike less of a catch as it wouldn’t be able to carry much but it would be hellish quick up a dark track with just a few body parts strapped to the back. In a lighter vein, in the tradition of the early corridos, stories are put to song in a danceable polka, waltz or mazurka rhythmic base. The Mexican revolution of 1910 told of fighters and their ways of life but now this narrative ballad genre has at times focused on drug smugglers and the narcocorrido lyrics are compared to the style of gangster and Mafioso rap. Drug troubadours started to take route in mainstream art consciousness but most of them have been shot. As mentioned in a previous blog, in 2012 my mate Jim escaped with his life when he was kidnapped driving my Ford Ranger, he was released a while later. The vehicle had a reconditioned engine and the paintwork was in mint condition and was the best vehicle I had ever owned and every time I saw one drive past that looked like mine, it made me want to ask if I could please have it back.

At Matehuala I’d got my accommodations down to $15 a night, eeking out my Yamaha funds as if my life depended on it, and in these parts that is a very poor joke. Driving further south through Puebla a police car pulled me over and recommended I find a hotel before dusk as it was extremely dangerous at night. Somewhere on the highway I was running low on fuel and a guy misinformed me that I was 100kms from the nearest gas station when it was much closer and doable. Instead a Federal Police officer passed by, grabbed a water carrier and drove off to find some fuel returned a short while later.

At the cassetas, the toll stations, chaps had sticks that extended across both inlet and outlet points and like canoe paddles were angled in a particular way to solicit the most coppers. It’s easy for me to say, but as soon as you step outside the simmer of a white male, western middle-class world, there was poverty everywhere. From what I saw, a different layer of fiscal capability slightly above nothing is another way of putting it. I think as a traveller it’s easy to look around and say how cool is a country when the deception deep down hears a voice that says something is not quite in tune. 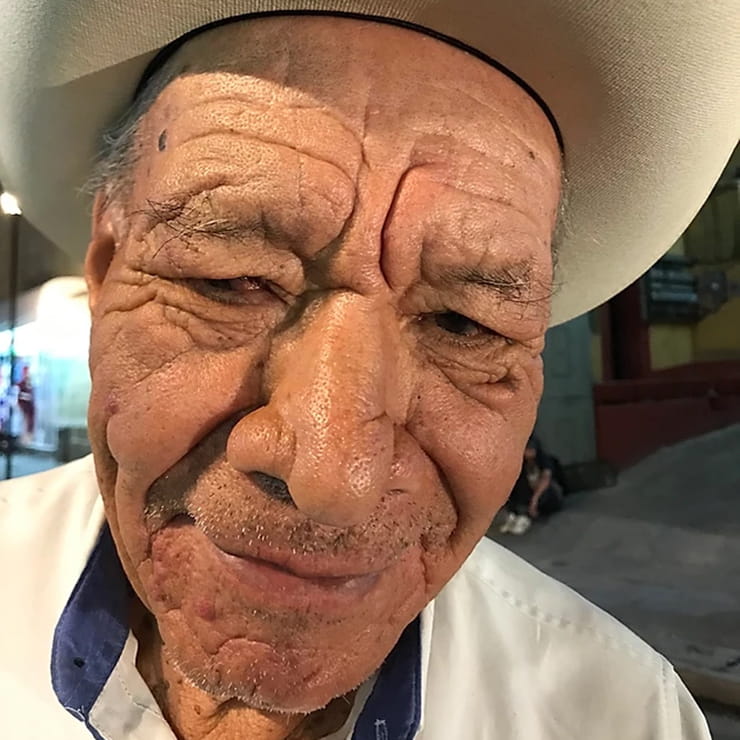 Meanwhile I’m still alone and troubled. My goddam cappuccino isn’t as hot as I like it! In Cafe Brujula opposite the church of Santa Domingo I’m in Oaxaca southern Mexico surrounded by people having a good time and they do not serve their coffee hot. I’m the weird bloke on his own typing into his phone occasionally smiling, at presumably something I’ve written that only I find funny.

Over the years my research tells me that if you’re a middle-aged single woman and not extremely ugly you never get invited to parties because the host thinks you’ll run off with someone’s husband. Similarly, any biker might look completely odd wearing motorcycle boots and stupid hair, but rest assured you are ten times more interesting than these sad couples clinging onto each other in case one or both might disappear.

So ipso facto I remain an enigma and alone. It’s brilliant being enigmatic, but is it really a heresy to admit that really all you want is to be with your mates? This is not why I like motorcycling around the world. Perhaps if I were brave enough to ask that bloke in the pickup for a cupful of whatever he’s got in his hessian sack, happen I’d be the life and soul of the party, but instead I drink my coffee and head back across the city stiffened like a strong breeze blowing around all of us with the usual internal incriminations asking why we do what we do and would we prefer to do something else instead. Happy New Year! 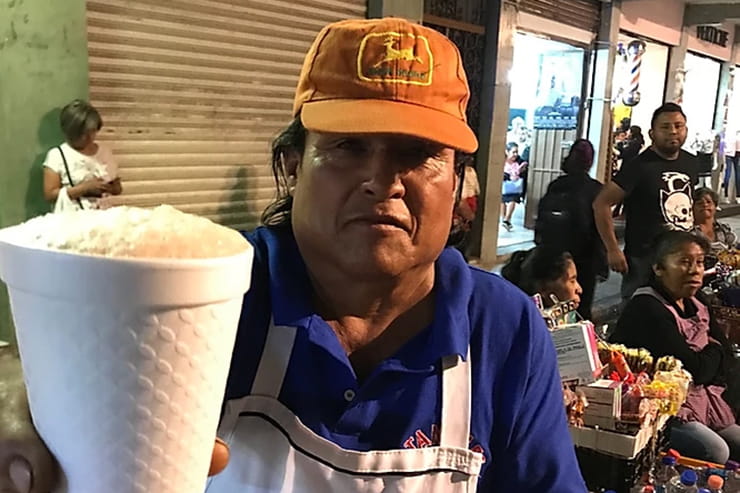