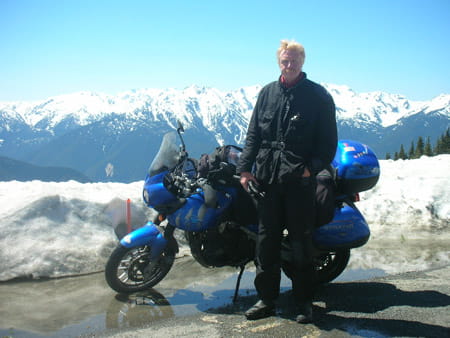 Based in Belfast, the former Sunday Times journalist has also regularly contributed motorcycle-related features to the Metro series of newspapers and the Irish Times, making him the most widely read bike columnist in the UK and Ireland. He has also written about travel for the Daily Telegraph, the Sunday Telegraph, the Independent, the Independent on Sunday, Wales on Sunday and Escape, Ireland's biggest travel magazine.

Geoff is particularly known for combining his two main passions – travel and motorcycles – and from July, he will be a regular contributor to Bike Social’s new travel section. 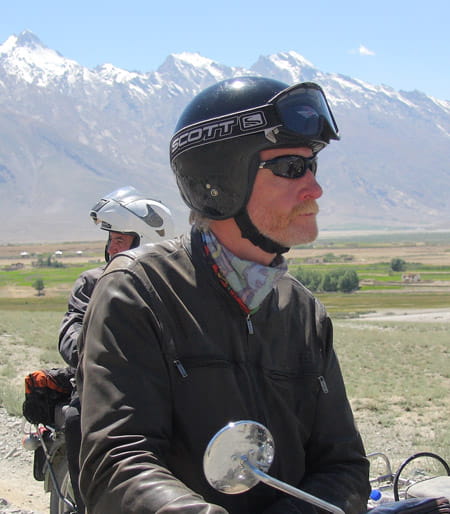 His first travel book, Way to Go, on two great motorcycle journeys – from Delhi to Belfast on a Royal Enfield and Route 66 on a Harley – was published in April 2005 and was the Mail on Sunday's book of the week, nominated for UK travel book of the year and has been reprinted six times. The sequel, The Road to Gobblers Knob, on a ride from Chile to Alaska along the 16,500 miles of the Pan-American Highway with former Isle of Man TT winner Clifford Paterson, was published two years later and went straight to number seven in Waterstone's paperback best sellers list.

His next book, Anyway, Where Was I? Geoff Hill’s alternative A-Z of the world, was published in September 2008 and also went straight into Waterstone's best sellers list. It was followed by Oz: around Australia on a Triumph, co-written with fellow journalist and biker Colin O’Carroll, which was published in November 2010 and sold out in Amazon in two weeks! The accompanying DVD is also on Amazon, with the TV documentary expected soon.

Finally, In Clancy’s Boots, out on October 23, sees him celebrating the incredible journey of Carl Stearns Clancy, the first person to take a motorbike around the world 100 years ago, by recreating the journey – complete with Clancy’s original boots from the trip.

Geoff’s two-wheel adventures over the years means he has a plethora of interesting stories to tell as well as top tips for planning motorcycle adventures of your own. Don’t miss the first installment of Geoff’s column on Wednesday 17 July, exclusively to Bike Social!