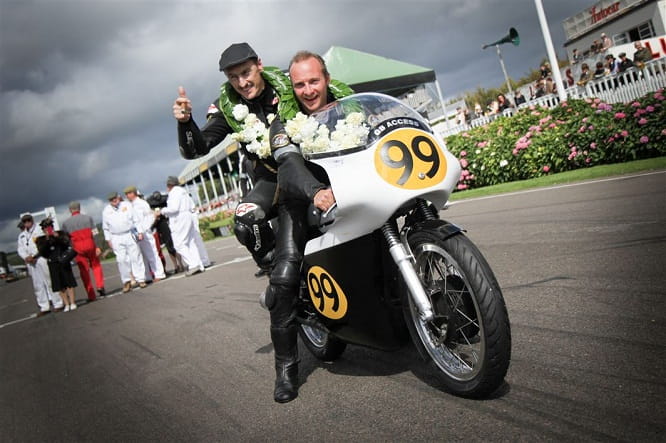 The who’s who of bike racing history stepped back in time this weekend with a trip to the 1950s for the prestigious Goodwood Revival festival, where the two-wheeled action came up trumps once again.

The two-part Barry Sheene Memorial Trophy proved to be a thriller, with both legs settled in the final stages including an incredible last-lap battle between Jeremy McWilliams and James Haydon.

The first leg was dominated by the MV Agusta of Glen Richards and Paul Curran, until the Itaalian machine broke down with just under four minutes to go. The MV’s power had given it an advantage on the straights, allowing Richards to build a significant lead before the rider swap.

It all changed the pit stop, with Duncan Fitchett’s Manx Norton closing in on the MV until Curran was forced to pull off the circuit with technical issues.

Fitchett went on to take a convincing win ahead of the Michael Rutter/Michael Russell Norton in a somewhat surprised second place, with the similar bike of Steve Brogan and Ian Bain crossing the line third. 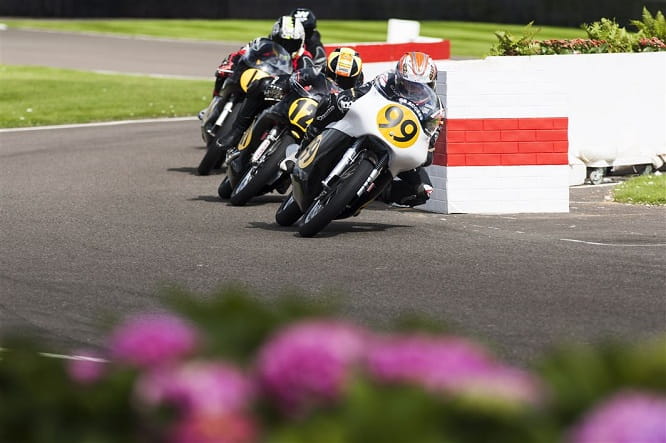 The second leg proved to be just as dramatic, with Fitchett making a magnificent start aboard the Norton, but Russell and Mike Edwards’ Matchless G50 were never far behind.

As the machines came into the pits, former British Superbike star James Haydon took the lead on the Matchless, but it wasn’t long before a Norton was back in front, with former 500cc Grand Prix podium man Jeremy McWilliams on a charge.

From that point the pair were nose to tail, fighting until the final chicane where Haydon held a defensive line to hold off the Northern Irishman for the leg two win.

Second place was enough to secure McWilliams and Fitchett the overall victory, with Russell and Rutter second on aggregate and Mick Grant and Gary Johnson third, completing an all-Manx Norton podium. 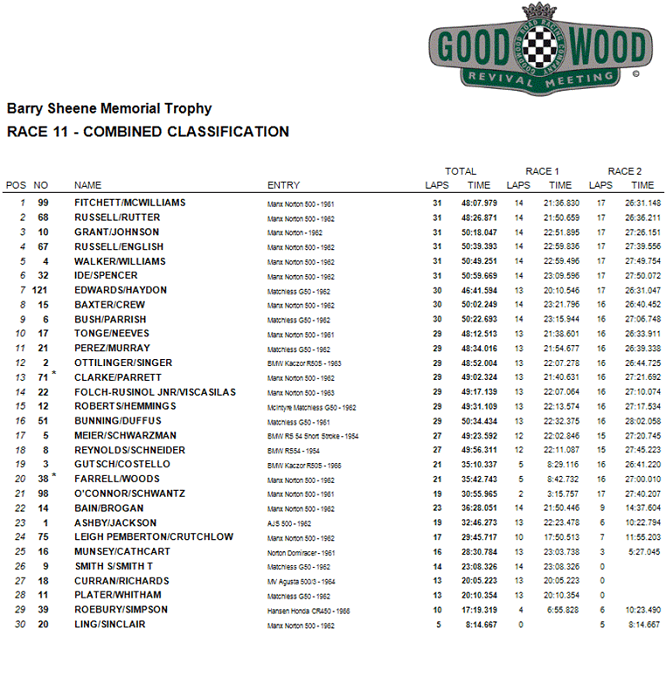