The Commuter Challenge: Suzuki Burgman 400 and Address 110 vs. Southern Rail 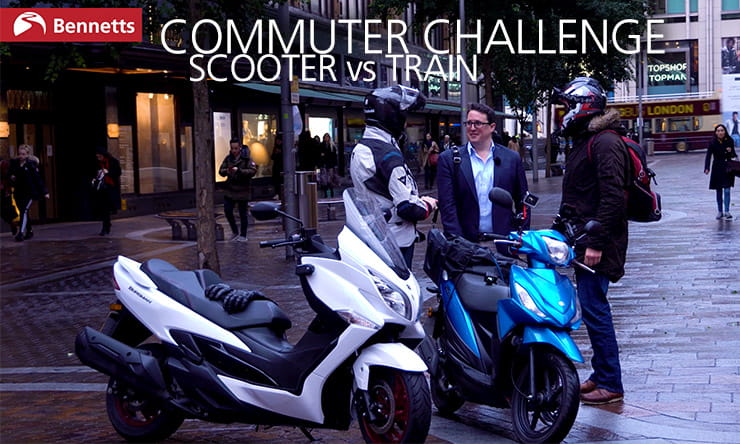 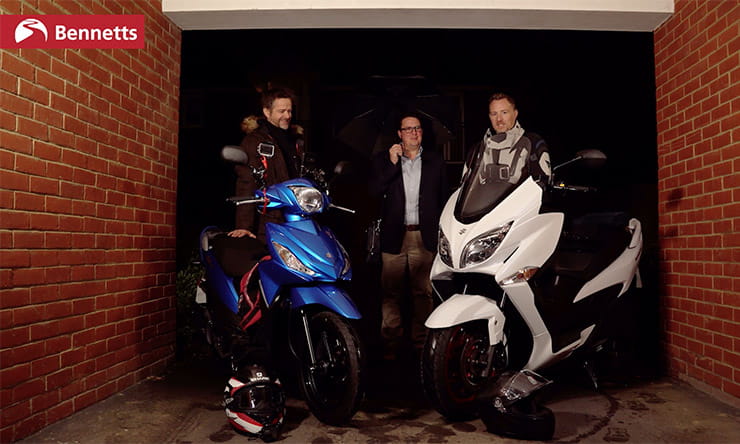 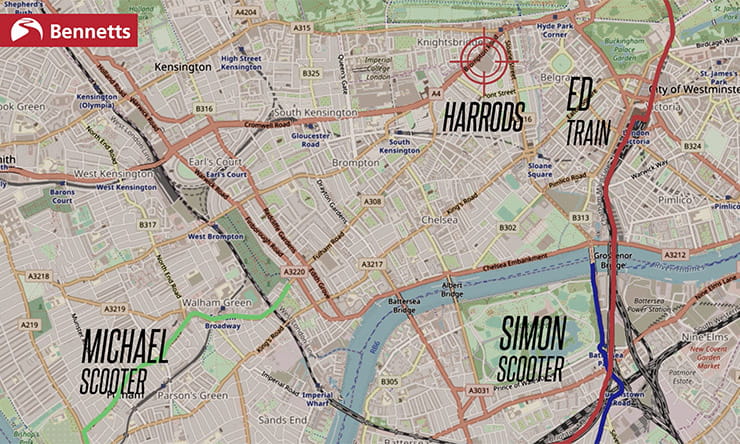 With train ticket prices increasing at a higher rate than inflation every year and a service, particularly for commuters, that is generally inconsistent, rarely running on time - if at all with those leaves/snow/people on the line, why do regulars still fork out a small fortune to have any remaining form of Monday motivation sapped out them week after week after week?

The solution isn’t exactly revolutionary. After all, motorised two-wheelers have been around for a while now. And they’re comparatively cheap when you spread the equivalent costs of getting from home to work and back again over a couple years.

Not only will they save you a few quid but the flexibility of setting off when it suits you, with a vastly more predictable arrival time plus the joy that riding a scooter or motorbike brings as well as all the time saved all adds up to the most obvious and life-affirming answer.

In a Top Gear style, we set ourselves a challenge that we call ‘Scooter vs Southern Rail’. Take exhibit A; my mate Ed, who commutes daily from his house on the outskirts of Haywards Heath to Knightsbridge in Central London, to his place of work - Harrods, the world’s most famous department store. Ed usually pays handsomely to walk, cycle, drive or cab the 1.8-miles to Haywards Heath station at 7am, then he stands very close to other people’s armpits for a while until he walks, tubes or cabs from Victoria station to Harrods. A route that can take 1h 30m… on a good day.

Exhibits B and C are all-star bike journalist, Simon Hargreaves, and myself who are equipped with Suzuki scooters – one that complies with a CBT licence and another that’s an A2-friendly version. Each will take an alternative route. For this test, the Address 110 won’t be permitted on motorways so Simon will opt for the most appropriate journey considering his horsepower, while I will cover the 40-miles up the M23 and A23 – which Google thinks will take 1h47 in a car. Except I’ll be equipped with a 2019 Suzuki Burgman 400.

Even though we already knew all motorcycles and scooters are brilliant, here’s some damning evidence that your pocket will be grateful as well as the time you’d save and quality of life enhancement too.

How much is it to commute by train from Haywards Heath to Victoria (restricted route)?

How much is it to commute by scooter? – Suzuki Address 110 (CBT Licence friendly)

A CBT allows you to ride a motorcycle up to 125cc and with a power output of up to 11kW if you’re 17 or over but only last two years. Then you can either take it again or go for your full test.

In this example, the more direct yet non-motorway route of the Address 110 prevailed with a door-to-door time of 1h 36m. Despite the theoretical three motorway lanes and their accompanying speeds, actually the traffic build-up, 50mph limit on the M23 and A3 roadworks meant the Burgman was five minutes behind to the finish line while, courtesy of some signalling issues, the train commuter had three more minutes to enjoy another slurp or two of coffee and came home in third place.

Cyclists and their persistence with falling under buses has meant over the last 10 years the development and implementation of a permanent infrastructure of cycle superhighways has eaten up space on the London roads. They are a brilliant idea if you enjoy wearing lycra and ignoring road rules, and for the 90-minutes in the morning and 90-minutes in the evening when they’re actually being used it means the space for motorcycle and scooter filtering has been squeezed so much that the entertainment of diving through the traffic and making a mockery of city driving is becoming trickier to accomplish.

Challenging it maybe but it still beats any form of public transport and even on a 40-mile commute, the consistency of journey time incorporating modern day Bluetooth-ready tech allowing the tranquillity of Radio 4 as you slide through the traffic, are just two outstanding advantages to riding. While 1h 30m on the train is achievable in this example, it’s lacks dependability and reward – it’s a means to an end and has no benefit outside of the commute, unlike a powered two-wheeler. The stress of the unknown plus unpleasantness of confined spaces with other unhappy passengers is not the way to start or end your day. If you don’t ride already, start today and you could save yourself more than five grand over the next two years!