How simple ideas have become big business for Royal Enfield 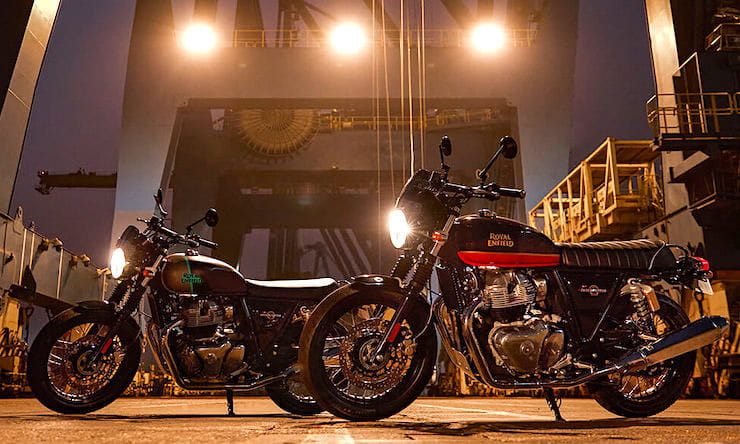 Motorcycling - as with pretty much everything - has come a long, long way over the decades but the silhouette of two wheels, attached to a frame with a seat on top and a headlight at the front is as prevalent today as it was 100 years ago (unless it’s a Yamaha Niken, but is that ‘reeeally’ a motorcycle…)

Skirting that mass(ive) debate, point is motorcycles come in all shapes and sizes but you start out with the same basics. The more you add, the more contemporary a motorcycle you’re generally creating.

And yet, in an industry where modern motorcycling marvels like the BMW R 1250 GS Adventure, Yamaha MT and Triumph Trident 660 find favour with many, there is a steadfast - and growing - audience for motorcycles that stick closer to their origins.

Indeed, the market for retro motorcycles inspired by the free riding days of a bygone era is booming with models like the Triumph Bonneville, Yamaha XSR and Kawasaki RS more popular than ever. However, even they have moved with the times, which generally speaking means ‘moved up the price bracket’…

However, whereas today’s Bonnevilles and XSRs are contemporary machines garnished in nostalgic attire, for Royal Enfield, quintessential motorcycling inspired by a misty-eyed past is inspired by what it terms ‘pure philosophy’, where English origins have romantically blended with the heritage of its Indian homeland. 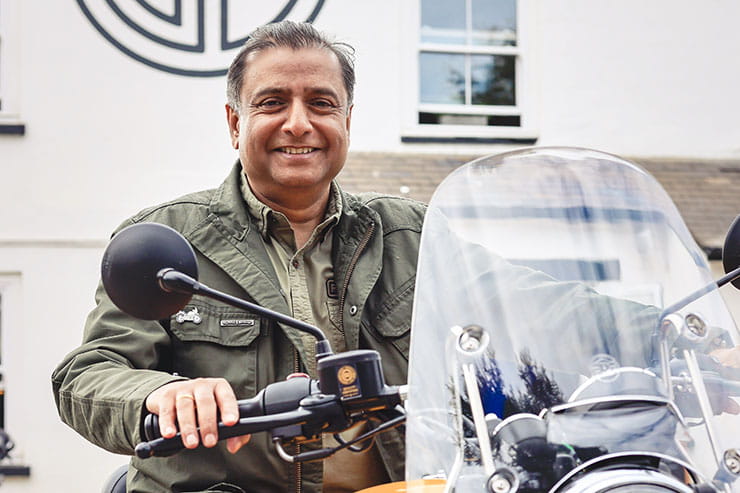 A nation where motorcycles are much less a luxury and more a necessity, while Royal Enfield has moved with the times - adding mod cons as ABS and emissions-friendly engines - it doesn’t deviate far from the fundamentals of getting out on the road affordably and reliably.

What has changed, however, is a motorcycling market that has essentially come full circle, transforming Royal Enfield’s image as a dated, budget oddity to a value-orientated, no-nonsense fashion statement revered by an increasing number of customers turned off by more overblown - and pricier - rivals.

“The world is your canvas, you can go any direction that you want, but the essence of Royal Enfield is the brand, what it stands for - it’s pure motorcycling philosophy,” Arun Gopal, Royal Enfield Head of International Business told BikeSocial in an exclusive interview.

“The fact is you have a motorcycle with so much history and heritage to it. We don’t complicate the bike. We keep it as simple as possible. We make it accessible for anyone who wants to have a good time on a two-wheeler. That’s the philosophy.”

While these are words that no doubt look great on an advertising hoarding, Royal Enfield’s ‘pure philosophy’ ethos goes much deeper than this as a guiding brand principle that doubles as its root DNA.

While such a value is borne from the relatively no-frills culture of motorcycling in the industry’s largest market - where an astonishing 18 million motorcycles are sold each year - its an attitude that increasingly resonates with a wider audience, allowing Royal Enfield to establish a growing foothold of the global market. 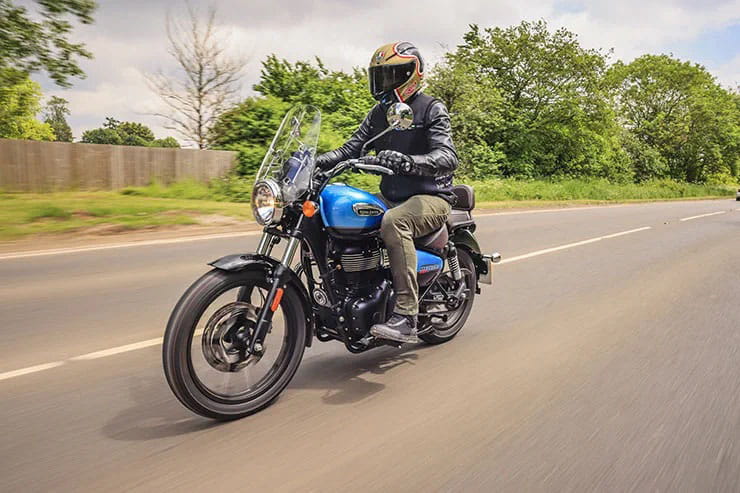 The impact of Indian buying habits where Royal Enfield is concerned cannot be underestimated.

Even a small downturn in sales from this single country easily wipes out any double figure gains to be had anywhere else in the world combined.

It means - statistically speaking anyway - Royal Enfield is actually the world’s largest manufacturer of mid-size motorcycles, even if it shies away from touting that line because it is ‘not fair’ to pitch a playing field dominated by whatever happens in India.

Nevertheless, Mr Gopal - who was charged by Royal Enfield to grow the marque’s presence in Europe, North America and Australasia - says success outside of its homeland is indicative of the appetite for motorcycles that aren’t superfluous and are instead focused on the purity of riding.

“Obviously, our vision is to be the global leader in the mid-size motorcycle segment, but by virtue of our humongous sales in India, if you do the maths, we were already the global leader. That’s not fair. That’s just a game of mathematics.

“It’s very easy to say, “We are the global leader,” but then it can’t be just all in one country. We have to do well in the UK and the rest of Europe and other big markets.

“Since then, the twins (Interceptor and Continental GT) came and then the Meteor came into our lives around a year ago. Who’d have thought a 350cc motorcycle with 20bhp would do well in Europe? It was surprising!”

Indeed, Royal Enfield has become something of an unsung success story in the UK with the Royal Enfield Interceptor 650 proving the eighth best-selling PTW (powered two wheeler) in 2021 and the fifth best-selling full-size motorcycle over 500cc, while the Meteor 350 is on course to rank even higher in 2022 as it completes its first full year on sale. 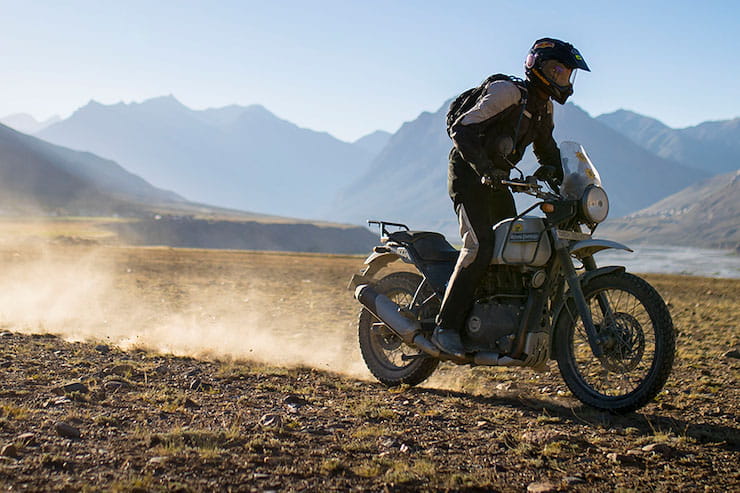 For Mr Gopal, the Meteor 350 - which breaks the norm by bridging the traditional 300 and 400cc capacity brackets - Royal is symptomatic of Royal Enfield’s ‘what you see is what you get’ appeal that offers a value-orientated package putting the emphasis on motorcycling first and foremost.

“Since its launch, the Meteor is contributing to 25% of our sales right now. So, I think it’s this beautiful philosophy of us to focus only on the mid-size motorcycle segment, that has made it a success.

“It’s a nice spot to be in. You don’t need the custom segment or the naked segment or the adventure segment. I think we strongly go with the philosophy that there is an opportunity for a mid-size motorcycle, a brand like Royal Enfield, which is not too complicated, not too intimidating, simple to ride and won’t burn a hole in your pocket.

This is not to say Royal Enfield hasn’t allowed itself to think out of the box occasionally as demonstrated by the pint-size Himalayan, a basic but practical utilitarian adventure motorcycle that has earned a loyal following despite its modest limitations.

A departure for the brand, though it remains rooted in Indian motorcycling culture, its success in overseas markets has exceeded expectations.

“We launched the Himalayan in India, and then we actually waited. We really stepped back and said, what is the market in Europe talking about the Himalayan? Then it took almost a year for us to get the Himalayan into Europe, which was good. The year we launched, it contributed to 50% of our sales.

“I think we’ve got a strong brand, and I think we will stay committed to following where the brand has brought us today and not digress too far away from it.

“Himalayan was a digression, if you ask me but there’s so much experience we’ve had riding to the Himalayas and back. It was just a great tribute to all those riders for us to actually create a purpose-built mid-size adventure tourer for them to have a good ride.

“So, the Himalayan may not be part of our British heritage, but a really strong part of our Indian heritage still.” 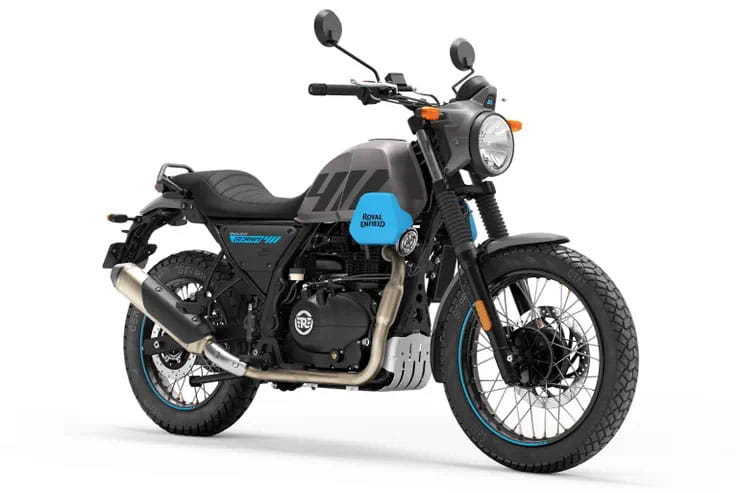 While Royal Enfield may have been pleasantly surprised by the reception to models as the 650 twins, Meteor 350 and Himalayan, the company is now in a position to fully capitalise as it prepares to embark on an ambitious range expansion designed to cover every corner of the mid-size segment.

Earlier this month, the Scram 411 received its world premiere as the first spin-off from the Himalayan platform, while the Meteor 350 will also be joined by a new generation of its iconic roadster, the Bullet.

In the 650 range, the ‘twins’ will become triplets with the imminent launch of the Super Meteor cruiser, plus a bobber version later this year expected to wear the Shotgun nameplate.

Finally, the Himalayan range will also grow with the launch of a much-petitioned 650cc version, plus potentially an as-yet-unconfirmed variant targeted at the KTM 390 Adventure that is rumoured to be getting a unique design, a fresh 450cc platform and be engineered for more dedicated off-roading.

While Mr Gopal remains coy on the specifics of future models, he says the company has ‘a strong roadmap’ to be the true global leader in the mid-size segment in three to five years’.

“How does Royal Enfield stay different from other manufacturers?

“I think the philosophy of pure motorcycling really helps us focus and shape our design, whatever we want to do for the brand with consumers, with dealers, with our partners in the region.

“All of these platforms, we’ll get more variants. It’s just a matter of time. You’ll get to know about these new models and variants coming in. We will remain focused on those basic philosophies: less is more, mid-size segment focus.

“We said some time ago all these models that we work on will have all that you want, and nothing that you won’t. So, it defines really nicely what our philosophy is.” 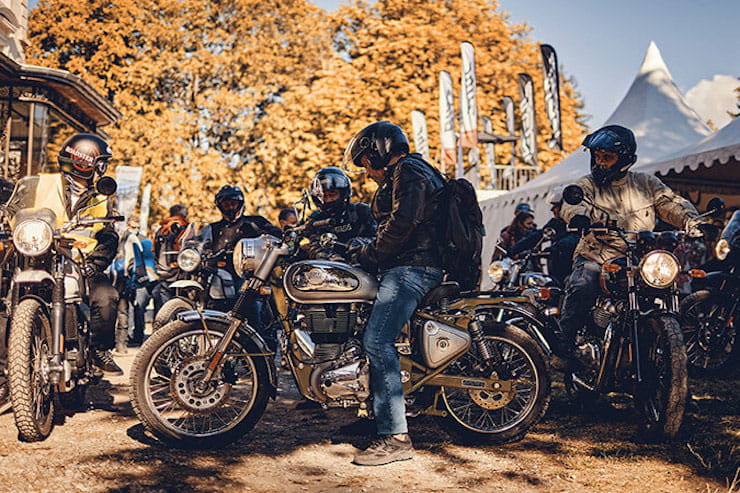 Indeed, motorcycling culture evidently sits at the heart of Royal Enfield’s modus operandi more than most manufacturers, where the notion of inheritance, passion and community is interwoven into the brand to an extent that it goes far beyond simply shifting bikes.

“I think Royal Enfield can play a really significant part in getting people back to motorcycling. That’s at the end of the day something which I would love doing.”

That’s not to say Royal Enfield isn’t committed to its bottom line and with a potential 18 million motorcycle sales a year in India alone to strive for, who can blame it for adopting a refreshingly straightforward approach to a task so mind-bogglingly huge?

“I think if we stay committed to where we are from and continue to build on this classic motorcycle, British design inspired motorcycles, I think we should be very strong going forward…”