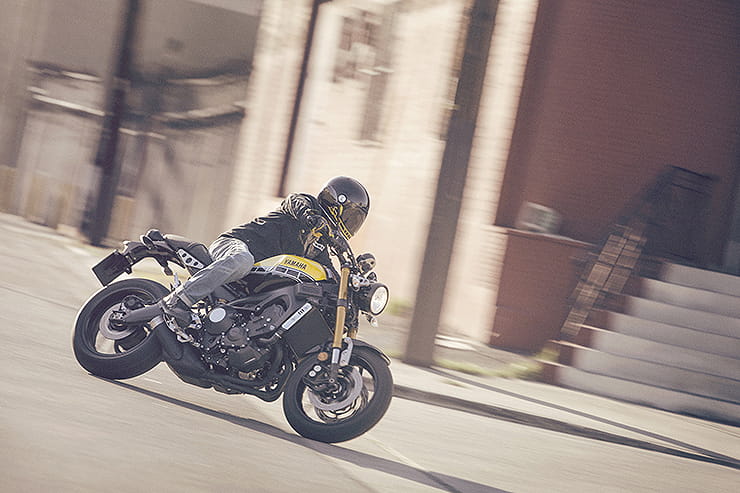 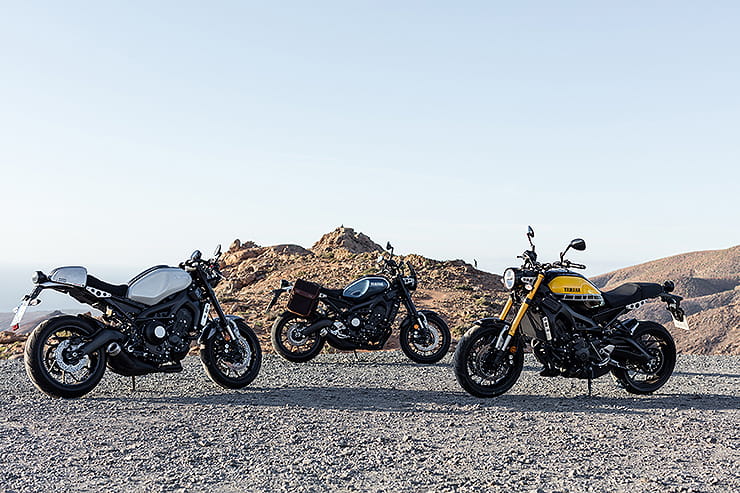 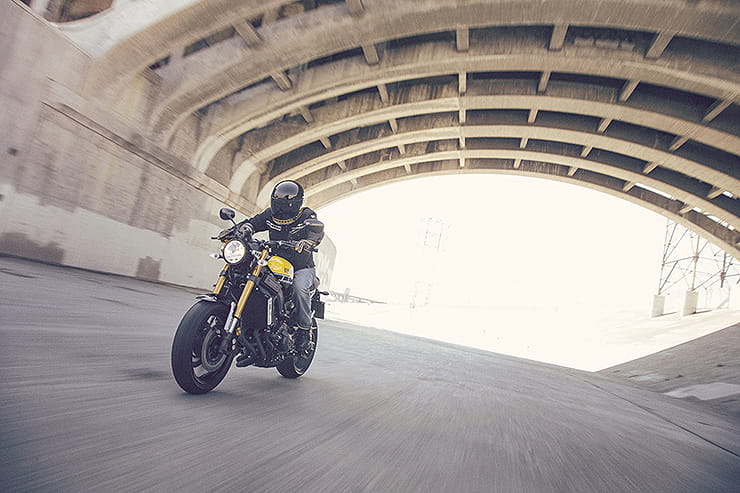 There are a few things we need to thank the hipster culture for – not beard growth, bad tattoos or over-priced and weird designer coffees but the excellent Yamaha XSR900. Taking the wacky and more than a bit bonkers MT-09 triple as a base, Yamaha’s design team turned it all hipstery thanks to a bit of a retro re-style  to create the XSR900. Part of the firm’s Sports Heritage model range, the XSR900 retains all the lunacy that makes the MT-09 such a hoot to ride but delivers it in a cool new look with a pleasing nods to Yamaha models of yesteryear. A bike whose style won’t appeal to everyone, one ride will see you fall in love with this fantastic modern retro. Now pass me my flat white made from artisan coffee beans that have been through a weasel’s stomach...

The XSR900 isn’t as popular in the new market as the MT-09 and as such prices tend to be a touch higher in the used market for the retro than the naked bike due to supply and demand. That said, it is pretty easy to locate an XSR as they are far from rare. Prices start at £5000 in a private sale with dealers trying to get £5500, however you should be able to knock this down to closer to £5000. Sellers attempt to get more for the ‘Anniversary’ model (the yellow and black speed block paint scheme) as it is limited in its numbers but don’t pay over the top, it is cool but you can buy the painted panels separately if you wish as spare parts from Yamaha! The sweet spot for an XSR seems to be £6500, which will get you a beauty with minimal miles on its clocks. Ex-demos cost £7000 while a few brand new bikes can be snapped up for £7500 and you can even get an Abarth rep for this amount – not that you should...

The CP3 triple is a brilliant motor that is brimming with not only spirit but also glorious mid-range grunt. With 115bhp on tap it has more than enough power and its 64.6 lb-ft of torque is ideal for road riding. Light, quick revving and with a real feeling of excitement about it, the CP3 is a much-loved engine that feels right at home in the XSR900. Yes, the throttle response is a touch abrupt (as on the MT-09) but you have a selection of power modes if you want to calm it down a touch.

In terms of reliability there is little to fear on the MT-09-based motor and so you can buy with confidence. The XSR900 has a slip and assist clutch as standard, which gives it a lighter feel through town, and the gearbox is pleasingly slick. Unlike the MT-09 models you don’t get a quickshifter as standard (this arrived on the updated 2017 MT-09, which also actually inherited the XSR900’s revised shock. The official optional extra quickshifter from Yamaha costs £267 and there are also loads of aftermarket companies that make them. A few owners grumble about the OE exhaust discolouring and swap it for an aftermarket unit, however be aware that as it is a one piece unit you need a full system if you want to update, not just a slip-on can. The XSR, like most of Yamaha’s models, needs a valve clearance check at 24,000 miles and servicing every 6000 miles, so it is quite cheap to run. THE XSR has never been officially updated, however the engine did become Euro4-compliant in 2018 through ECU changes. 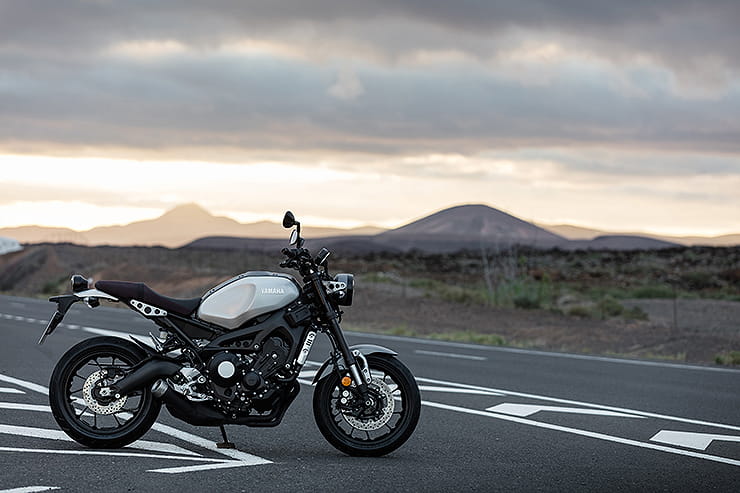 Some owners reckon they can get over 50mpg from the XSR, however if you are working it expect this to drop to closer to 43mpg. It’s not a very thirsty engine, it’s more the fact it sounds so good when you thrash it up and down the rev range that economy takes a back seat to aural pleasure...

This is a bit of a cause for discussion as the XSR900 is a really good handling bike if you don’t mind the slightly odd feel you get on MT-based models. Yamaha deliberately give the MT models quite long suspension and that isn’t to everyone’s tastes as it can make the bike pitch quite a lot, especially under braking. You have preload and rebound damping adjustability at both ends on the XSR, which can be used to dial out some of the wallowing sensation, but much of it is simply down to design. If it bothers you, spend about £700 getting the forks re-valved and an aftermarket shock fitted by a suspension expert to fully exploit that wonderful chassis. Tipping the scales at just 195kg wet and with an 830mm seat height, the XSR is very manageable at low speed and feels light, agile and eager to turn. It’s also pretty keen to pull wheelies...

The XSR’s runs Yamaha’s ‘silver spot’ radial brake calipers, which are a monoblock design and come with ABS as standard. A good set-up that is also used on the firm’s sportsbikes, some owners reckon the OE pads are a touch dead feeling, which is a cheap and easy issue to sort through higher friction aftermarket replacement pads. 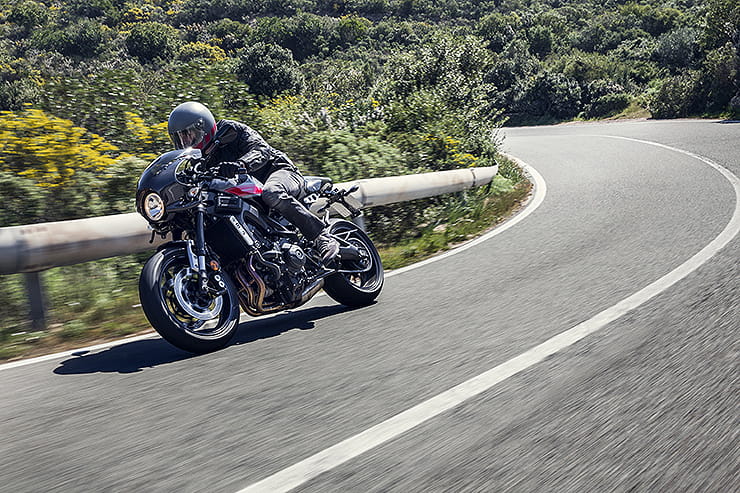 As standard the XSR is quite comfortable with a relaxed riding position and low pegs. It’s no tourer as you are fully exposed to the elements but it is perfect for a sunny Sunday ride as long as you keep the speeds fairly sensible. However it is very easy to make the XSR extremely uncomfortable and if you buy the horrifically crippling XSR900 Abarth Rep with its low clip-on bars (which are actually an official Yamaha accessory) you will soon have your osteopath on speed dial. Keep it with flat bars!

The XSR comes with ABS as standard, which is more than good enough for road use, as well as three-level traction control (TCS) which can be turned off completely and Yamaha’s D-mode power mode selection system, which alters the throttle’s response. There are a wide range of XSR accessories for not only the bike but also the rider through the ‘faster sons’ collection. In terms of the bike, number plate hangers (£144), quick-shifters (£267), the Akropovič high-level exhaust (£1386) and the aluminium seat cowling (£333) are all popular from Yamaha direct but aftermarket companies also cater for the XSR with screens and the like very plentiful.

The XSR900 is one of those bikes that is in danger of flying under most riders’ radars. If you want a naked triple, the obvious choices are the MT-09 or Street Triple however the XSR is certainly well worth adding to the list. Cooler looking (if you like retro bikes) than its sportier rivals, the XSR is just as much fun and delivers the same level of performance and thrills as the MT-09. It’s a great bike as long as you are happy to brush over its hipster influences.

Three things we love about the XSR900… 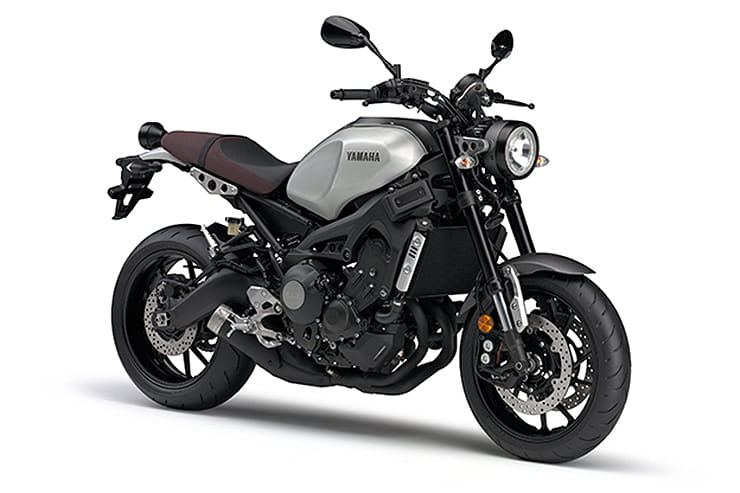 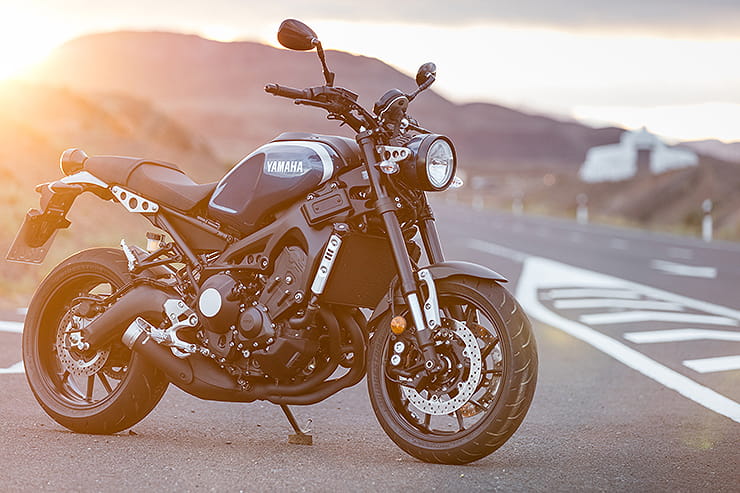