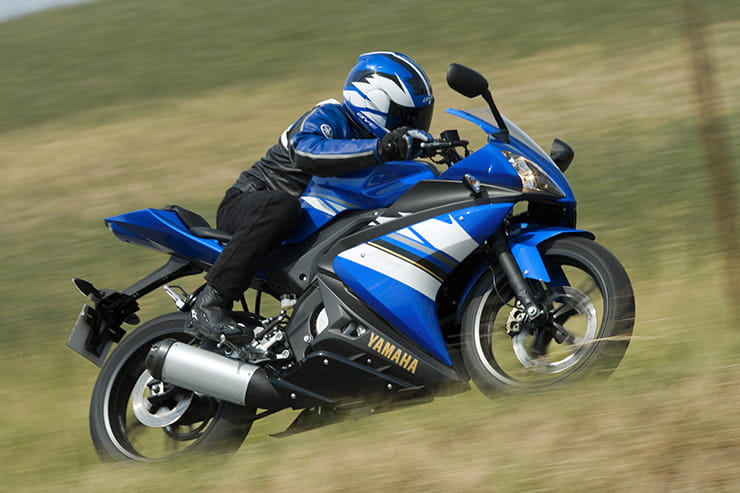 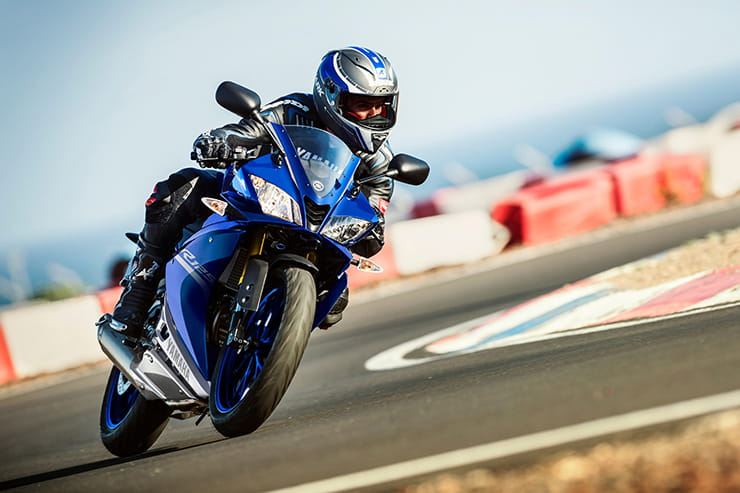 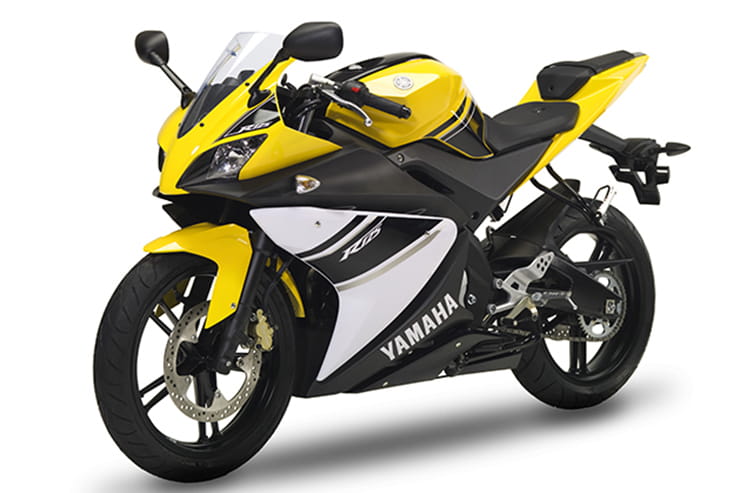 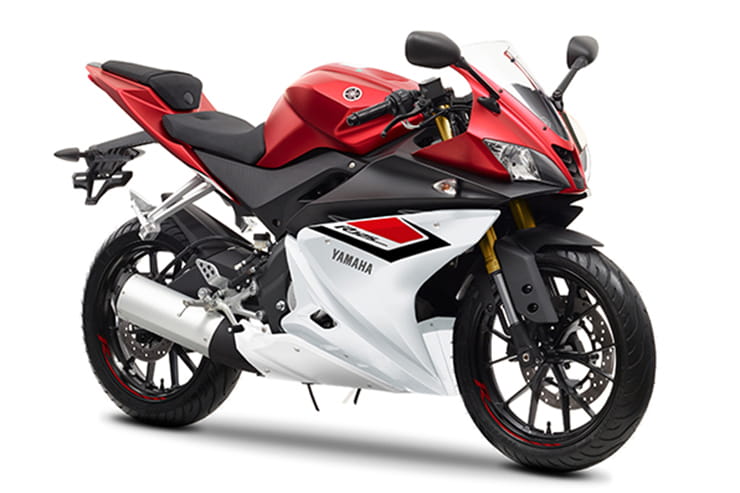 A successful motorcycle doesn’t necessarily have to be the headline act and with Yamaha’s learner-legal sporty 125, this is very much the case. Launched in 2008, the YZF-R125 has been a huge seller for the firm, shifting a staggering 45,000 units in Europe in its first five years. And this success has continued as it still commands a 37% stake in its market segment and equates for 36% of all R-series bikes sold by Yamaha. While the latest 2019-onwards, its third generation, boasts variable valve timing technology, the first two generations are excellent value in the used bike market and deliver on looks, economy and reliability. If you want a 125 that will turn heads and still leave a bit of cash in your pocket to blow on energy drinks, the YZF-R125 is the best option out there.

Small capacity bikes must hit a price point and in the case of 125s that means as low as possible. When it was launched the first generation of YZF-R125 cost just £2999, which was a couple of quid more than the Honda CBR125R but nothing too drastic and the Yamaha was a far better-looking machine. Over the years the price tag has increased (the current model is £4799) but in the used market machines tend to hit a base level and stay there – as long as they have an MOT. If you want to go for the cheapest, you can buy an early one for between £1000 and £1500 for a well-used example but £1800 gets you a much nicer one, so is the best bet if you want an early generation. If you want the updated model with its inverted forks, you need to look at spending £2000 in a private sale or £2500 from a dealer to get a nice one with this increasing to £3300-£4000 for a low-mileage 2018 beauty.

As the motor is built to hit learner-legal power restrictions you can’t hope for too much but the YZF-R125’s single cylinder offers a decent enough spread of power. As it is a four-stroke it can feel a little flat but keep it on the boil and you can hit 80mph, which isn’t bad at all. There is no denying you need to keep feeding it gears if you want to make rapid progress (rapid is a bit subjective in the 125 world...) but what do you expect? It makes a learner-legal 14.8bhp and 9lb-ft of torque and that’s all you can ask for and to be honest, you will be hard pushed to notice any performance differences between the generations. That said, stick an aftermarket pipe on and it does sound remarkably good... 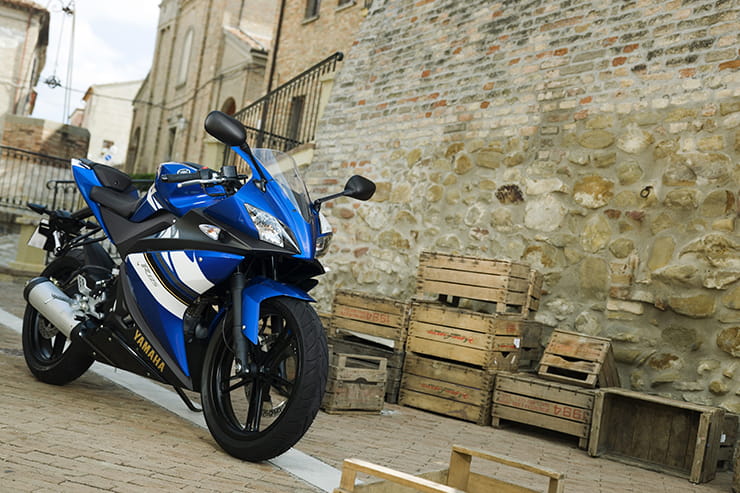 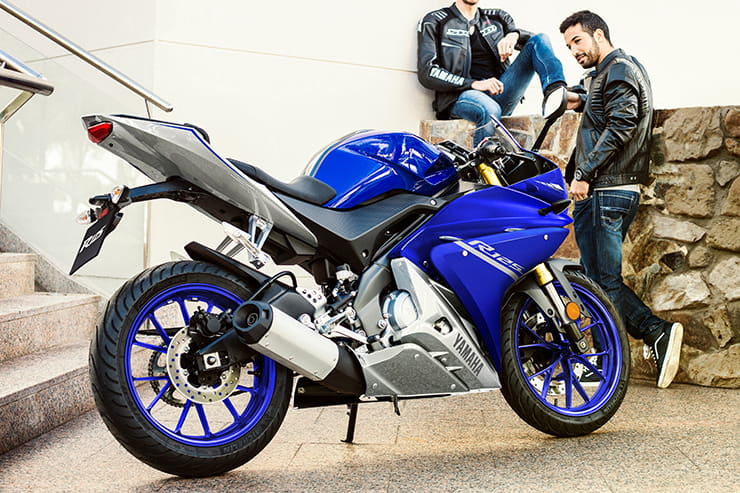 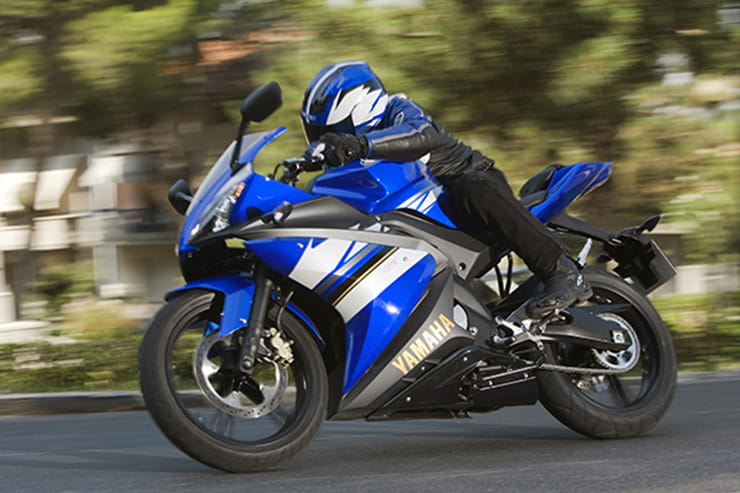 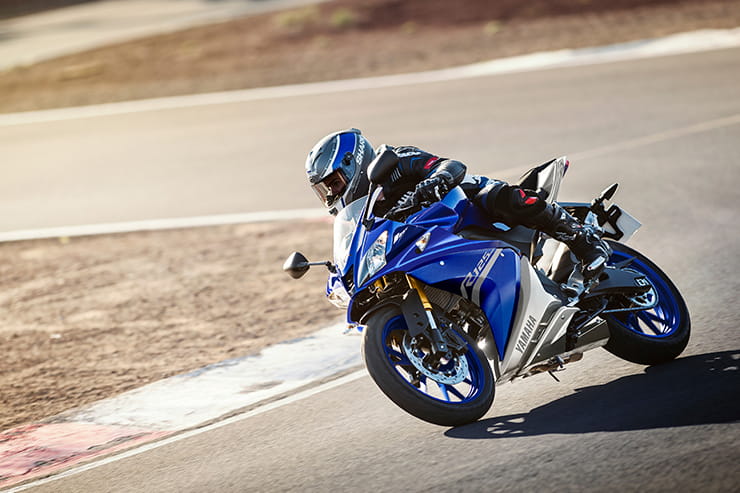 Where some of the YZF-R125’s rivals have gone for a double overhead cam motor (most noticeably the KTM 125 range), Yamaha have always kept their bike a bit more basic (well, until VVT arrived). Although water-cooled and fuel-injected, the YZF-R125 runs a single overhead cam with four valves, helping to keep its service costs down. The motor itself is very reliable and major issues due to mechanical failures are extremely rare, however issues due to owner neglect are less uncommon. The problem with 125s is that often owners don’t really treat them with much sympathy (warming up before thrashing, changing oil regularly, chain tension etc etc) and that’s your main worry. Loads of owners service the YZF themselves and complete service kits can be had for less than £75 and it is a really simple bike to do the basics on – however that’s avoiding the tricky stuff. The YZF should have its valve clearances checked at 3500 miles and while it is a lock-nut design and not a shim, making it cheap and easy to alter, this is often missed. A dealer will only charge you about £100 for the work and if not done the bike can be tricky to start and economy figures drop while there is also the potential of permanent harm within the motor. When buying used, a service history is good but rare, so the best advice is to book it in for a proper service just to be on the safe side and know you are starting your life together with it set correctly. The six-speed gearbox is nice and slick, which is a good thing as it gets a thorough workout, and the clutch’s action light. Again, there are no major issues here. The exhaust, however, is a bit of a rot-box and so you need to keep an eye out for any rust holes as that’s an MOT failure. New systems can be bought for anything from £150 upwards so it’s not a major drama as long as the exhaust studs aren’t horribly corroded and seized solid. If they are you can be in for a bit of pain as that means potentially new studs, rethreading, the list goes on... 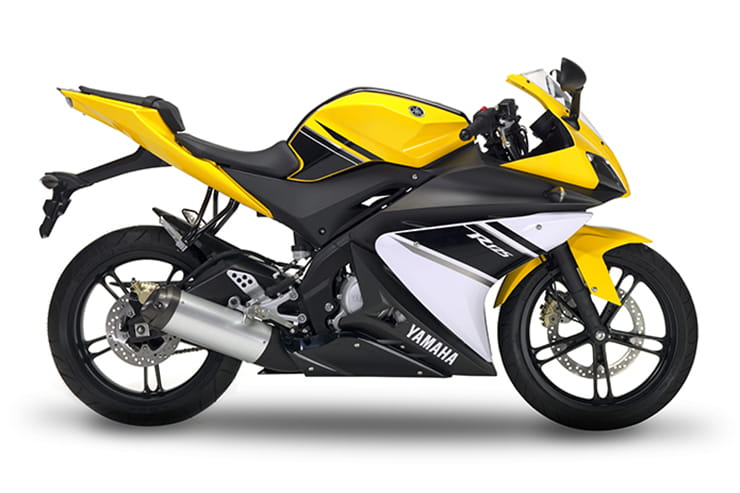 You can record a staggering 113mpg quite easily on the YZF-R125 and owners don’t often report anything less than 95mpg, which is brilliant news for a teenager’s pocket. That equates to a massive range of near 300 miles from the 14-litre tank, however, most start to fill it up at the 250-mile mark. The YZF gets a fuel gauge as standard, which seems to steadfastly refuse to budge for the first 100 miles!

The YZF looks sporty and thanks to Yamaha’s use of wider than normal wheels and tyre sizes that look is backed up by decent handling. Although the forks aren’t adjustable (they are inverted on the updated 2014-onwards bike) they are ok for road riding, if a touch soft. The same can be said of the shock, but at least you can increase its preload should you be a bit on the big side. Given a set of bends the wider tyres deliver a lot of confidence (once you junk the hideous OE far eastern tyres and put on some European-spec ones) and a bit of teenage enthusiasm and a set of knee sliders and you can actually scrape a puck. However, that’s not really the YZF’s trump card, the thing that makes the Yamaha so good is the fact it has a ‘big bike’ feel to it, meaning that even taller or larger riders don’t feel cramped or uncomfortable on it. The bars are quite tall, the pegs low and the seat not too firm. It’s a 125 designed to look sporty but still has road riders at the forefront of its mind, which is no bad thing at all. In town the Yamaha’s very light 142kg weight means it is manoeuvrable but importantly it isn’t at all skittish when up to dual carriageway speeds. Overall, it’s a good handling bike that is also easy-going and that’s ideal for a 125. It’s also quite light to pick up should you drop it, which is an issue when buying used... As with any learner bike, spills are common so always check very well for crash damage and peek under the fairing for scrapes (also check the motor for corrosion, a common complaint) and look at areas such as the pegs, fork legs and swingarm for marks. Again, it’s the usual story, but when buying a budget bike, always have the cost of consumable items in mind as a set of tyres, new chain and sprockets etc does put a big dent in a small budget.

The first generation of YZF-R125 came with a conventional single two-piston sliding caliper, which was upgraded on the 2014-onwards bike for four-piston radial caliper. To be honest the two-piston one has enough power but the four-piston one does look far cooler. Sticking pistons (or sliders on the first generation) are common on both bikes, again due to a lack of maintenance, but they are both a cheap and easy caliper to fix and you can get uprated pistons that resist corrosion better. ABS arrived as an option in late 2014 (technically a 2015 model), which isn’t a bad thing to have if you are a newer rider. 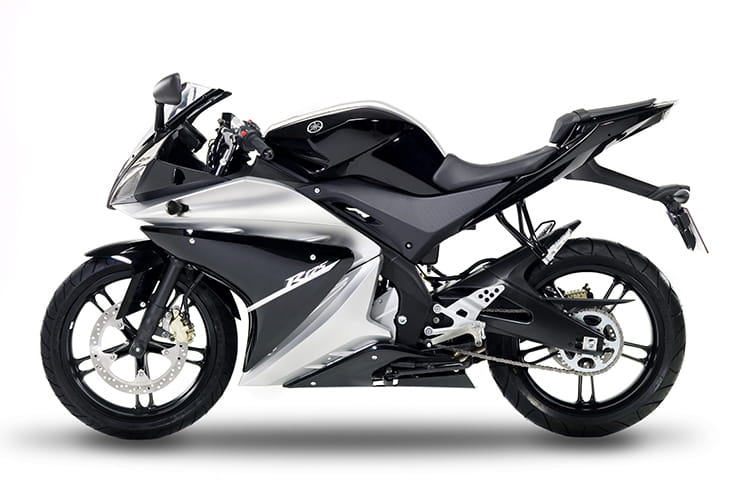 Touring isn’t really something that is very high on a YZF-R125 owner’s list of priorities, but you can cover decent distances should you wish. A bigger screen is recommended but that’s about all you need aside from a bit of enthusiasm.

Aside from the option of ABS (on late 2014-onwards bikes) you don’t have much in terms of rider assists aside from a rev warning light (handy) and fuel gauge. When it comes to accessories you tend to see sticker kits, loud exhausts, taller screens and crash bungs alongside aftermarket fairings to replace broken OE panels. Expect it to be stock and if it is covered in stickers/has a Chinese-made aftermarket race rep fairing be wary of crash damage...

The YZF-R125 is a hugely popular 125 not only due to its cool looks but also its reliability and build quality. Corrosion can set it and take hold when there, but if you buy a good one and keep it fairly clean the smallest R-Series bike is a great entry to the world of two wheels that costs next to nothing to run.

Three things we love about the R125… 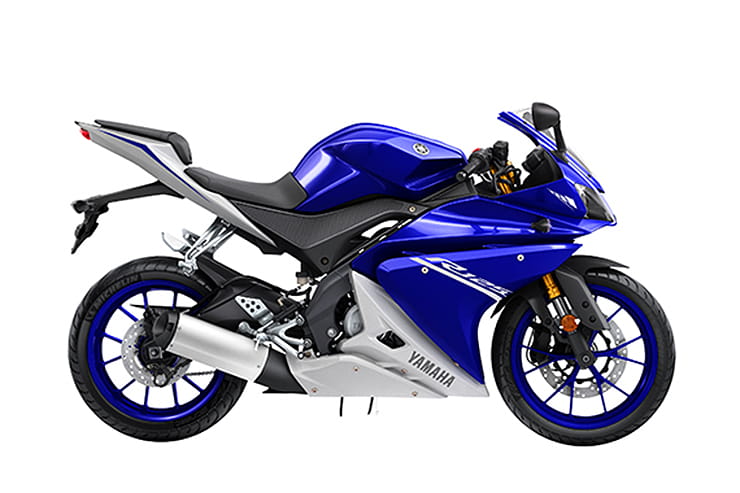