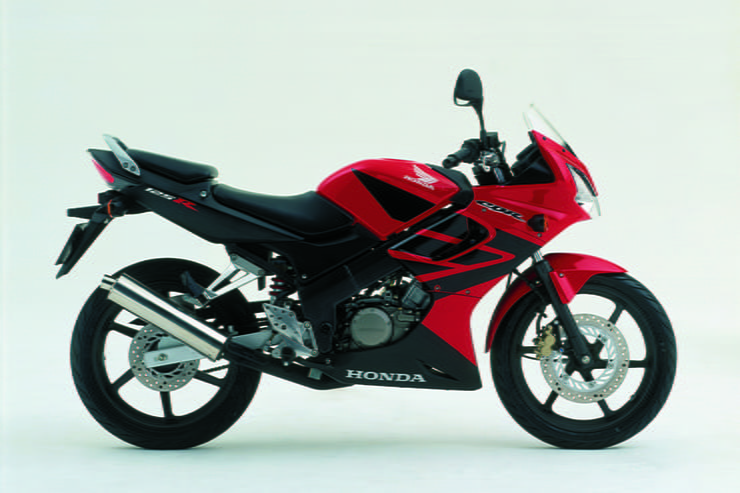 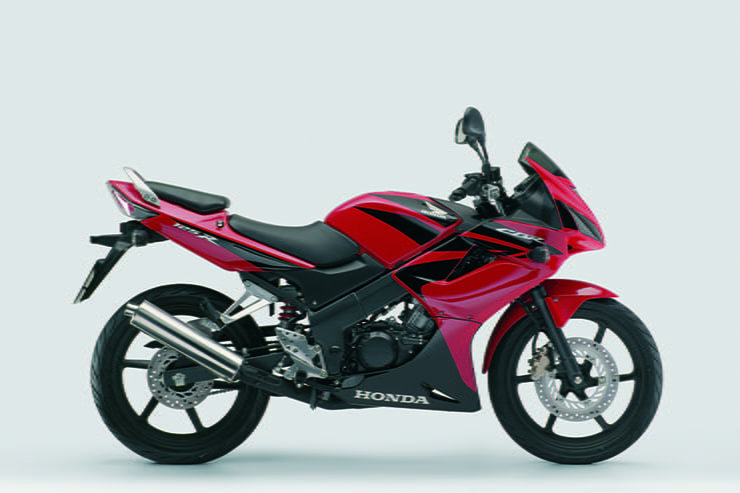 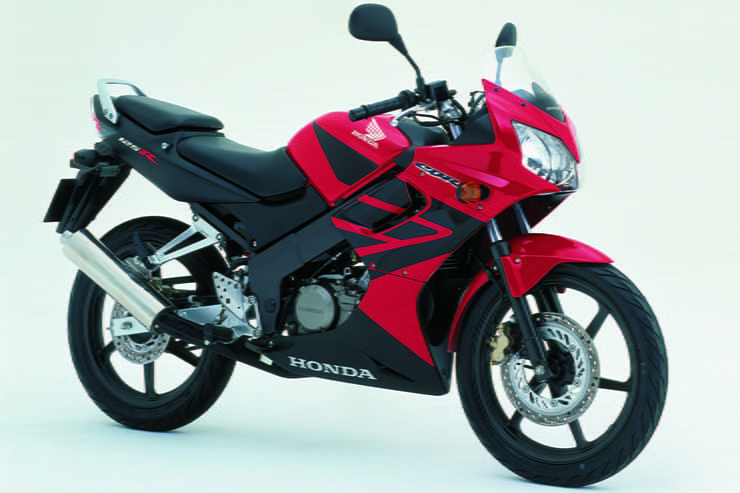 If you are a MotoGP-obsessed teenager looking at getting their first bike, there are a few options out there. If you are flush with cash there is the Aprilia RS4, but it tends to be a bit on the expensive side. You could always opt for the Yamaha YZF-R125 or the KTM RC125, which are great options, but for many riders the Honda CBR125R delivers them their first taste of two-wheeled life as this little race-rep has consistently been one of the UK’s top selling bikes since it was launched in 2004. So what’s its secret?

To be honest there is no secret to the CBR125R’s success. Built to a very strict budget in Thailand rather than Japan, the baby CBR was the first of the 125s to offer race rep looks alongside four-stroke reliability in a package that wasn’t too tiny. True, it has been rather surpassed of late (especially in the looks stakes) by the likes of the YZF and RC, which both boast far more advanced motors and running gear, but that doesn’t detract from the fact the CBR125R remains a very, very cheap and reliable route to owning your first bike.

Powered by a pretty basic 2-valve SOHC motor, the CBR is extremely frugal with figures of over 75mpg easily achievable. This basic nature also brings with it bulletproof reliability and that is a key factor in the CBR’s success. Old CBRs almost never die and they certainly don’t fade away! Add to this a styling that, if you squint, looks a bit like a CBR600RR and even carries a MotoGP-style Repsol paint scheme and it all ads up to an excellent little package. You may lack ABS on the Honda and radial brakes, but you get a fuel gauge, comfortable riding position and budget price tag alongside light and nimble handling. 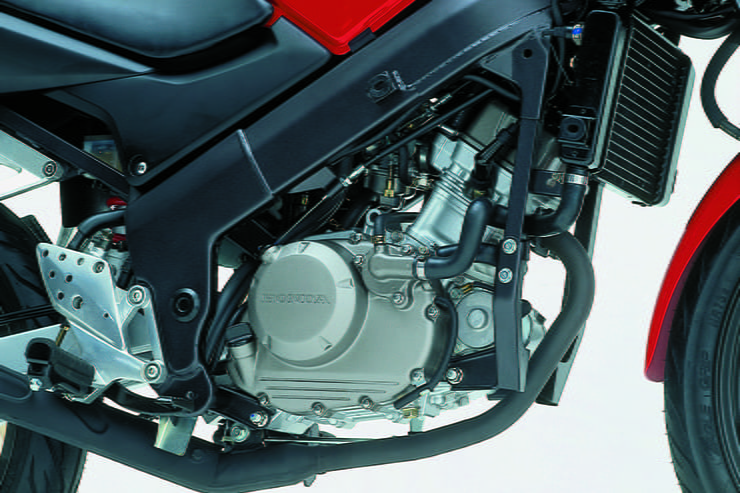 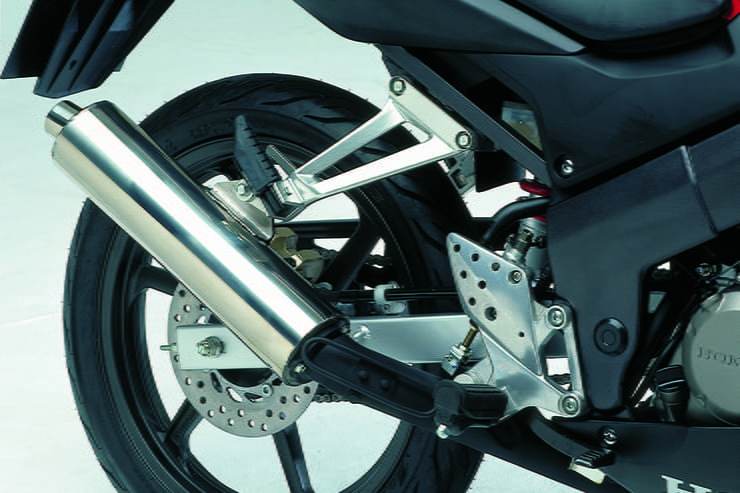 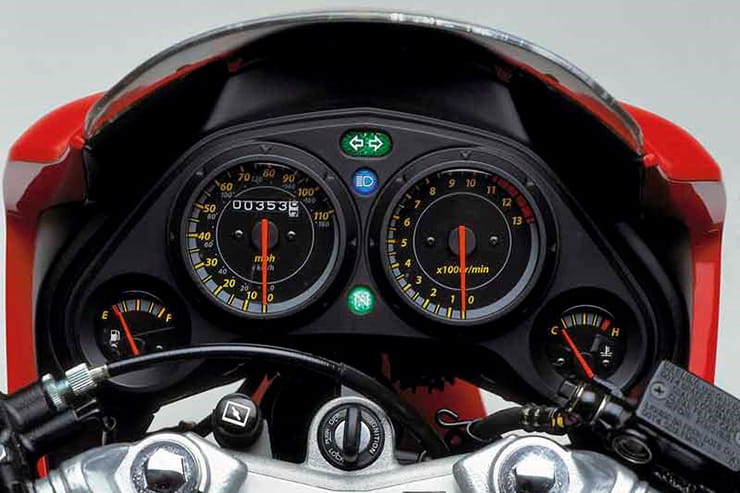 It is very hard to actually pin point what to look for on a bike such as a 125 because so much of it is down to the care/abuse the previous owner lavished/inflicted on the bike. So with this in mind you need to approach a CBR125R with a fair degree of scepticism and caution.

The first thing to take into account is the bike’s general condition. Look for scuffs and scrapes, focusing your attention on items such as the mirrors, bar ends and pegs as well as the obvious fairing panels. Look to see if the bars appear straight, the sub-frame is true and that the forks aren’t twisted in the yokes. There is a fair chance the bike will have been dropped at some point in its life, that’s all par for the course when you are learning to ride, but what you want to know is how hard it has hit the ground. F you are happy it’s not been too badly beaten up, move onto the mechanicals.

Have a look at the chain and sprockets because these give a very good indication of the owner’s mechanical sympathy levels. If the chain is slack and the sprockets hooked, do you really think the owner has bothered to keep an eye on the engine’s oil level? And check the oil level, is there a cobweb on the end of the dipstick or is it nice and topped up? Now look at the brake pads to see if they have life in them, the state of the discs as so many 125s suffer scored discs due to excessive pad wear and also the forks and shock for damping. The CBR125R is a budget bike, so expect these areas to start to be suffering on higher mileage bikes – not all teenagers are skinny!

If all these areas are good, start the bike up and look for any smoke and listen for rattles that may indicate it is on the brink of something unpleasant happening, ask when it was last serviced (it should be every 2500 miles) and ensure all the MOT points such as electrics, horn, tyre life etc are all ok. Loads of CBR125Rs have a loud pipe fitted, but will it pass an MOT? If you think not, take some money off your offer. 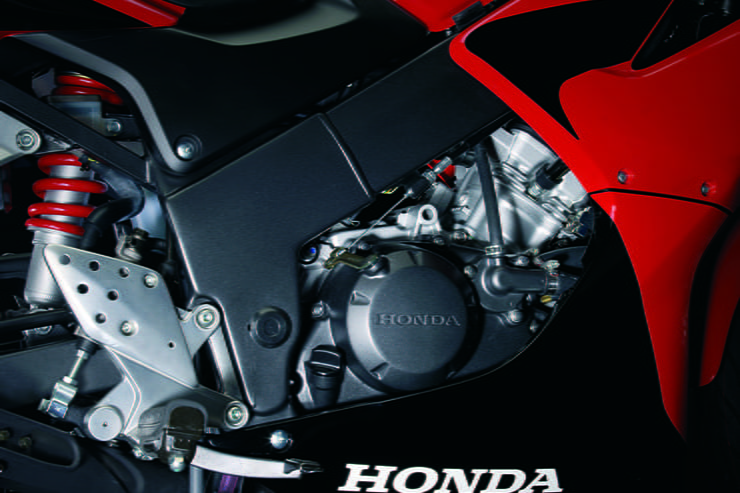 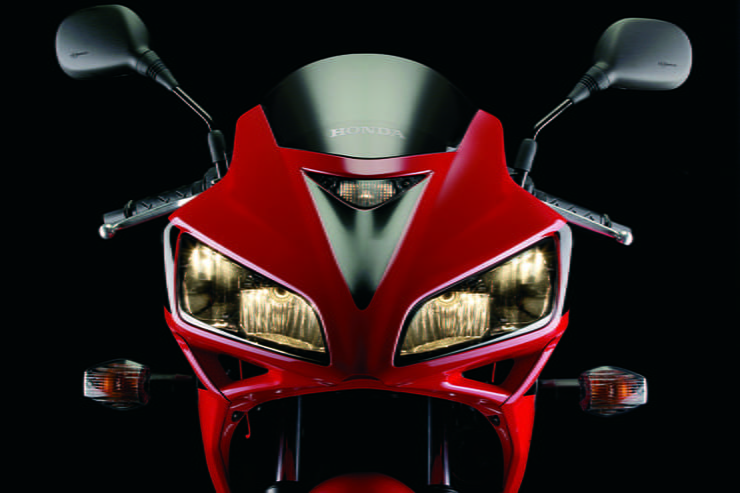 The CBR125R may have been a huge seller for Honda, but that doesn’t mean they felt the pressing need to continually update it! The bike remained unaltered aside from paint from 2004 until 2007 when it gained a new CBR600RR-style fairing with more angular twin lights and fuel-injection added to the motor to allow it to meet Euro3 emissions regulations. This generation once again remained unaltered until 2011 when another new look brought with it larger front and rear tyres (now 100/80 and 130/70), digital dash and a restyled exhaust pipe. This generation remained unchanged until 2017 saw the introduction of Euro4 regulations, which eventually killed off the CBR125R as Honda replaced it in their model range with the retro-styled CB125R instead. 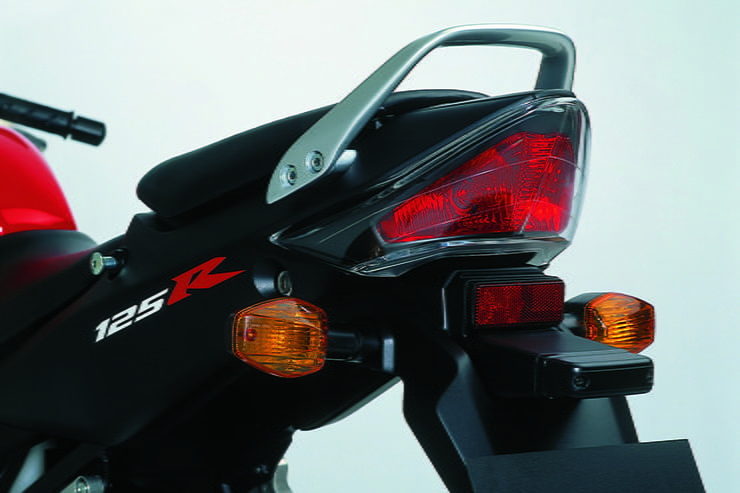 The value of learner-legal bikes tends to drop like a stone until they reach a plateau that basically shows they have an MOT and are road-legal rather than parts-bins. With this in mind the very bottom of the CBR125R price bracket means that for around £700 you can find an early model, but it will have seen a lot of abuse at the hands of unsympathetic teenagers, so expect scuffs, dents and a fair bit of road rash. If looks matter, aim to spend just over £1,000 on one with less scrapes or around £1,500 on a second generation bike in fair to good condition. Push the boat out and for just under £2,000 you can find a final generation model in a private sale with dealers asking just over the £2,000 mark. You can pay between £3,000 and £3,500 for a nearly new bike, but what’s the point as it is only going to get thrown down the road by an overly enthusiastic new rider! 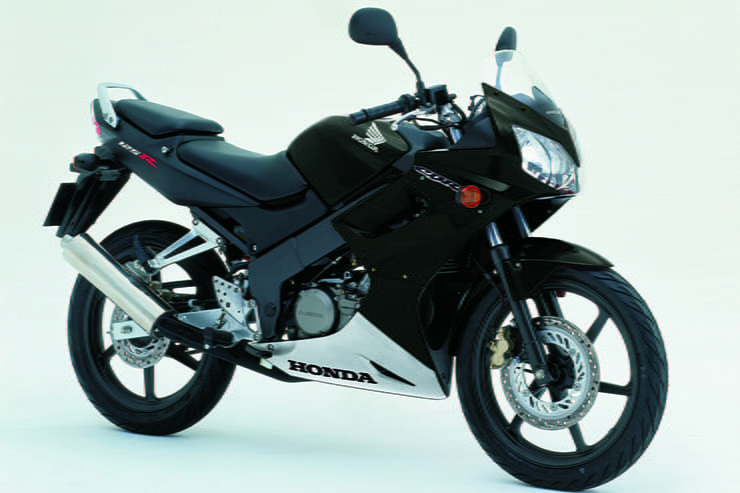 The CBR125R is a massively popular machine and as a result there are quite a few forums out there to cater for those wishing to make their 125 even louder/faster/blingier. Aim towards www.cbr125world.com, which has the somewhat optimistic tag line ‘because every day is MotoGP day when you own a CBR125R’ and is very helpful for maintenance tips. Failing that try www.125ccsportsbikes.com, which is American-based but still worthwhile UK riders browsing. Facebook, as you would expect, is rammed full of CBR125R groups and tends to be inhabited by younger enthusiasts.