There are several good reasons why electric bikes have made virtually no impact on British motorcycling so far. Too slow, not enough range and too expensive would be three for a start. But the latest S model roadster from Californian firm Zero could change some opinions — especially of anybody who rides one. 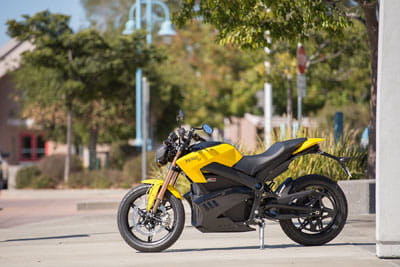 With a top speed of 95mph and a useable range of around 90 miles, the Zero S certainly has two of those old failings addressed, if not totally beaten. And although its price is scarily high, the electric bike is so cheap to run — at about 1p per mile, a fraction of the cost of a typical petrol-powered equivalent — that for some high-mileage riders it could even make financial sense.

This Zero is certainly a more serious and substantial bike than Zero’s previous models. It looks pretty much like a conventional naked middleweight, and at 173kg it weighs roughly as much as a Triumph Street Triple. It feels deceptively normal as you throw a leg over the low seat and turn the ignition key. But when you open the throttle, the Zero shoots off with an eerily smooth burst of acceleration, its only sound a high-pitched whine from the aircooled motor. 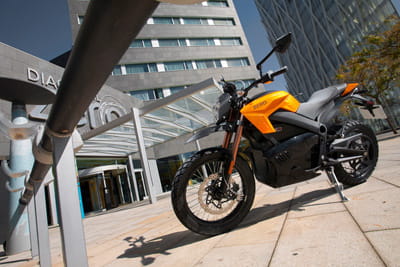 The Zero makes 54bhp and puts out a healthy 68ft.lbs of torque all the way through its rev range, so there’s no need for a gearbox; just direct drive via a toothed belt. Acceleration off the line is good rather than outstanding, with very accurate throttle response. As it picks up speed the Zero pulls gradually harder, with a strong surge of torque that makes it a hoot to ride. 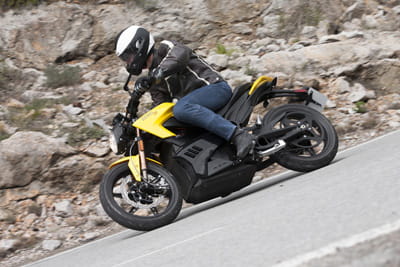 Stability is good, and the bike was light and agile enough to be entertaining on some twisty roads in the hills near Barcelona, where it was launched. But ironically the excellent electric power train is slightly let down by the chassis, which shows Zero’s roots as a mountain bicycle firm. The aluminium frame seems stiff and the forks aren’t too bad but the lightweight rear shock, also by Taiwanese firm Fastace, gave a very rough ride on bumpy roads. 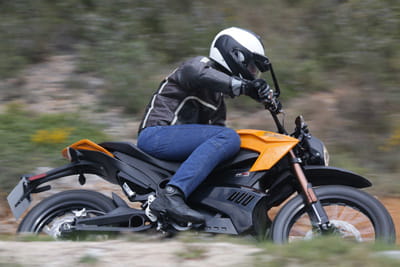 Braking from the single front and rear discs was adequate rather than good. Same goes for the S-model’s IRC tyres, which at least gave more grip than the chunkier Kenda rubber fitted to the dual-purpose DS model. That bike is almost identical to the S apart from long-travel suspension and wire-spoked (instead of cast) wheels, with a 19- instead of 17-inch front.

The S-bike managed 75 miles on a charge, despite being ridden pretty hard for much of the time. That’s enough to make me think Zero’s 90-plus mile claim for typical use is accurate. Whether that is sufficient depends very much on what you want from a motorbike. Touring is out; commuting could be a real possibility. Charging takes almost eight hours at a normal socket. (Or just one hour with the accessory CHAdeMO fast-charger, but so far the only place to use this is at Nissan dealerships.)

As for the traditional electric bike drawback of price, at £13,495 (as tested — there’s also a version with similar performance and roughly two-thirds the range, for £11,695) the Zero is undoubtedly expensive. But Zero say that a complete charge costs less than £1.50, giving an effective fuel mileage of over 500mpg. For riders doing enough mileage it could make financial sense after a few years. 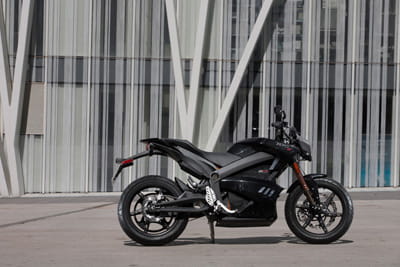 Even this much improved Zero is likely to prove too expensive and different to tempt many riders away from petrol power. But anyone who makes it to one of the firm’s handful of dealers (see www.zeromotorcycles.com/uk) for a test ride is likely to be pleasantly surprised. It’s quick, fun and good enough to make electric motorcycling worth considering.