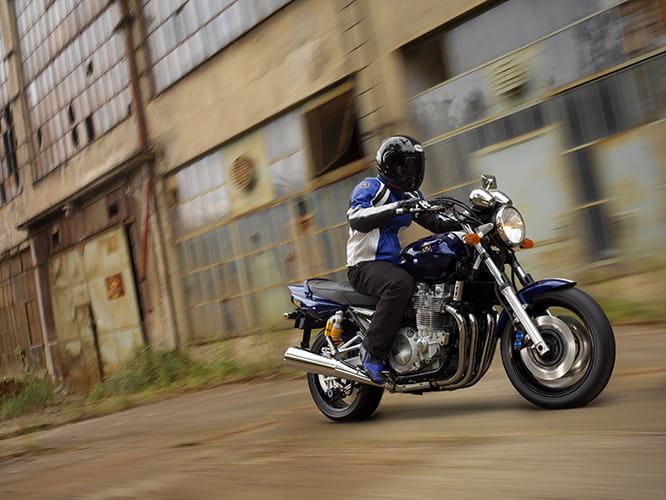 The XJR is a bike that oozes testosterone. If you met it in a pub it would be sporting a huge moustache, have a hint of thick chest hair poking out of its shirt and smell of Brut. In short, think Tom Selleck in his heyday…

Ok, maybe we are being a bit dramatic, but the fact of the matter is that the XJR remains the only large capacity inline four air-cooled bike on the market, and that makes it pretty damn macho in our book. This is a bike designed and built when men were men and bikes were big air-cooled beasts with suspect handling and wide bars.

To be totally fair to the XJR it’s not actually that bad a handling bike, but it is far from a super naked. The tubular chassis and suspension are a little soft, which can create a gentle weave in bends, and the brakes limited in their performance, but that all adds to its character. And anyway, this isn’t a machine that is built for going fast on.

The XJR1300 is all about enjoying the ride. The wide bars and deeply padded seat make it a great bike for either solo or with a pillion and when combined with the air-cooled engine’s lovely spread of torque it delivers an incredibly relaxing ride. It’s a great machine for exploring the local area on sunny days or even venturing further a field. And then there is another string to its bow…

The XJR1300 is a brilliant bike when it comes to customisation. The air-cooled engine looks mean and moody and it doesn’t take a lot to turn this old-school beast into a damn good-looking modern cafe racer. Especially if you start with a carbed rather than an injected one. A new set of forks, a bit of hacking here and there and some exhaust tape and you have your very own apocalypse survival machine… 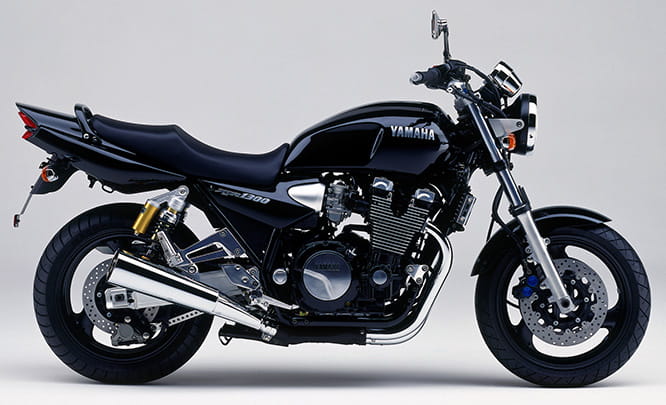 The XJR’s engine has a reputation for robustness, however the same can’t be said for some of the parts that surround it. The paint and lacquer on early XJRs is pretty poor and often peels off the motor and fork legs. As with most exhaust valves, the EXUP valve that appeared in 2007 can seize up so check it moves freely and also that the suspension has some damping left in it. The Ohlins shocks are rebuildable, but a heavy old bike like the XJR does tend to give them and the forks a good workout and they need regular servicing. A few issues have been reported with the ignition barrel wearing, causing the key to be awkward to turn in the ignition, and also ensure that any post-2004 machine has the red ‘master’ immobilisor key included in the sale. Some owners love the retro appeal of carbs, other prefer fuel-injection, however both need to be nicely balanced to make the bike run properly. Electrical faults tend to be limited to side stand cut-out switches packing up, but be wary of any bike that has been modified as this can cause havoc with electrics. Speaking of modifications -  R1 front ends, new swingarms, bars, there are quite a few XJRs out there that have been altered from how Yamaha built them so if you are buying a special check who did the work and how competently they have performed it! 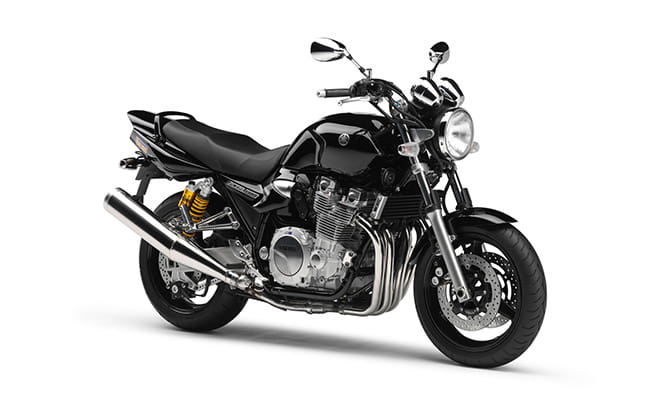 The XJR1300 replaced the XJR1200 in 1999 and introduced a new bigger-bore 1251cc engine (the 1200 was 1188cc) as well as a host of technical improvements such as a wider rear tyre, better brakes and uprated chassis components. Alongside the stock XJR1300 an SP edition added Ohlins shocks and cooler paint schemes. In 2002 the traditional twin pipe exhaust system was replaced by a single end can, shedding 6kg in weight, while the SP was discontinued as the stock XJR now came with Ohlins shocks as standard. Small updates in 2004 saw the XJR gain an immobilisor system and emissions-pleasing engine tweaks while 2007 saw fuel-injection introduced for the first time alongside styling alterations that included twin LED rear lights. Although technically unchanged, 2009 saw a really cool race style paint scheme with a ‘1’ on the tank before 2011 introduced an all black model with a black engine. Very small changes in 2014 included a new aluminium colour swingarm to off-set the black forks, headlight and engine. A new XJR1300 arrived in 2015 with uprated forks, a new smaller tank and redesigned subframe and seat unit. A bolt-on Racer kit was also made available that consisted of a carbon mudguard, nose cowl and pillion seat cover. 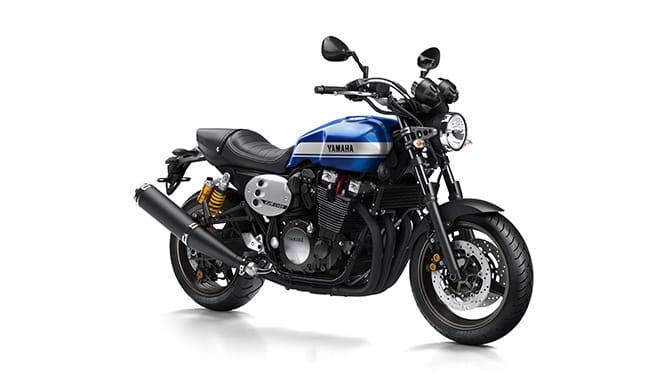 http://yamahaxjr1300.com - This is a very active UK forum that can often be found at events such as the BMF Show (now called MCN Live). The forum is packed full of information and owners are always happy to assist/take the Michael when it comes to technical issues…