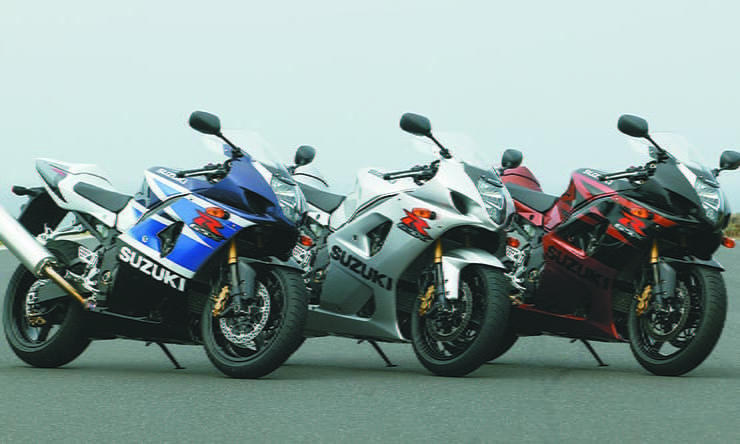 Having stunned the world with the launch of the original GSX-R1000 K1, just two years later Suzuki gave it a bit of an update to iron out a few of its rougher edges. The result was a machine that while not quite a raw as the original, is actually a far better bike to ride as it boasts more power, less weight and a hugely improved chassis. And, best of all, in the used market it is generally overlooked, meaning this 160bhp missile can be yours for less than £3500. What’s not to like about that?

Despite what some fanatics may tell you, second generation bikes are generally far better buys than first generation models if you actually want to ride them rather than stick them in a collection. Original models always have a few niggles that need sorting out and these faults are addressed in the update. And that’s exactly what happened with the GSX-R1000 K3.

A nice set of radial brakes replace the horribly weak six-piston items on the K1 to increase the bike’s stopping power, updated suspension gives a plusher ride and the new black DLC (diamond like coating) coating on the forks doesn’t wear away in seconds. Add to this a motor that is smoother, thanks to a new ECU and fuel-injection system, and sharper looks and you can see why the K3 is such a cracking model. So why aren’t buyers beating down used showroom door to get their hands on the K3/4?

The simple truth is that the K3/4 models suffer from the popularity of the K5/6. Everyone wants the K5 as it is (rightly) seen as one of the best GSX-R1000s ever built. But you have to remember we are talking about a 160bhp bike here, which is far more power than any of us need on the road, and if you take this into account, the K3 is probably a far better buy for most riders as well as tremendous value for money.

The GSX-R1000 K3/4 is a fairly solid bike, but one that is prone to getting a bit dog eared if not well looked after. Most faults aren’t that expensive or major to fix, but they can be irritating if left unchecked or the bike isn’t serviced regularly. The logo stickers on the black/copper coloured bikes love to peel off and the headlight also mists up, neither of which can really be cured but are worth checking for. While the engine is mechanically sound, if a little rattly, as standard, the clutch is a bit weak and if it starts to judder then there is a chance the basket has become worn. Fitting a chatter ring from the GSX-R750 cures the judder and some owners even go as far as drilling the clutch basket itself to allow more oil to flow into it – but this modification is best left to a professional. The worm drive at the front of the clutch gets full of grit and grime, making the clutch’s action sticky, but this only needs to be cleaned out to make it work like new. Always check on a test ride that the gearbox is sound, as worn selector forks make the bike jump out of second and third gear, which is another very common GSX-R1000 issue. If the motor doesn’t idle well, the Throttle Position Sensor (TPS) is probably broken, which is only £80 for a new unit but fitting it is a job best left to a professional. Otherwise it is the usual crash damage, suspension weeps and bearing and suspension linkage checks and all should be well. Generally, if a GSX-R1000 looks well looked after it will be a good buy, it’s the hounds you need to avoid as once they are knackered they never really recover to their former glory.

The K3 replaced the original GSX-R1000 K1/2 in 2003 and brought with it a degree more refinement as well as better brakes and suspension. While the K3 and K4 models look identical, they actually have different brake calipers with the K3 running four pad calipers and the K4 two pad ones as Suzuki spotted the K3 style could cause the pad to wear on a taper. It’s no big issue and other than this the bike was only updated visually during its two year life span before being replaced by the stunning K5 model in 2005. The K5 brought far more fundamental changes with a heavily modified engine and chassis as well as a new look and cool trapezoidal exhaust. 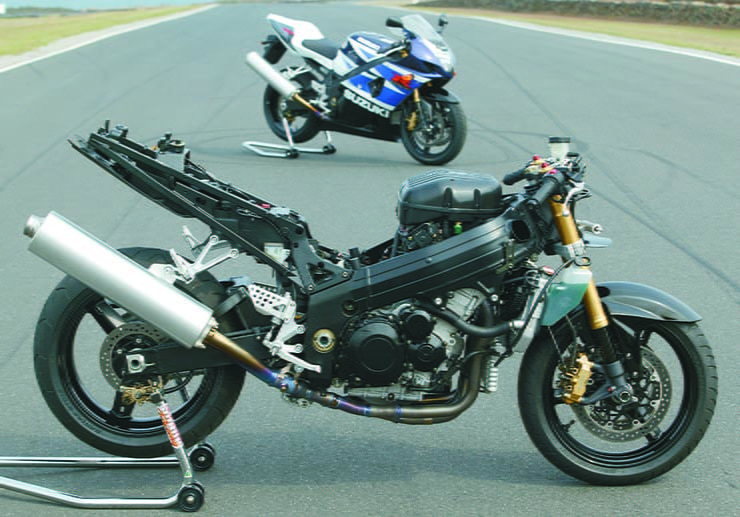 For some reason the GSX-R1000 has failed to enter the ‘future classic’ market and as such prices for early models are far cheaper than the likes of the original R1. And that means second generation bikes such as the K3/4 are even better value! You can pick up a tidy K3 in a dealer for £3500 with private sales going for just under £3000. That’s a hell of a lot of bike for your money. If you want to get a later 2004 model, you only need a few extra quid as good examples go for in the region of £4000. Compare this to the very popular (and fashionable) K5, which is closer to £5000 and even over £6000 for a mint one, and you can really see what a bargain the K3/4 model is. 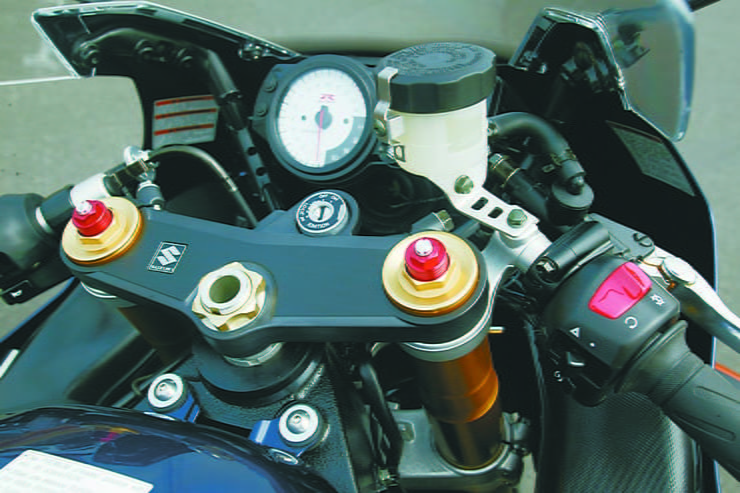