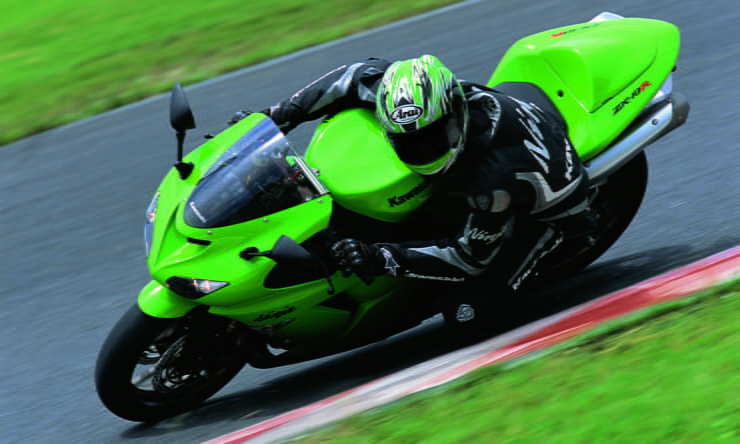 The 2006/07 Kawasaki Ninja ZX-10R is a bike that suffers from something of a poor reputation that in general is fairly unfounded. Launched on the back of the fire-breathing original ZX-10R, the first update was aimed at making the wayward Ninja more restrained. On paper this was a good idea, despite breaking new ground in terms of power and weight as well as announcing after the lardy ZX-9R that Kawasaki were certainly back in the litre bike game, the 2004/05 ZX-10R was more than a little unpredictable when it came to its handling. The issue that Kawasaki had in 2006 was that they missed the fact that Ninja owners actually quite liked their sportsbikes to be wild…

Unfairly dubbed ‘the wheelbarrow’ due to its ugly twin underseats exhausts that were forced upon it by emissions laws, the 2006 model’s fairing was also more bulbous and less sharply styled, offering the rider more wind protection at the expense of that aggressive look. Add to this a longer wheelbase, more relaxed chassis geometry and a (much-needed) Öhlins steering damper for the first time and fans of exciting Kawasaki sportsbikes were quick to lament the loss of the ZX-10R’s wild side. The fact the engine actually boasted increased power and torque as well as a more refined power curve with less of a jump when it really came on song was overlooked and this led to the 2006/07 ZX-10R being one of the more unloved Ninja generations. But don’t let this put you off buying a used one.

Yes, the 2006/07 Ninja is less of a beast than the original, and lacks its bad boy reputation, but is this really a terrible thing? When it comes to road riding it is far easier to live with and has considerably less tendency to throw a wobbly over bumps that often results in the front end getting slap happy on the original Ninja. The slightly sluggish steering only really comes to light on a track, the heavy underseat pipes are very easy to replace and the motor is all Ninja and seriously fast with 165bhp at the rear wheel and top speed of over 180mph, which is more than enough! All in all, there is very little not to like, especially when you see its price in the used market.

Unpopularity equals a deal and the 2006/07 Ninja is a very good value used litre bike. It may be viewed as a bit of a black sheep in the Ninja line-up, but remember up until the all-new 2011 generation, this was the only ZX-10R to have enjoyed any success in WSB. True, it was a bit of a freaky wet race, but the record books still show that Chris Walker stood on the top step at Assen in 2006 and that’s all that matters!

Very little goes wrong with this generation of Ninja and it is an extremely safe secondhand buy. Aside from the fairly standard used buy checks of worn head bearings, seized suspension linkages and crash damage, you shouldn’t encounter any major technical issues. As with any older sportsbike, assume the suspension is in need of an overhaul unless the owner has had it done recently and watch out for the more expensive 16,000-mile valve clearance service, which does boost the bill. Towards the end of 2006 and into 2007 the Ninja was sold with twin Akrapovic silencers in an effort to boost buyer’s interest. These not only look far better than the ugly stock cans, they also shed a stack of weight hanging high at the tail, which makes a big difference to the bike’s handling so look out for them on a used bike but don’t pay any extra for them. Some owners lower the Ninja’s gearing in an effort to gain a bit more of an acceleration thrill, which is a reasonably good tactic but not for everyone. It is always worth asking if this mod has been done as you will need an electronic device to correct the speedo’s reading as it will not be accurate any more.

The original Ninja ZX-10R appeared in 2004 and remained unchanged through 2005 until the 2006/07 model replaced it. This generation came with twin underseat pipes, a revised chassis, a new look, altered dash and a tweaked engine with a heavier crank to make it less aggressive on the throttle. It was never physically changed aside from colours but was sold with Akrapovic silencers in an attempt to shift stock before being updated again in 2008. This generation featured a side mounted exhaust and traction control (KIMS) for the first time. It was replaced in 2011 by the all-new ZX-10R, which featured BMW-matching electronics as well as a new engine and chassis. 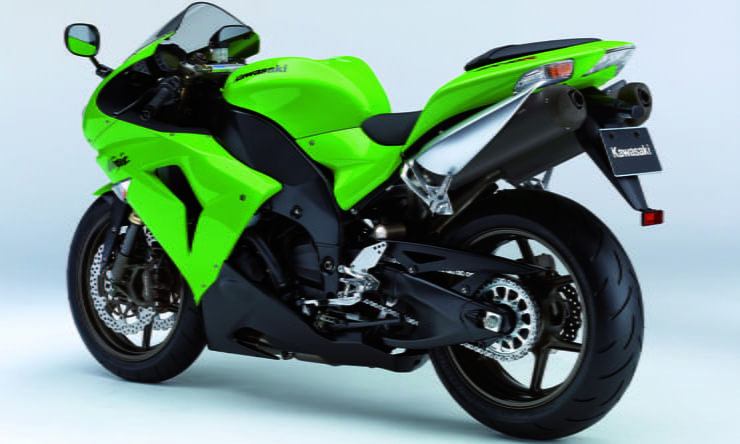 The ‘wheelbarrow’ 2006/07 model remains pretty unpopular in the used market, but the tide is starting to turn and prices are on the up. You can get a really nice 2006 bike for in the £4000 region in a private sale if you go for the unpopular silver colour, but tidy green ones go for closer to £4500 to £5000. There is little difference between the price for 2006 and 2007 models, instead it goes on condition, extras and colour – owning a green one will cost you a premium!

www.zx-10r.net - This American based forum has a number of UK members and is quite into making Ninjas go faster. If 175bhp isn’t enough for you, you know where to look…

www.chriswalkerkawasaki.com - Who better to ask about the 2006 Ninja than the man who won a WSB race on it? Unsurprisingly, Walker is a huge fan of this model and loves to chat about them.