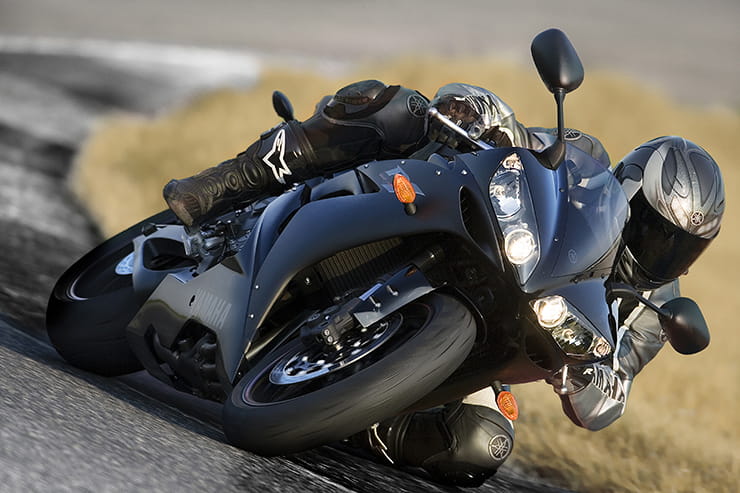 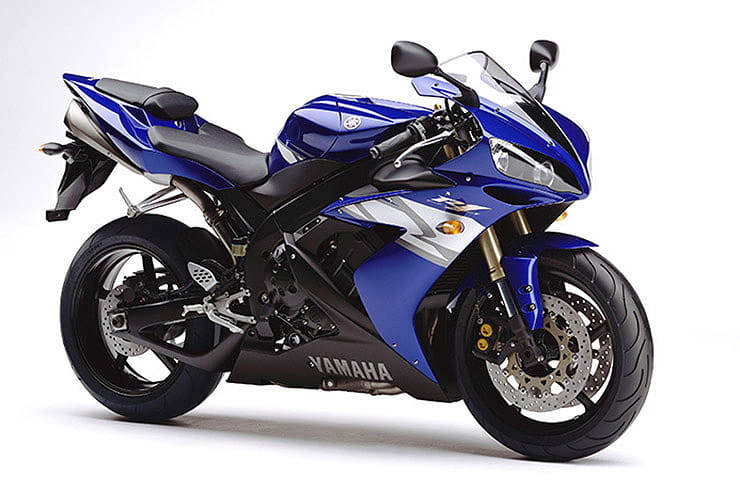 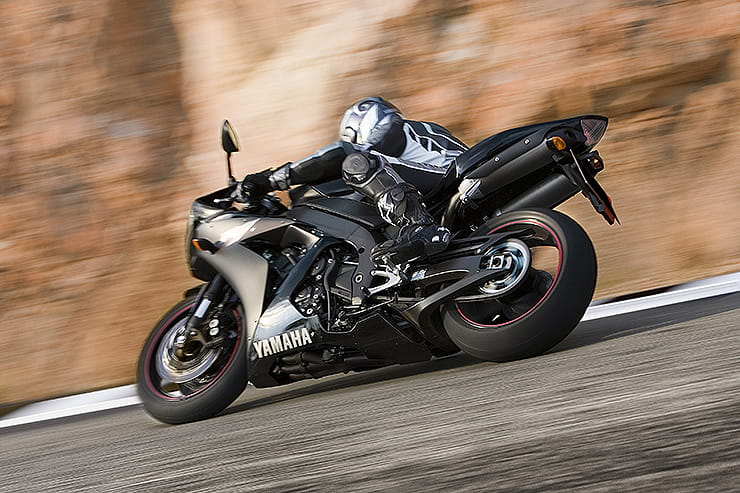 When Yamaha unveiled their all-new YZF-R1 in 2004 there was a set of numbers that captured all the headlines. With a claimed 172bhp and a dry weight of 172kg, the R1 was the first mass-produced motorcycle to boast a 1:1 power-to-weight ratio, which was incredibly impressive. Well, until Kawasaki got wind and decided to up the bhp (on paper...) of their Ninja ZX-10R when it was launched a few weeks later... Irrespective of headline-grabbing PR, the 2004 R1 marked a huge change for Yamaha. Not only was this generation powered by an all-new litre engine, it came with an elegant new look featuring underseat pipes for the first time, radial brakes and a more refined and classy feel than ever before. Was it a bit too classy for a litre sportsbike? That depends on your point of view...

The R1 is a popular model in the used bike market due to its high level of build quality and classy styling. Prices start at £4500 in a private sale while dealer bikes generally begin at just over the £5000 mark. While this is undeniably quite expensive for a 15-year-old machine, the R1 does stand the test of time well, both in terms of its performance and its build quality. If you want the updated 2006 model, you need to look at spending around £6000 for a nice one. If you are after the SP, well that’s a different kettle of fish with well-used (on an SP that means over 10,000 miles) bike costing £10,000 and a pristine one (sub 5000 miles) closer to £15,000. Are they worth it? In all honesty, probably not.... 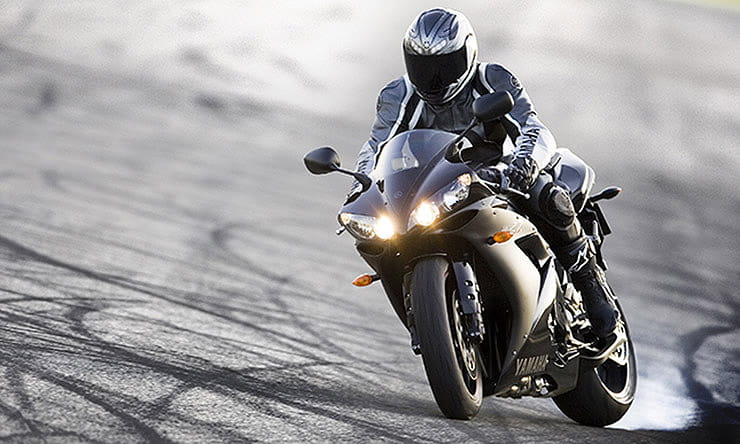 The R1’s all-new 998cc motor may have kicked out a claimed 172bhp but the dyno reality is closer to 150bhp with just short of 100Nm of torque. Although this puts it in the same rough ballpark as the likes of the Ninja and GSX-R, the R1’s power delivery is far less aggressive and with its tall gearing it can feel a touch lethargic. While nowhere near as disappointing as the Blade, it isn’t as thrilling as the Kawasaki or Suzuki as it lacks that punch of acceleration. On the road this isn’t a bad thing as it makes the bike more relaxing to ride but if you are after a smack in the face every time you open the throttle, it may leave you slightly underwhelmed. Well, as much as 150bhp can ever leave you underwhelmed!

This is the last generation of R1 to feature the firm’s five-valve head design, which was replaced by a more conventional four-valve design in 2007 before the crossplane arrived in 2009. A very solid motor in terms of its engineering, faults are few and far between and even the valve clearance service is (as on all R1s) at a pleasingly high 24,000 miles. A few early bikes suffered from clutch issues, mainly as you can hit over 90mph in first gear so pulling away can stress it, but that’s about the only mechanical worry. Well, aside from the EXUP value... If the R1 does the ‘tacho tango’ on a test ride, which is when the needle sweeps to a point, stops there, returns to zero then resets to the correct revs, the chances are that the EXUP value is seize. This can be a quite a pain to free off (most just buy a de-cat link pipe) so always check the valve is turning by removing the plastic inspection cover on the value and watching the cables move. Another bonus of a de-cat link pipe is the fact the underseat pipe gets horribly hot in summer due to its cats and this greatly reduces the chances of it cooking your leg. Always watch out for any signs that a sensor is down but in general, the R1 is a solid buy in terms of its motor. And don’t worry about the updated 2006 model, its motor is virtually identical with only very small updates. A lot of owners swap the 17-tooth front sprocket for a 16-tooth item to give it a bit more poke. If you do this, you will need a speedo healer as the speedo will become inaccurate, but these are easily available, simple to fit and not very expensive. 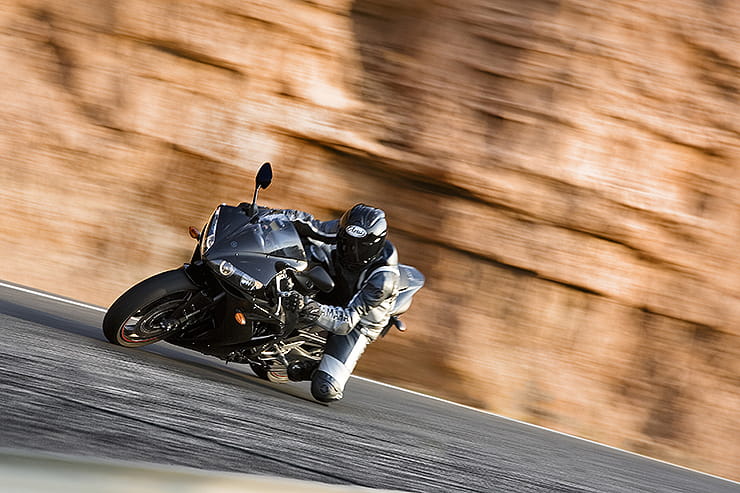 The R1 is a touch thirsty but you reasonably expect to see low 30mpg figures on a ‘normal’ ride. The fuel light will come on at roughly 125 miles and you have until about 140 miles before you need to really start worrying...

This generation added a huge dose of stability to the previous generations of R1’s generally fairly wild ride. Although certainly sporty, it is quite a stable machine and when lent over you do need to hold it down a bit in the bends where sportier rivals flick on their side and stay there. The pay-off for this is a bike that seldom gets out of shape on the road, which is a trade-off that is worth making. Although Yamaha claimed a very low weight, the reality is a bit different and the R1 doesn’t feel at featherweight as the Ninja, although it does have a very nice feeling of balance at low speed. In terms of its chassis, you need to watch out for any signs of crash damage as quite a few get taken on track, as well as seized suspension linkages and duff suspension. The R1’s fairing is a nightmare to remove with lots of irritating and fiddly hidden fasteners, so always give it a good check over as home DIY-ers can crack lugs if they don’t take care. The 2006 updated bike features subtle alterations to its chassis to give it a bit more flex for racers, something you won’t spot on the road.

The R1 has four-piston calipers which are actually technically a monobloc design, which is pretty cool. Not exactly amazing to start with, they don’t age well and you are recommended to fit high friction pads, braided lines and to be honest even a new master cylinder if you want some modern bite in them. ABS was never an option. 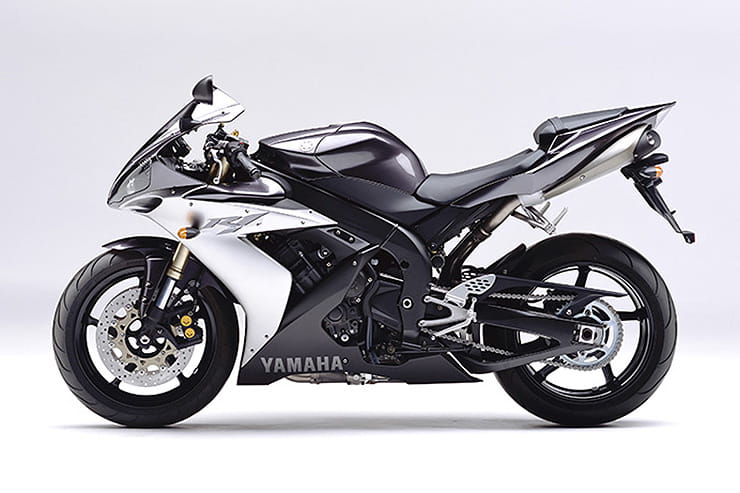 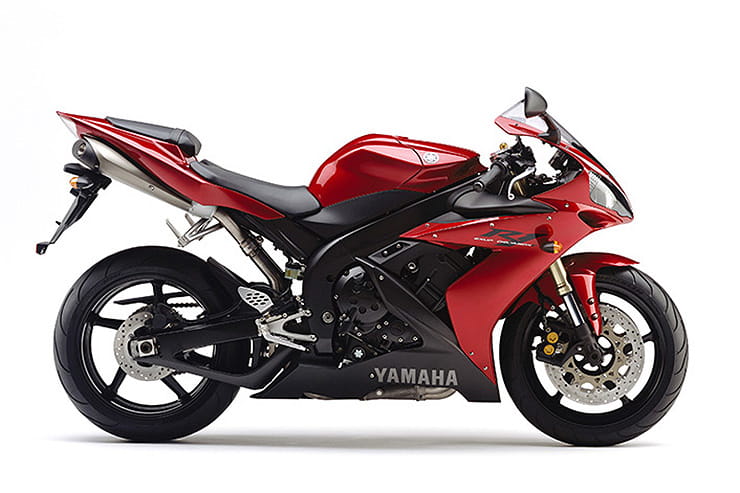 Above: 2004 model from the left and right

Yamaha like to put the rider quite far forward towards the headstock, which makes them a bit ‘wristy’ to ride, and doesn’t bode well for touring work. You can ride them distances but they aren’t great and by the time the fuel light is on you will be extremely glad of the chance to stretch your wrists. A taller screen helps a little bit but not a great deal.

With no rider assists and not even a ride-by-wire throttle, the 2004/06 R1 is pleasingly analogue in its ride. You get a shift light but that’s it. Quite a few riders fit aftermarket exhausts, which isn’t a bad thing to do as the OE units are very heavy, and double bubble screens, crash protection, rearsets and tail tidies are common. A few uprate the suspension, which is a great addition, and even fit lightweight wheels. It depends on what you are after and remember, the cost of the aftermarket parts never reflects in the sale price. If you want a tricked-up one, search it out and let the seller take the hit rather than you buy the bits new and fit them. The R1’s immobiliser system (its one bit of electronic trickery) requires the red ‘master’ key to allow you to re-program black keys, so always ensure this is included in the sale. Without the red key you will need a new ECU and lock set to get the bike running again, which is a massive bill. You can get the ECU re-flashed and the immobilisor disabled, which is a cheaper option, but that can cause issues with insurance.

The underseat pipe R1 is a classy litre sportsbike which flew in the face of its far more boisterous competition. With a high build quality and solid reliability, the R1 makes for a good used buy that while still extremely fast isn’t as raw as the likes of the Ninja ZX-10R or GSX-R1000 K4. 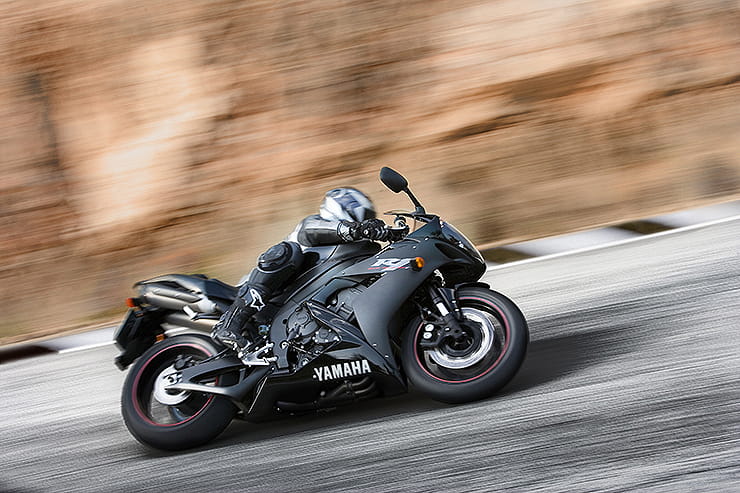