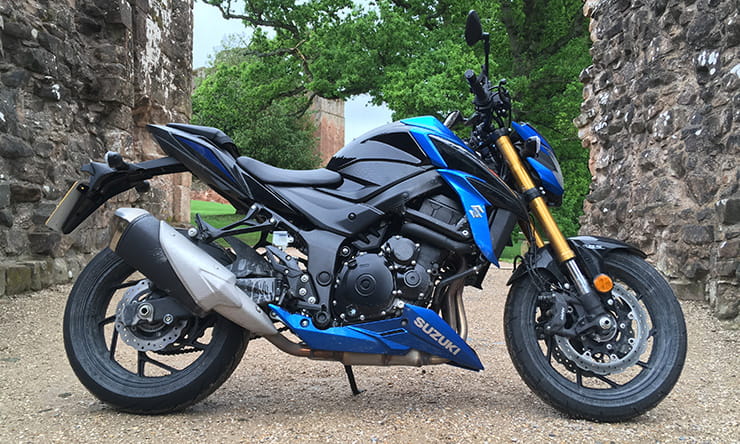 After just ten miles, I absolutely loved this bike.

Okay, in the spirit of long-term testing, where a manufacturer loans us a bike for a good chunk of the year, this isn’t exactly a ‘living with it’ review, but after 300 miles in the first week, I’m still very impressed.

Suzuki’s GSX-S750 is essentially an upgrade to the GSR 750, restyled with new plastics, headlight and tail. It’s also got new clocks, wheels and swing-arm. The frame’s the same, but if it ain’t broke, why fix it?

And that’s the point with the engine – it’s derived from the 2005 GSX-R750 motor. Which is A Very Good Thing. Euro 4 emissions regulations have seen some manufacturers look to all-new power plants. Others have battled on, trying to work around the restrictive exhaust systems, but this is something else… 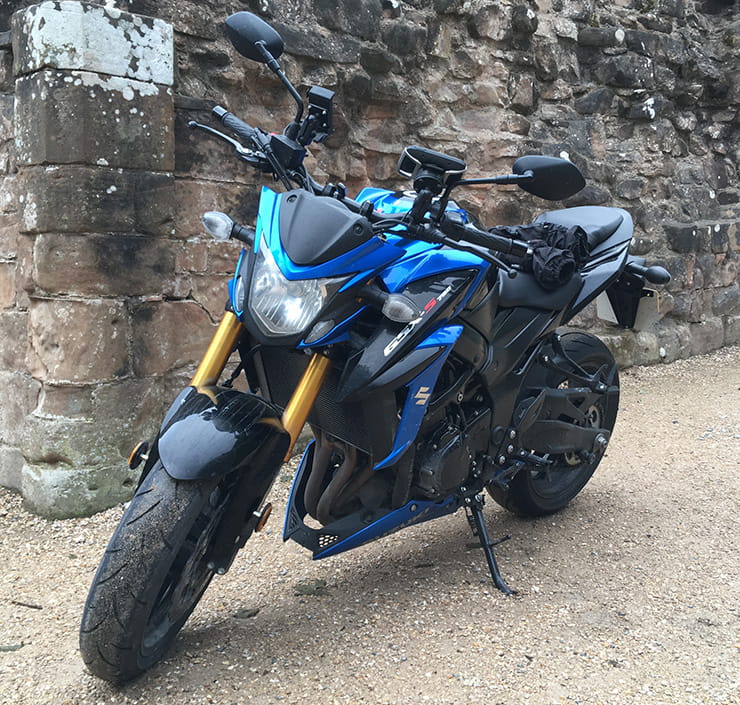 Ignore the two sat-nav mounts – I’m not that prone to getting lost; I’m just comparing them

In Bike Social's original review of this machine, tester Jim Lyndsey said he reckoned the rear-wheel performance will be about 100bhp, which is just right for the road. I couldn’t agree more; as the owner of a KTM 1050 Adventure (which on the dyno makes 99bhp), I rarely find myself wanting more.

I love a bike that you feel you can work hard, but not be reaching silly speeds. Something that gives you the drive out of corners – the acceleration that makes bikes so much fun – without propelling you into court faster than you can boast about your Panigale making more power than an R1.

Despite many journalists returning full of praise from the GSX-S’ rainy launch, I didn’t expect to like it this much. It’s not the suspension, which adjustable only for preload, feels great on smooth roads, but pretty harsh on less carefully-surfaced Tarmac (I’ll have a play with the adjusters over the coming weeks). It’s that engine. Or more specifically, the noise it makes.

I remember GSX-Rs as having a banshee wail that epitomised what sports-bikes meant when I started riding in 1996, and this thing doesn’t sound any less awesome. Through a combination of clever air-box and exhaust tuning, the GSX-S winds itself up into a frenzy that goads you into twisting the throttle back that little bit further. It’s lucky then that it’s not stupidly fast.

The Suzuki is still plenty quick enough though, and I’m needing to keep myself in check a little more than I would on my torquey KTM, but 749cc seems to be the perfect capacity for a street four-cylinder. Having ridden the new Fireblade and Yamaha R6 back-to-back recently, the 600 was great fun, but needed a bit more commitment, while the ’Blade was just too fast for my road riding. I loved that Honda during the launch at Portimao, but on the road, even in second gear, I was into licence-losing territory before the motor really started to get interesting. 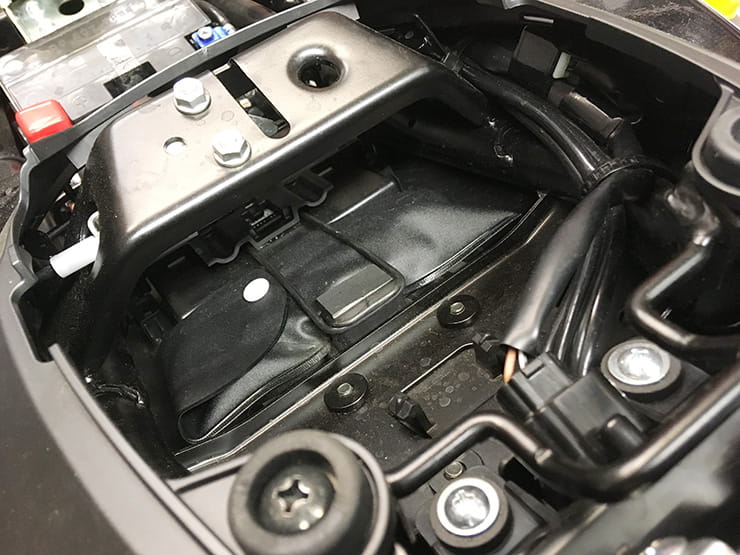 There’s a surprising amount of space under the pillion seat

At 5’10” and after tip-toeing around on my KTM, I’m appreciating the Suzuki’s 820mm-high seat, which allows me to easily plant my feet on the ground. The bars don’t make my wrists ache, and the pegs keep my ageing knees comfortable.

There’s no fairing, which I miss in the pouring rain, but wind blast isn’t a major problem. The clutch isn’t hydraulic, but the cable’s smooth, and the action light enough. There’s a decent amount of space under the seat – more than enough for a disc-lock and much more – but there’s nothing stopping smaller items from falling down into the battery area; to get to that, you need to remove the two side panels (one Allen bolt each) and the seat (two more).

£7699 is £30 less than a Triumph Street Triple or a Yamaha MT-09, and depending on where your allegiances lie, that might not be enough of a difference to sway you from your favourite brand. But the GSX-S is a surprising bike, and I’m looking forward to some long journeys, commuting every day, and a bit of time on track. I know I won’t be the hooligan I once was on my first CBR600, but I think it might be time to swap the textiles for leathers again… 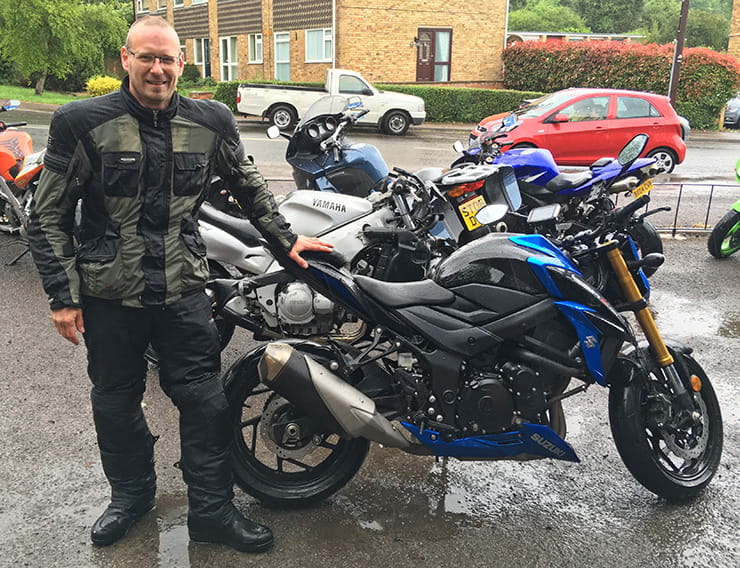 Listen to the GSX-S750 on the road