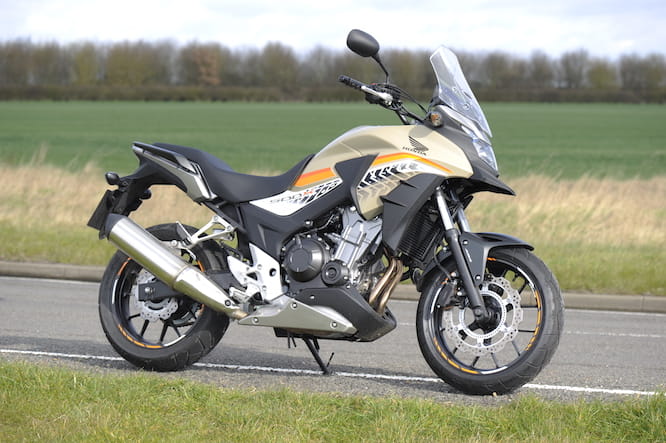 Earlier this year, we rode the sporty CBR500R and naked CB500F at the world launch and over the past few weeks we’ve been riding the adventure-styled CB500X.

As with the R and the F models, the 471cc parallel twin motor remains unchanged for 2016 as does the steel-diamond tube frame but a number of other upgrades give the bike a more upmarket feel.

Last year we had a CB500X on our long term test fleet, so it was interesting to get on the updated model for comparison. The CB500 range has always been a no frills attached, get-on-and-ride machine at a friendly price. This year’s upgrade sees it retain the get-on-and-ride nature but also provides the addition of some of those missing ‘frills’.

For example, the screen on the older CB500X was pitiful, it provided some wind protection but not much, even on it’s highest setting. As we wrote at the time, for long distances buying the higher screen from Honda’s accessories catalogue would be essential. But not any more. Honda have taken on the feedback and made the screen noticeably higher on the 2016, and it’s not just aesthetically noticeable either, in my first few minutes on the bike as soon as I got up to speed I was able to notice the improved wind protection. At speeds much over 80mph on the older model the wind could become a problem, but not any more.

Preload on both the front and rear suspension is now adjustable, something that was missing on the older model and can prove vital if you’re going to put in long distances – especially with luggage and a pillion. The brake lever is now adjustable so if you’re small-handed like I am, you can bring it in slightly to make braking a more comfortable experience. 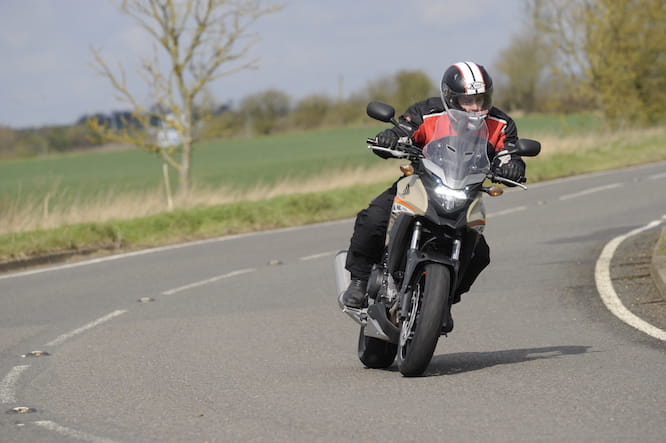 The X has also been treated to a little style upgrade, including a redesigned front cowl and tail unit but the overall design hasn’t been tweaked as much as the aggressive-looking CBR500R and CB500F.

One thing the X is notably missing compared to the new R and F models is the all-new exhaust muffler. The crisp note of the parallel twin screams out in anger on the R and F models but the X retains the older exhaust with the slightly duller tone. However, there’s a reason for this, the X’s existing travel kit (panniers and top box) wouldn’t fit on the bike if it had the new exhaust and an adventure-styled 500cc machine would be essentially useless if you couldn’t fit luggage.

The new LED lights are an improvement on the older models conventional bulbs, providing a crisper light when riding at night as well as looking more stylish.

The unchanged, torquey 471cc motor lends to an easy ride with plenty of pull if you’re in the right gear. Cruising at motorway speeds isn’t a problem, perhaps even more so now you’ve got the higher screen as standard.

On the twisties, the wide bars and upright seating position make for a confidence inspiring ride as you tip from corner to corner with ease. As with the older model, ABS comes as standard providing that extra re-assurance and as ever, the stopping power of the Nissin brakes is impressive. 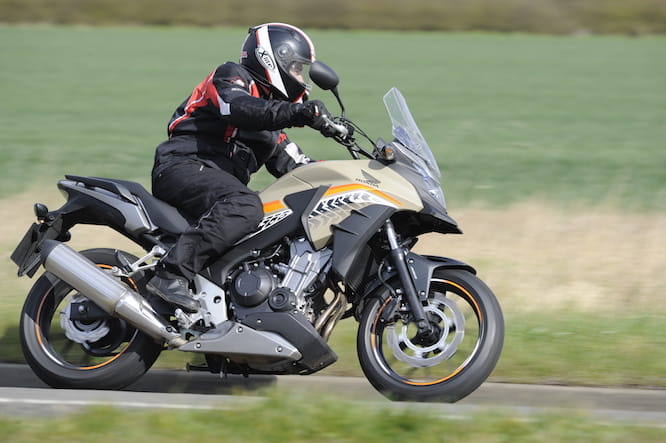 The Dunlop rubber is more than enough to handle what the 46.6bhp machine can throw at it, making the bike a pleasure to ride for both the experienced rider and the novice.

My daily commute is a 120-mile round trip, and after a week of riding the average MPG indicated on the digital display was a smidge under 70 miles per gallon, slightly less than Honda’s claimed 80 but I can’t admit to riding up and down the A1 at what you might call the optimum speed for fuel efficiency. Even after taking it out for a good old thrashing on country roads it was still reading 50mpg, so it’s certainly frugal!

Having ridden the new R and F models, I can’t help but feel disappointed that the X hasn’t been given the same level of upgrades. The style upgrades for the R and F give them an aggressive, grown up feel whereas the older models looked like small capacity bikes. The X is still somewhere in the middle here, it’s a good size but it’s still got those basic ‘baby’ looks. The looks are an improvement on the old model, there’s no doubt about that, but it’s just not quite reached the next level like its two siblings and the fact it misses out on that awesome new exhaust is a massive downside. 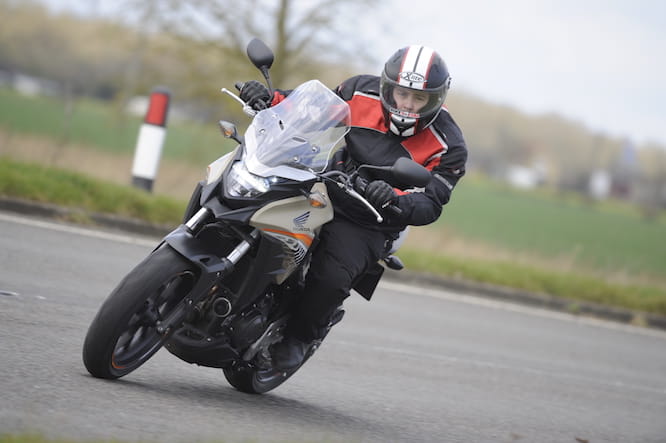 That being said, for someone looking for a fool-proof commuter bike it still stands above the opposition. It remains the only sub-600cc adventure-styled option (although might not for long with BMW rumoured to be introducing a 300cc GS later this year) and Honda tell us the X outsells both the R and F models in the UK. Whether you’re looking for something to bridge the gap between a 125cc and a bigger bike, or looking for an affordable workhorse to chew up the miles on the CB500X remains a great option and at just over £5,500 it’s a bargain. 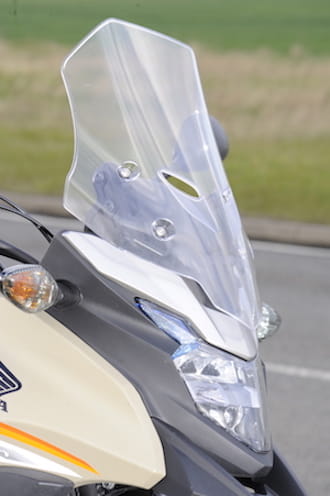 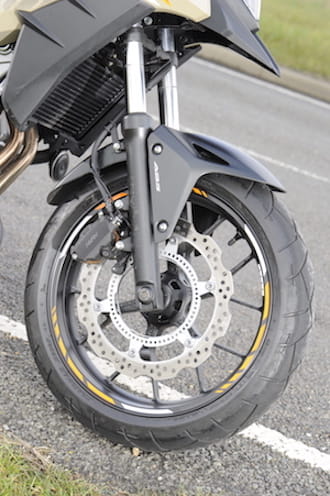 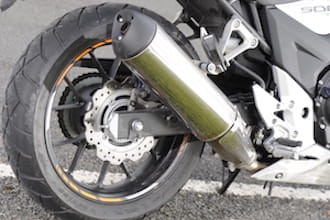 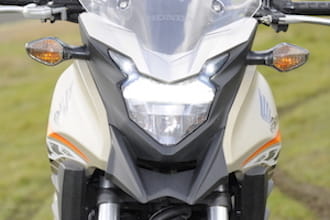