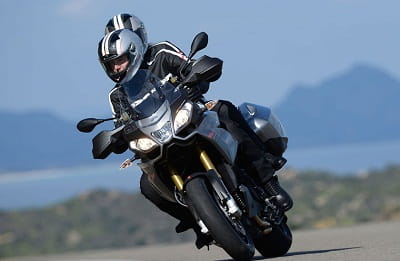 Aprilia have produced some exciting and high-tech bikes in recent years, notably the RSV4 superbike and naked Tuono V4R that are among the best in their classes. But the Italian firm hasn’t had a big adventure bike in its range — until now, and the arrival of the Caponord 1200 to join battle in motorcycling’s most dynamic division.

The Caponord’s 1197cc V-twin engine comes from the supermoto styled Dorsoduro 1200, which is dropped from the range to make way. The dohc, eight-valve unit’s output is reduced by 5bhp by smaller throttle bodies and fuel-injection changes, giving a max of 125bhp with improved economy.

With a 840mm seat height the Caponord is tall, but it’s reasonably light and very rider-friendly once you’re under way. The big V-twin engine is flexible, with plenty of midrange punch. The tall-geared Aprilia is smooth at the top end, too, cruising lazily at the legal limit with performance in hand to a top speed of about 140mph.

Rain on the launch in Sardinia meant it wasn’t possible to make a full test of the chassis, but the ADD suspension was very promising. Unlike rival semi-active systems, Aprilia’s doesn’t have settings for different riding styles. Instead it relies on suspension movement sensors, which relay information on both road conditions and how the bike is being ridden. Damping is automatically adjusted to suit.

That sounds optimistic but the Caponord’s excellent ride quality and handling suggest Aprilia are onto a good thing. The long-travel suspension soaked up bumps almost as though they weren’t there, and the Capo’s blend of light, accurate steering and stability on the twisty Sardinian roads was impressive. 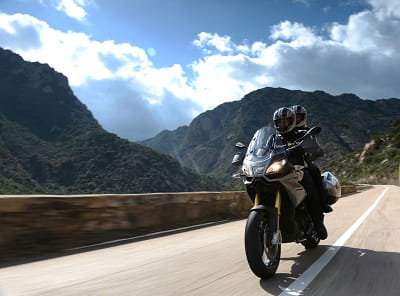 The Caponord scores over the Dorsoduro with its comfort and practicality. Its fairing is reasonably protective, helped by plastic hand-guards (which are standard fitment) and by the screen, which can be adjusted after loosening a couple of large knobs. The seat seemed comfortable; the 24-litre tank should give a range of over 200 miles.

I’d need a longer ride on dry roads to be sure, but first impressions are that the Caponord is not just a quick and capable adventure bike, it’s good enough to be a serious rival for the Multistrada and all the rest. 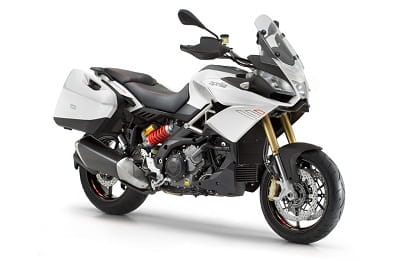 Get Aprilia motorcycle insurance with Bennetts!