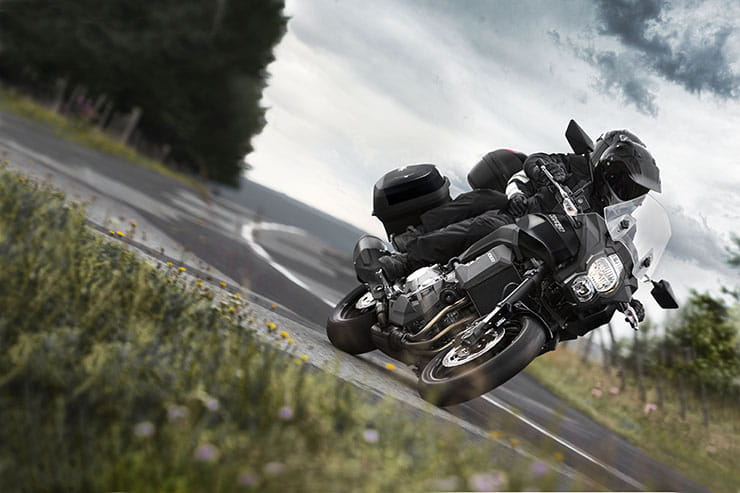 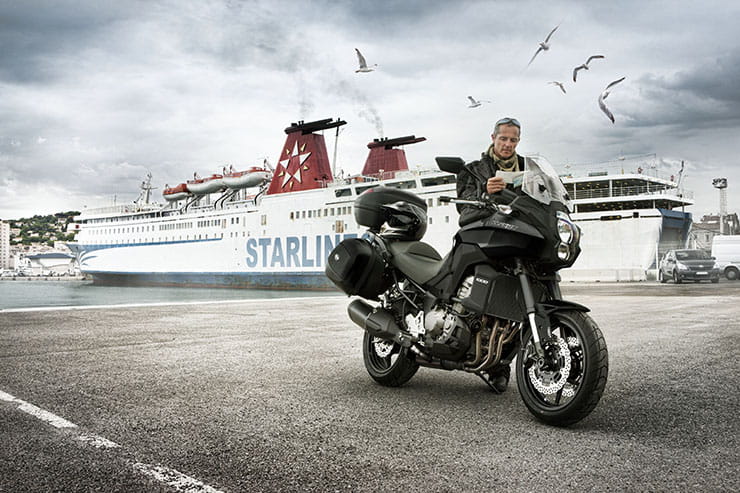 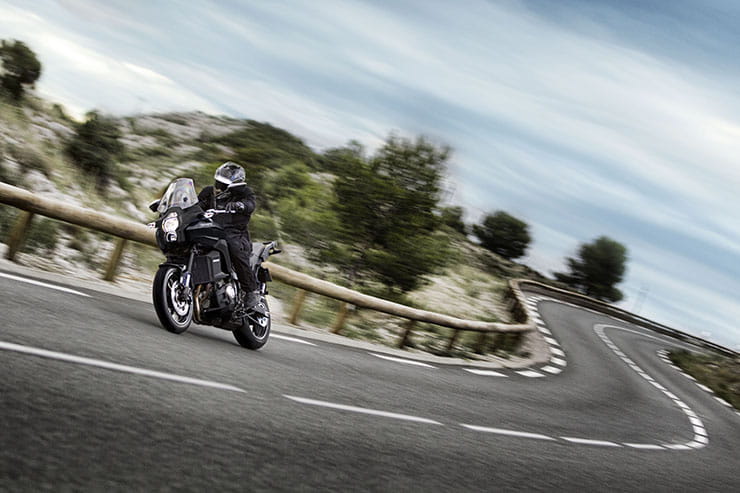 Is it fair to call the 2012 Versys 1000 Kawasaki’s first big-capacity adventure bike? If you are talking modern times you may think so, however that overlooks one (slightly forgettable...) model, the KLV1000. But brushing over the short-lived V-Strom rehash, when the Versys 1000 (which stands for Versatile System if you care...) arrived in 2012 it marked Kawasaki’s proper entrance into the rapidly emerging adventure segment. However, in typical Kawasaki fashion, they did it their way – and that meant ignoring adventure-sized wheels and instead going for ‘big supermoto’ 17-inch items and then arming their bike with an inline four motor. A bike with no off-road pretence, the Versys 1000 quickly established its own niche as a simply brilliant do-it-all that although a bit visually challenged in its original incarnation, has since matured into a superb machine with a huge cult following and bargain price tag. Is it worth checking out one of the original generations in the used market? If money is tight and you just want a solid machine for serious mile-munching, you could do a lot worse. As long as you don’t mind the look...

The Versys has the same 1043cc inline four as the Z1000SX and it is a really underrated engine that suits this style of bike perfectly. Far from revvy or lacking in grunt, Kawasaki deliberately engineered into this motor lots of lovely mid-range and low-end drive and this shows up in the ride. More than happy to pull top gear from only just above tick over, it’s a wonderfully relaxed and assured-feeling motor with bags of drive and a near perfect throttle connection. On paper ‘just’ 118bhp and 76ftlb of torque may seem not a lot for a bike weighing 239kg but figures don’t tell the whole story and you never feel lacking in drive on the Versys 1000 – even two-up and loaded with luggage!

Kawasaki have a reputation for building strong motors and the inline four in the Versys is really under-stressed and therefore reliable. Faults are very rare and if there are any issues, it is almost always down to a dodgy sensor rather than a major mechanical headache. As long as the bike starts up, ticks over nicely and has no warning codes displayed on its dash, all should be well. The service intervals are every 4000 miles with the valve-clearances requiring checking at 28,000 miles, so bear this number in mind when buying a higher mileage used bike. A few owners grumble that the gearbox is a touch clunky, which you can’t really do anything about, but they also say the overall ride is pleasingly smooth and vibe-free, which is far more important on a tourer. Always check the state of the radiator as stone damage and corrosion can make this a weak point and several owners have been forced to replace theirs. The exhaust system itself is solid but a fair few used Versys models come with an aftermarket can fitted, this is not down to corrosion, more to give it a bit of a fruitier engine note. That said, an equal number of used bikes have remained on the standard can, so you can pick and choose what suits you best. Just be a bit wary of replacement end cans as the Versys can be a heavy bike at low speed and a replacement can may indicate a low-speed drop. 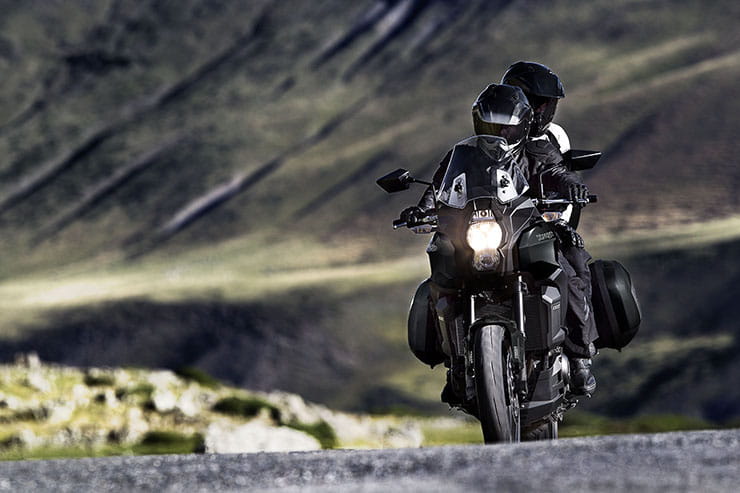 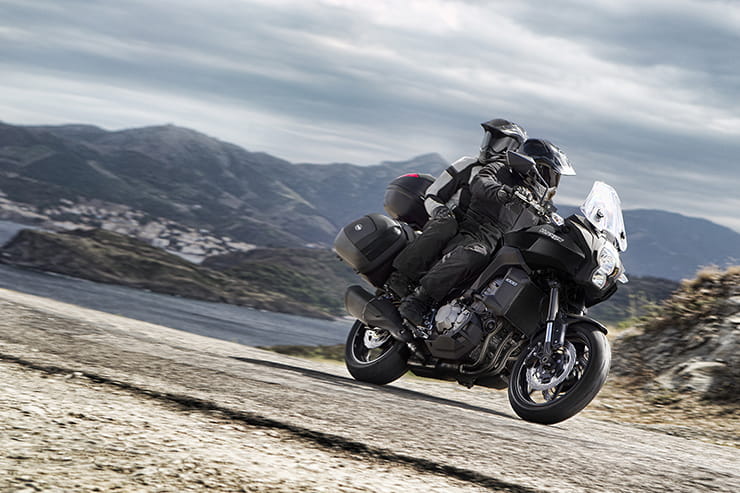 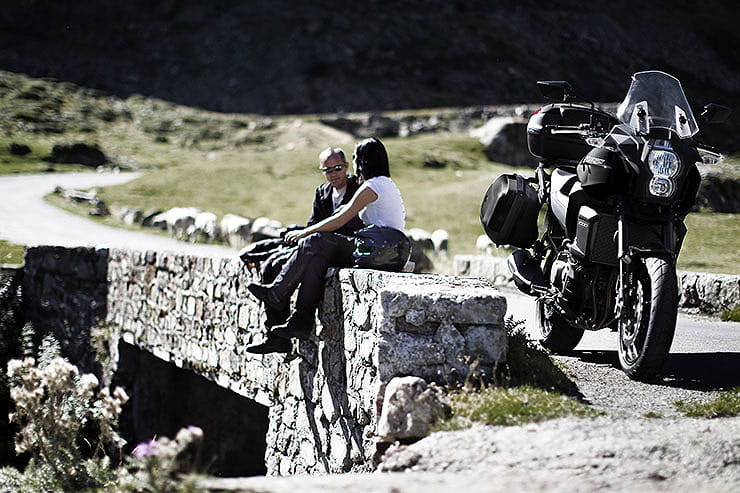 Thanks to its low-revving nature, owners get anything from 40-50mpg from the Versys, which isn’t bad at all. That means the 21-litre tank is good for over 200 miles between stops.

The fact the Versys comes with 17-inch wheels makes a big difference and it can certainly be enjoyed in the bends – up to a point. You have to remember this is a touring bike predominantly and that means suspension designed for comfort rather than sporty riding. On a motorway the Versys is stable in a straight line, over bumps its longer travel suspension is cushioning and in the bends it is predictable but a bit soft. You can alter the damping (rebound only) at both ends as well as the spring preload (there is a remote adjuster for the rear) so it can be tweaked slightly but you are dealing with a heavy bike that is targeted at tourers so it will only get you so far. When buying used the suspension linkages are a weak point on high mileage machines as they lack grease from the factory and therefore can seize up and the shock is also known to give up the ghost at about 25-30,000 miles. If the bike has luggage on and a reasonable mileage, assume it has been used for touring (maybe two-up) so pay particular attention to the shock, which could be feeling the strain by now.

The Versys has ABS as standard and its conventionally-mounted four-piston calipers are adequate for the job but not really outstanding. A set of braided lines is probably a good idea as by now the rubber ones will be a showing their age and also a pad upgrade to add a bit of extra bite. Overall they won’t impress but by the same token they won’t disappoint. 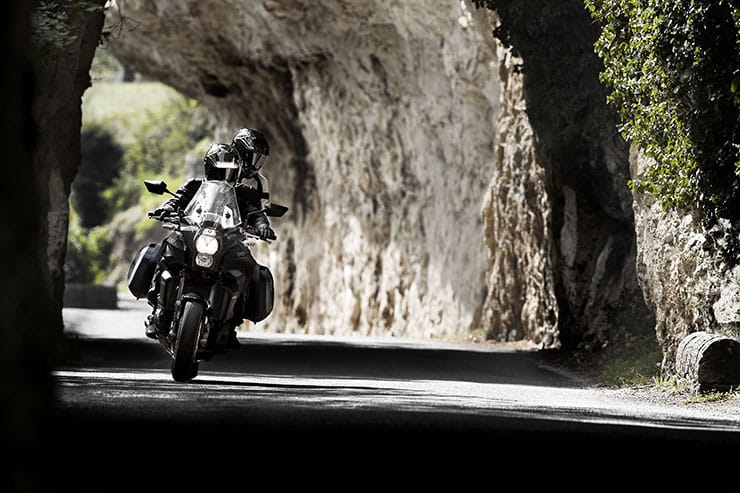 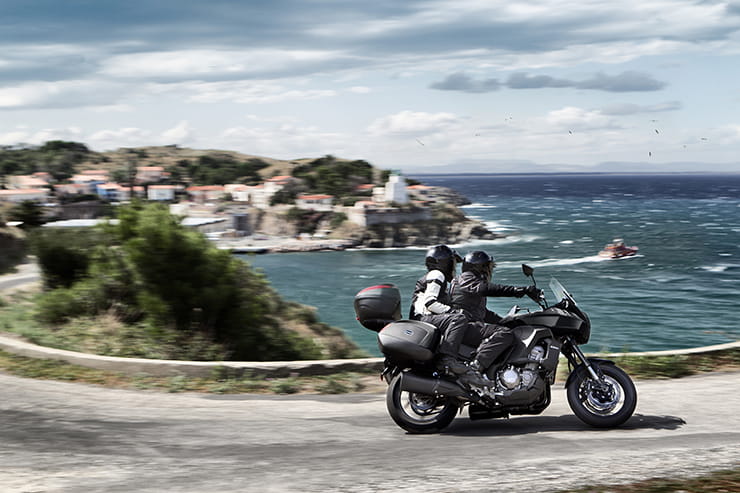 Oh yes, the Versys makes an excellent tourer and it is a brilliant one or two-up mile-muncher. The seat is extremely generous on the padding and the screen is even adjustable by a span of approximately 30mm. Although it has to be said it is a pretty basic adjustment system that isn’t easy to tweak while on the go. With its 21-litre tank, sumptuous comfort levels and relaxed upright riding position, the Versys 1000 makes smashing out the miles a dream. And it is even fun in the bends when you get to your destination.

Aside from cruise control, which is notable by its absence, the Versys has enough electronics to keep riders feeling safe and secure. There are two power modes with Low Power only giving around 75% of Full Power mode, ABS and three-level traction control. None are angle-responsive, this only arrived on the third generation of Versys alongside cruise control, but they are ok for most road uses. Heated grips are an optional extra that is well worth adding and so are hand guards and many owners swear by accessory lights as the standard ones are a bit dim. Kawasaki sold their own luggage system for the Versys, which a lot of bikes have, and also released a GT model (Grand Tourer) that added them as standard. A few owners opt for aftermarket luggage, which is fine, and taller screens are also popular. Generally with the Versys you are looking at touring options added, which are all well worth having as they make this incredibly practical bike even more so.

The Versys 1000 may not be the sexist of bikes (especially the less eye-pleasing first generation) however it is an incredibly effective machine that is hard to fault if you want a day-to-day mile-muncher that can happily turn its hand to touring, weekend rides or just a mundane commute. Not every bike needs sex appeal, sometimes it is good to have one that simply gets on with the job in hand with no fuss, drama or quibbles...

Three things we love about the Versys 1000… 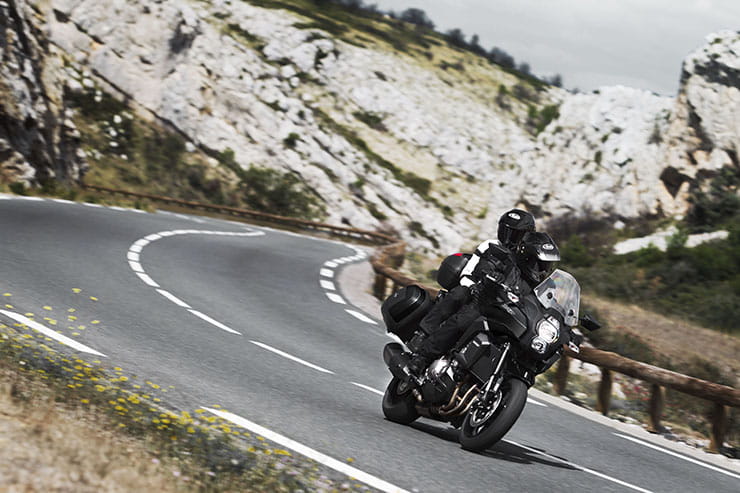