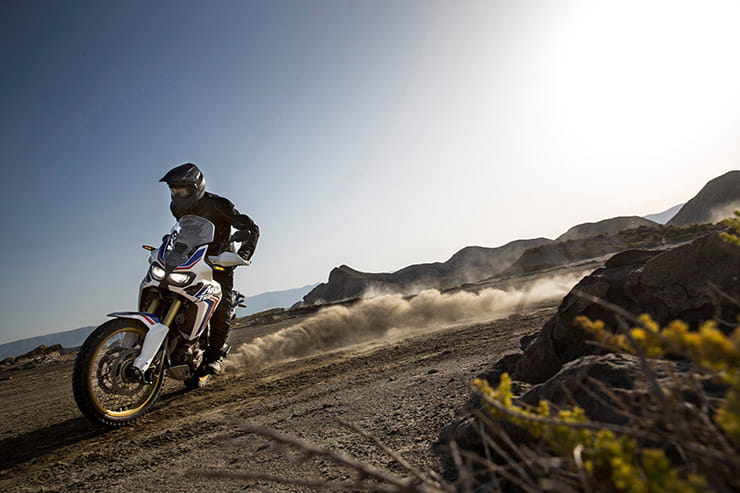 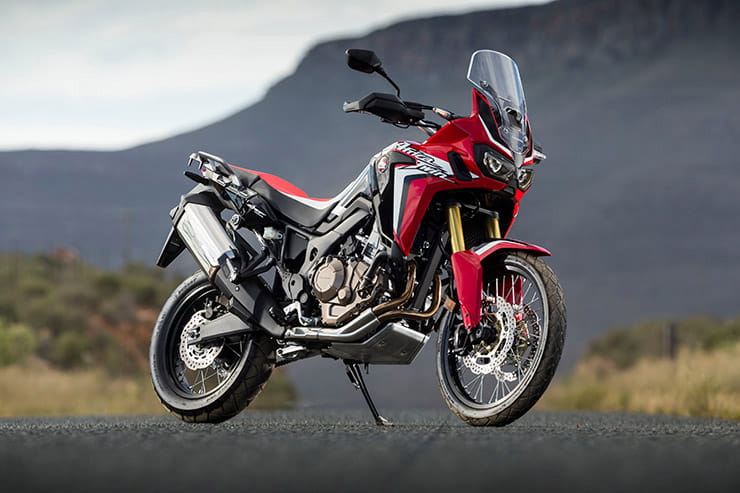 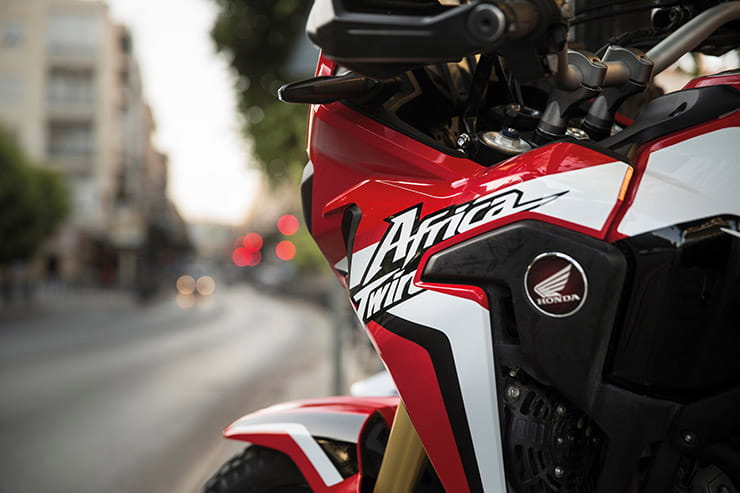 When Honda announced they were going to bring back the legendary Africa Twin in 2016 they caught the attention of a large number of riders. Over the years the Twinky as it is affectionately known had gained a huge fan base due to its rugged nature and adventuring spirit. If Honda could encapsulate this ethos in a new generation of Africa Twin then there was going to be a lot of riders battering on the door of their local Honda dealer asking to slap down a deposit.

Honda promised the new Africa Twin would contain the original’s ‘True Adventure’ spirit and despite the fact it arrived powered by a parallel twin motor rather than the classic’s V-twin, it certainly hit the mark. But more to the point this new bike took the Africa Twin in a fresh direction as its larger capacity motor, modern electronics and increased size opened the doors to far more than the old model was capable of. This is a modern adventure bike, but one that is targeted slightly more towards the world traveller than the urban commuter.

Unlike some rival adventure bikes, the Africa Twin feels like it has genuine off-road capability. As well as sitting quite tall on its suspension, the 998cc motor places it in an interesting middle ground between the heavy adventurers such as the GS and the middleweight ones such as the Triumph Tiger. This placement means that when the roads turn to gravel you have a bike whose weights isn’t overly intimidating, yet its motor has more than enough punch to drive through the rough stuff. And on the tarmac it doesn’t feel under-powered against its bigger-capacity rivals while being noticeably lighter to turn. Not only that, the Africa Twin even brings some unique technology to the class.

As well as the usual traction control and ABS, Honda offered the Africa Twin with its DCT gearbox, which was a feature that its rivals couldn’t match. Not to everyone’s tastes, it does make commuting far less effort and is actually fairly decent for off-road riding, once you get used to its odd feel. But will many Twinkys be taken off-road? In truth probably not, but that doesn’t stop it being a great commuter.

On the road the Africa Twin’s parallel twin motor has a strong mid-range that makes it ideal for slogging out the hard miles. While the seat is a bit firm (that’s the off-road heritage), the riding position is upright and comfortable, the screen reasonable and there are loads of luggage options should you require some extra storage.

Although far from irritation-free, the Africa Twin is a great looking adventure bike that is something a little bit different to the ubiquitous GS with a strong heritage behind it. And prices aren’t too bad either, especially when you compare them to a GS of a similar vintage. 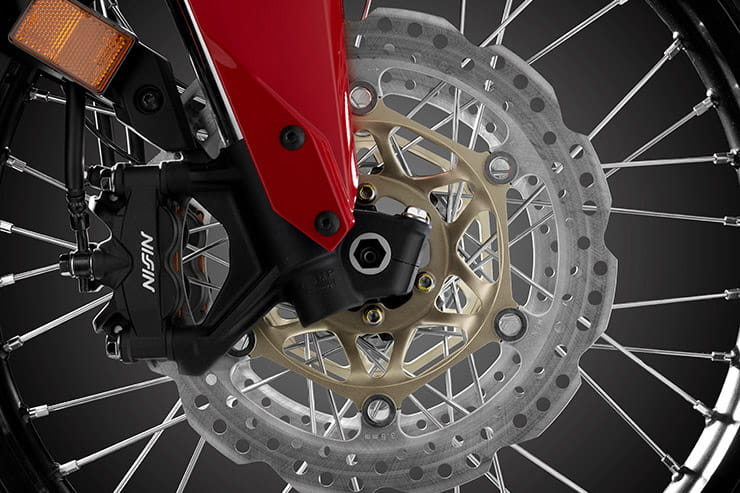 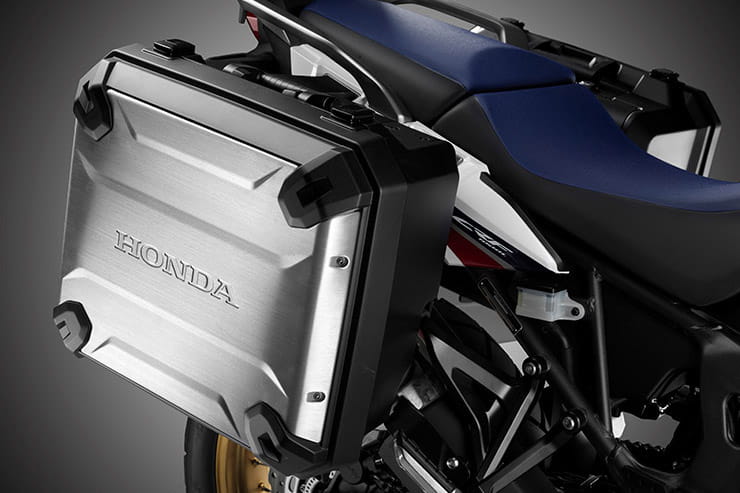 Having only appeared in 2016 the Africa Twin is a relatively new motorcycle, so in many ways it is a fairly safe used buy. However as with any introduction model there are always some teething issues and as a result buyers do need to be slightly wary.

The biggest issue that owners are encountering is due to the Twin’s spokes, which have a tendency to corrode quite badly. While not a major structural issue, tarnished spokes do detract from the bike’s visual appeal so always check them well and also inspect where the spoke meets the wheel rim as this area can trap water, exaggerating the effects of corrosion. Treating the spokes with anti-corrosion spray seems to ward off the worst of the corrosion, but it is still disappointing on a premium bike from Honda that you need to take such measures.

Alongside the spokes, another bugbear of Africa Twin owners is the switchgear, which appears somewhat fragile and prone to failure with sticking buttons also a common occurrence. Test every function and ensure the buttons feel nice and quick to respond and release as any sluggishness hints at a problem in the future.

There are a few threads on cold start issues with the Africa Twin, which doesn’t seem to have a direct culprit but it is worth ensuring the bike you are looking at buying is cold when you arrive and the owner hasn’t sneakily warmed it up to disguise the problem.

As with any off-road style bike check for damage due to drops (it has quite a tall seat height), but also get on your hands and knees and inspect the bike’s underside for impacts that may have dinged the bash plate. If the plate is hammered then you have to suspect the bike has been used off-road and that means suspension, bearings etc will have been subjected to hard use and may need replacing.

Finally, and this is a crucial one, always run an HPI check on the Africa Twin as Honda slashed prices in late 2017/early 2018 due to the arrival of the updated model and many were sold on finance.

With all these check complete you only need to worry if you want a ‘normal’ gearbox model or one with Honda’s flash DCT system and the level of accessories as it is always cheaper to buy a bike with panniers, top box etc already fitted than buying them afterwards and retro fitting. 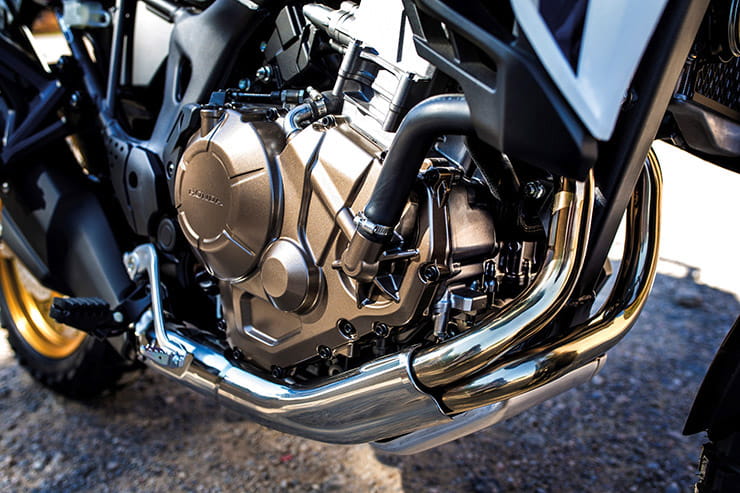 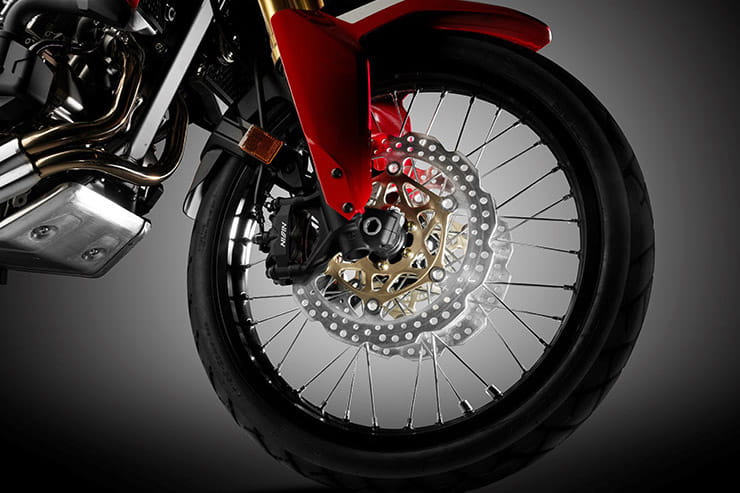 Alongside the standard Africa Twin, 2018 also saw the introduction of the Africa Twin Adventure Sports model, which included all the 2018 updates in a bike with longer travel suspension, a flatter seat with a more upright riding position, chunky pegs, heated grips, a taller screen and a larger 24.2-litre fuel tank. 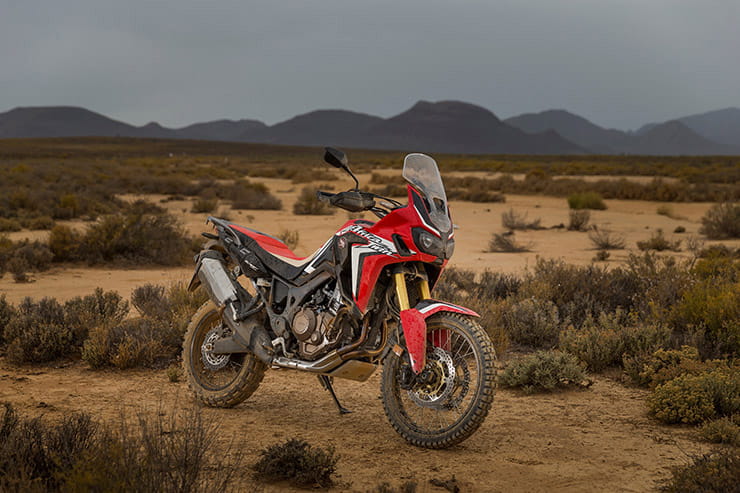 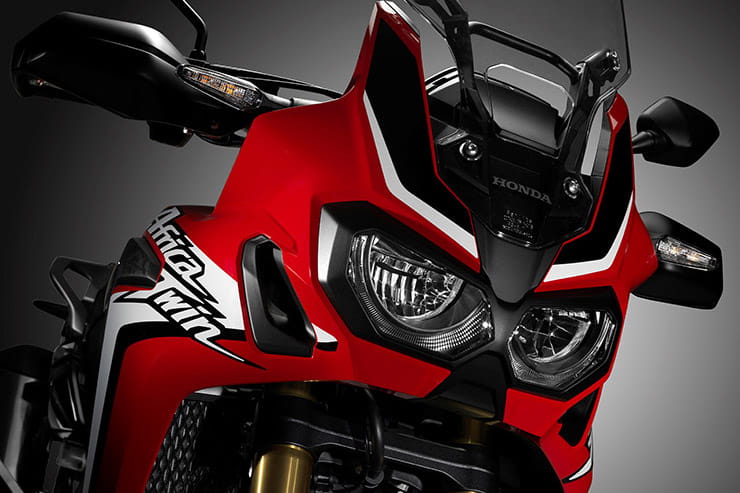 The Africa Twin has a lot of passionate owners and there are plenty of Facebook or forums to join, we have listed just a few below. You can also speak to the guys at the Honda Adventure Centre and book a spot on the course if you fancy taking a Twin out for a proper off-road test!