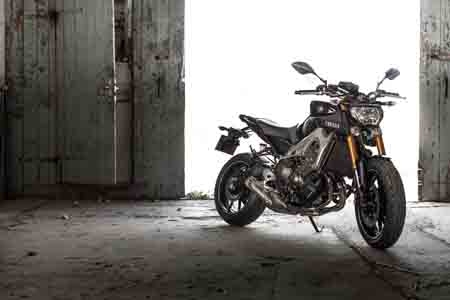 There are two questions that everyone wants to know about the new Yamaha MT-09. Is it better than the Street Triple and how much does it cost? So I might as well get these two out of the way to start with. Yes, in many ways it is better than the Triumph, and it costs £6,799 – which is £200 less than the Brit triple. Ok, now back to the bike itself. 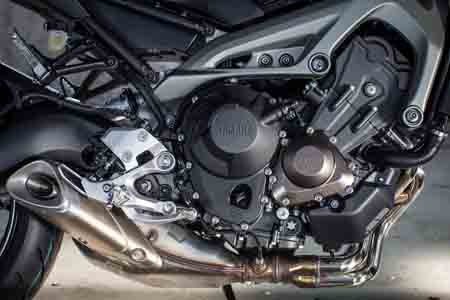 The MT-09 uses a brand new 847cc triple motor that produces a claimed 115bhp with 64ft.lb of torque. While Yamaha’s marketing brochures will speak of ‘cross-plane’ power, the truth of the matter is that with a 120-degree crank the engine naturally has an uneven firing order and is essentially the same configuration as any Triumph triple. So basically the MT-09 is a standard triple engine with an 847cc capacity, ride-by-wire technology and variable fuel modes. 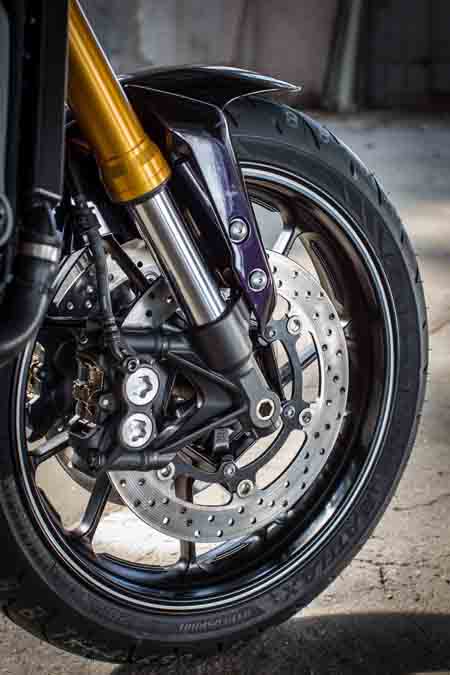 Housing this engine is a brand new die-cast chassis with suspension that has preload and rebound adjustment and flashy new wheels. So far so good, however it’s when you start to see the weight figures the MT-09 really impresses. Yamaha claim the bike weighs 171kg dry, 188kg wet, and has a potential lean angle of 51-degrees before the pegs scrape. That’s just 6kg more than the Triumph and the potential lean angle emphasises the sporty nature of the MT-09. 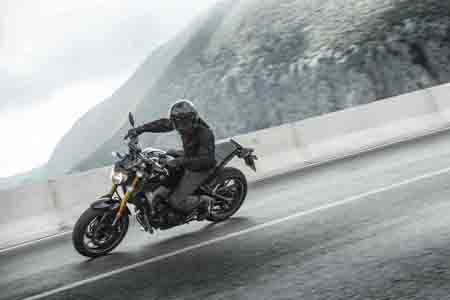 More power, comparable weight and a lower price tag, if the MT-09 is any good to ride Yamaha may have built a winner. Well guess what? The MT-09 is brilliant to ride. Not only is this the best Japanese bike I’ve ridden for ages, it’s the best bike I’ve ridden full stop. Where the Street Triple has that magic X-factor that makes it so much fun to ride, the MT-09 has this and even more. 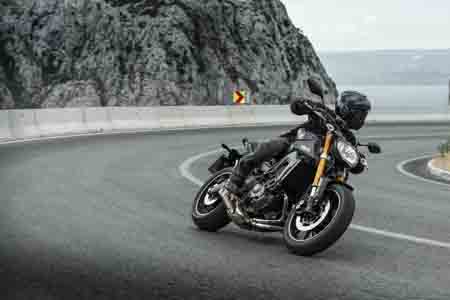 The triple engine is simply stunning. Like the Triumph it is stacked full of useable torque and seems to not only have grunt right through the rev range, but also a serious turn of speed. The initial throttle response isn’t quite as fluid as the Triumph (this can be eased by altering the mode to the more relaxed ‘B’ mode) but the engine is smoother and certainly more powerful without being intimidating. Yes it’s quick, but it isn’t in your face quick and the chassis more than backs up the engine’s performance. 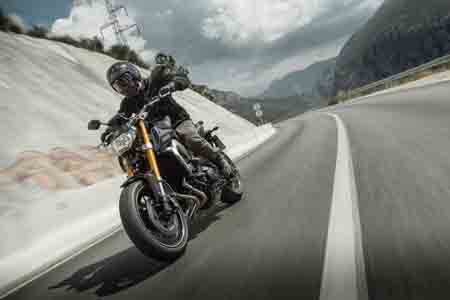 Like the Street Triple, the MT-09 is extremely effective in the bends. The chassis is agile, sporty and yet still very well balanced and user-friendly. The riding position is nicely relaxed with a low seat height and comfortable stance while the suspension is effective if possibly not quite as refined as the Triumph’s units. 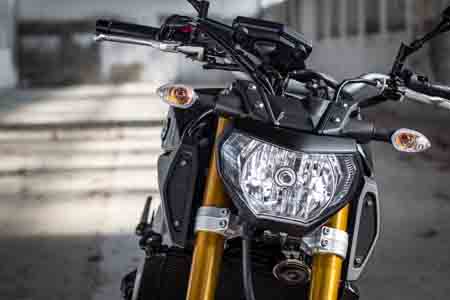 On the UK’s roads I’d say the Street Triple would be slightly faster through the corner, but it would be very close and the Yamaha’s extra power would see it be the fastest bike at the end of the day. When it comes to braking performance there is nothing in it, although I only tested the non-ABS Yamaha as the ABS version will be arriving slightly later in the year. 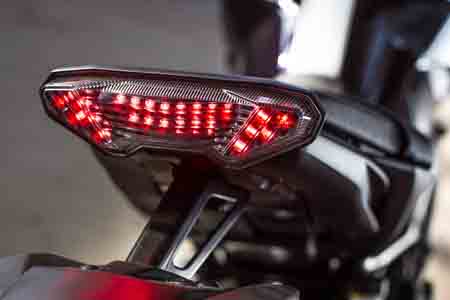 What’s the final verdict? The MT-09 lives up to its hype. This is easily the most exciting and thrilling bike to emerge from Japan in years. Yes the likes of the Blade, ZX-10R etc are faster, but the MT-09 has that magic something that makes you smile and thoroughly fall in love with its ride.

The last time I felt this way after a test ride was when I rode the original Street Triple back in 2007, and look what that bike has done when it comes to sales. With the MT-09 I reckon Yamaha are onto a winner, it’s a brilliant machine that is not only great value, but also superb fun to ride. Every Yamaha dealer will have a demo come the end of September, so why not pop along and try one out yourself? 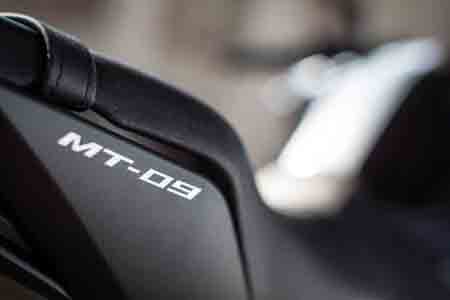 Compare Multi Bike Insurance policies with Bennetts. Or, to comment on this article or !