World Superbikes - Round 1 Summary and Round 2 TV Schedule 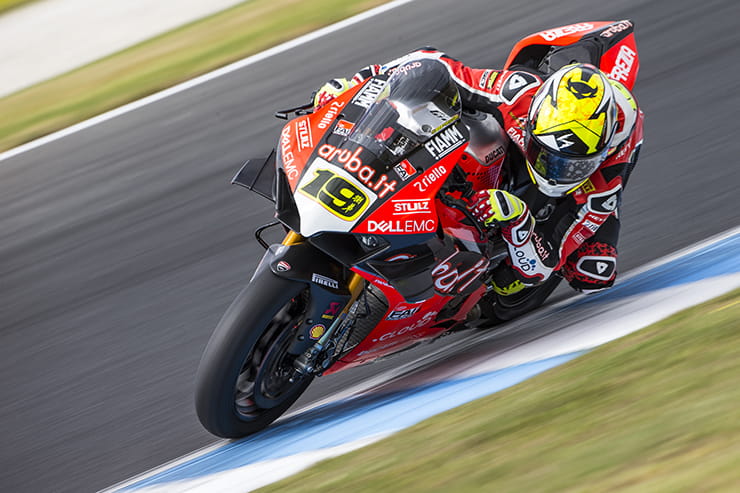 Spaniard Alvaro Bautista (Aruba.it Ducati) was talk of the town at Round 1 in Australia, when he set the paddock alight with three explosive wins at his World Superbike debut.

Starting third on the grid in the opening race, Bautista took the lead from Kawasaki's Jonathan Rea on the first lap. Team-mates Rea and Leon Haslam pushed hard in pursuit until a mistake saw Haslam take to the gravel and leave Rea to chase down Bautista.

Despite his hard work, Rea could only watch on as Bautista pulled nearly a second a lap on him, to finish the race over 14 seconds ahead - a record margin for a dry race. Rea took second, from GRT Yamaha's Marco Melandri with Britain's Alex Lowes (Pata Yamaha) taking an excellent fourth - just 0.05 seconds behind Melandri.

Bautista's dominance continued in the shorter 10-lap SuperPole race, winning again, but by a reduced margin of just 1.17 seconds over Rea, with Haslam taking third.  Lowes secured a repeat fourth ahead of his Pata Yamaha team-mate, Michael Van Der Mark.

Sunday's race saw Bautista complete his hat-trick of wins, taking victory by over 12 seconds from Rea in second and, just two-tenths behind, Haslam in third. The Pata Yamaha team-mates followed in fourth and fifth with Van Der Mark taking the spoils ahead of Lowes this time.

Bautista's incredible performance sees him lead the Championship table by 13 points from Rea, with Melandri and Lowes sharing third place, 19 points behind the Northern Irishman.

In the World Supersport race, the leading group was much closer with the lead being swapped six times, before Germany's Randy Krummenache (Yamaha) took over on Lap 10 to lead the pack home ahead of France's Jules Cluzel on the GMT94 Yamaha, in their debut race. Krummenache's team-mate, Caricasulo, took the final podium spot ahead of ex-MotoGP rider Hector Barbera. 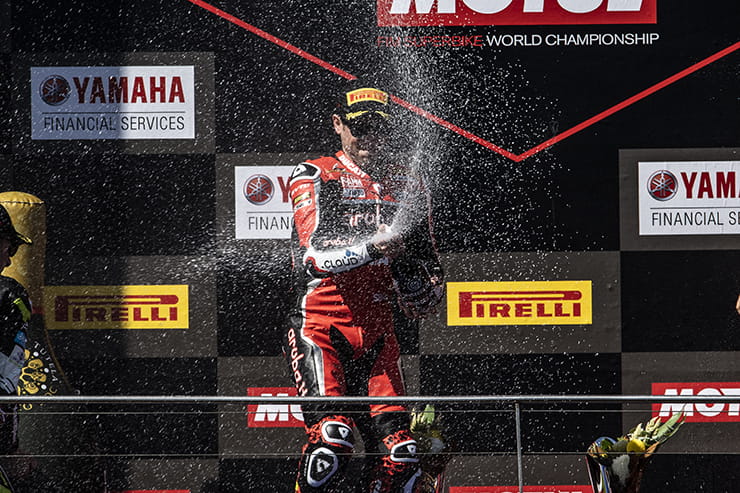 At the end of Round 1, here's how the tables look: 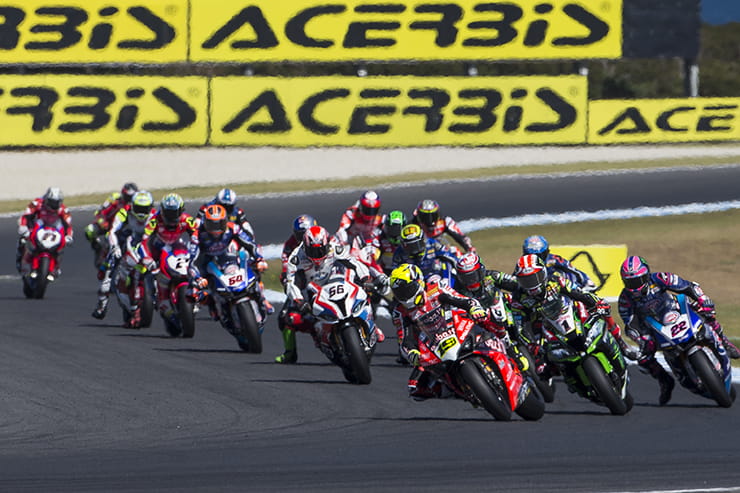 The season continues this weekend at the Chang International Circuit, Buriram in Thailand, where the WSBK field will be hoping to make inroads into Bautista's early lead.

This weeks TV coverage is split between Eurosport 2 for live action and Eurosport 1 showing highlights, as follows: