Hot on the heels of a controversial Barcelona GP, we're back to World Superbikes this weekend at Misano, Italy, a circuit where Kawasaki have a proven track record.

Can Jonathan Rea make the breakthough that he has been trying so hard for, or can Ducati's Alvaro Bautista pick himself up from a disappointing weekend, and further extend his lead at the top of the table? 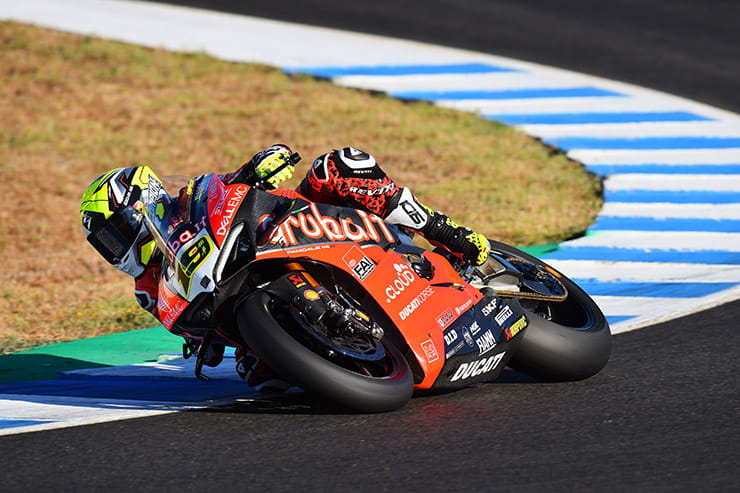 A quick reminder of what happened last time out, at Jerez…

The first race of the weekend saw business as usual for Ducati's Alvaro Bautista as he soon pulled a sizeable lead over Dutchman Michael Van Der Mark (Pata Yamaha).

While Bautista and Van Der Mark were out front, playing amongst themselves, Yamaha's Alex Lowes and Kawasaki's Jonathan Rea were embroiled in an epic battle for the remaining podium place, with Lowes keeping the upper hand despite numerous attempts to overtake by Rea. At the final corner, an all-or-nothing lunge by Rea saw him barge Lowes off the racing line and out of the race!

It was far from the finish that anyone wanted to see, including Rea who was despondent at his own actions and profusely apologetic. Race direction also deemed the move less than gentlemanly and docked Rea a finishing position. Scant consolation for Lowes, but a bonus for Yamaha's Marco Melandri, who was promoted to third.

The Superpole race saw a repeat performance of race one, with a win for Bautista, runner up for Van Der Mark and, this time, a hard fought and deserved third place for Marco Melandri. Rea could only manage fourth, nearly two seconds behind Melandri, while Lowes took another tumble into the Imola kitty-litter at turn 7 - no one else was involved this time.

Race two looked all set to be a carbon copy of the previous two races, until, after just two minutes of racing, Bautista hit the deck. With the Ducati rider out of the action, Yamaha's Michael Van Der Mark took the lead and the chequered flag after eighteen of the scheduled twenty laps, after a nasty off from Kiyonari brought out the red flags.

Two-thirds race distance being completed, the race was considered complete and Van Der Mark notched up his first win of the season.

Jonathan Rea took the runner-up step on the podium and was joined by co-Kawasaki rider and soon-to-be-Suzuka-8-hour-teammate, Toprak Razgatlioglu.

The Supersport class continues to provide some enthralling racing with a three-way battle of the Yamahas, between Italy's Federico Caricasulo, France's Jules Cluzel and Swiss rider Randy Krummenacher.

Despite his best attempts as the race progressed, Cluzel couldn't quite stay with the blistering pace of the two Bardahl Yamaha riders who were separated at the line by just nine-tenths of a second, with Caricasulo taking his second win of the season.

Despite his runners-up place, it's Krummenacher who still leads the championship, but now by only seventeen points.

Britain's Kyle Smith failed to finish after a turn 9 crash.

An extended schedule, due to the rain-cancelled race at Imola, saw two races for the 300s.

In race one, Spain's Marc Garcia (Kawasaki) was the surprise winner, having finished no higher than eleventh in previous races this season, in a race where just one second covered the top six finishers.

Dutchman Scott Deroue (Kawasaki) finished just five-hundredths of a second behind Garcia while 2018 Champion Ana Carrasco (Kawasaki) showed her class by finishing in third ahead of this year's championship leader Manuel Gonzalez (Kawasaki).

Race two saw Gonzalez return to the top of the podium ahead of Garcia and Carrasco, but only after a photo finish to decide the order with just one-tenth of a second covering the podium finishers.

Garcia's performance saw him rocket up to third in the championship table, but Gonzalez's win sees him stay at the top by a lead of thirty-two points. 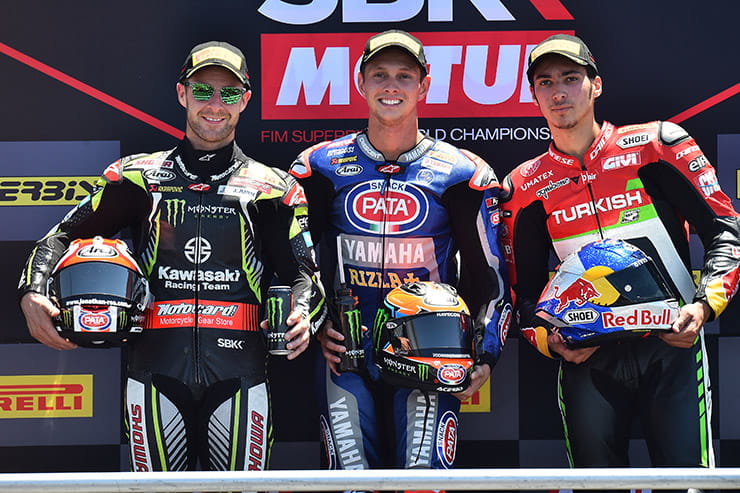 Here's how the championship tables stand after Round 6: 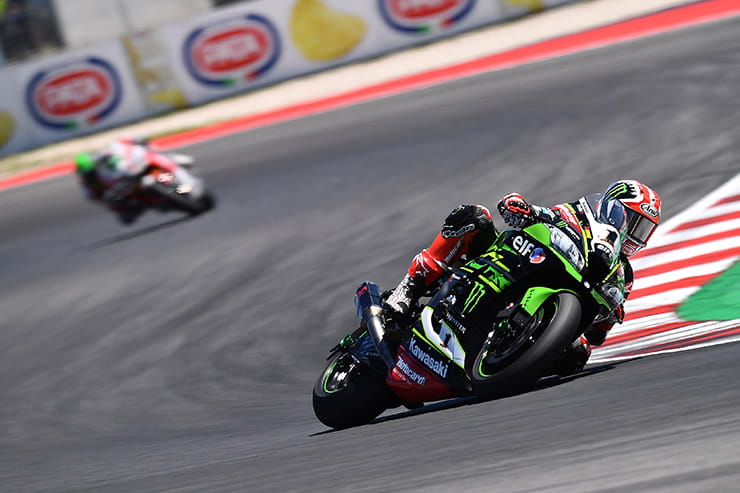 The season continues this weekend at the Pata Riviera di Rimini Round at the Misano World Circuit “Marco Simoncelli”, Italy.

TV coverage is split between Eurosport 2 for live action, and ITV4 for highlights, as follows: