World Superbikes Round 5 review and Round 6 schedule

If this week's Isle of Man TT hasn’t quite scratched your racing itch and has left you wanting more, there is World Superbikes this weekend with the Acerbis Spanish Round at the Circuito de Jerez - Angel Nieto in Adalusia, Spain. 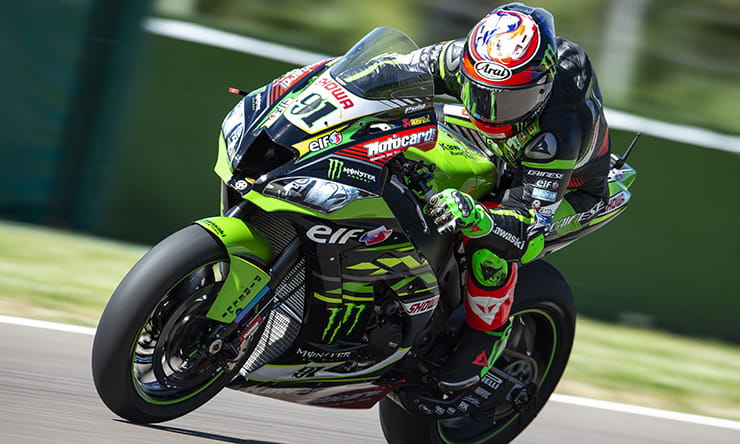 The weather once again brought havoc to the WSBK paddock last time out at Imola, with a forecast of heavy rain on Sunday. As predicted, the rains came, and, looking unlikely to clear, Superbike Race 2 and the Supersport 300 races were cancelled. The racing that we did see was as frantic and exciting as ever. Here's a quick recap of what happened:

Alvaro Bautista's record equalling run of wins had to come to an end eventually, and it was  Imola that saw Kawasaki's Jonathan Rea take his first win of the season to deny Bautista a record breaking 12 wins in a row. The Ducati rider had struggled all through free practice and had qualified in third, behind Rea in second and his Aruba.it team-mate Chaz Davies, who secured a brave pole.

Davies's joy soon turned to frustration though as the very first corner of the opening lap saw his Ducati stop with a technical issue. With Davies out of the picture, Rea had a clear track ahead of him and made hay while the sun shone, leading for all 19 laps and taking the chequered flag by over seven seconds from Bautista in second. Starting seventh from the grid, Turkish rider Toprak Razgatlioglu (Kawasaki) had the ride of his life, taking the final podium position.

The Superpole race saw some consolation for Britain's Chaz Davies giving him his first podium of the year taking second place behind Jonathan Rea, and ahead of his teammate Bautista.

Kawasaki rider, and 2018 Bennetts BSB Champion, Leon Haslam had a disappointing weekend, finishing in fifth in race one and sixth in the Superpole race.

Bennetts British Superbike rider Tommy Bridewell, filling in for the injured Eugene Laverty, finished in 12th and  11th respectively in the two races.

Swiss rider Randy Krummenacher (Yamaha), Frenchman Jules Cluzel (Yamaha) and Italian Federico Caricasulo (Yamaha) battled for the lead for the first half of the Supersport race before Cluzel dropped down the order, leaving Krummenacher and Caricasulo to lead the field. Krummenacher snatched the lead, and the win, on the final lap, winning by just over two tenths of a second. Italian Raffaele De Rosa took his MV Agusta over the line in third for their first podium of the season.

Due to the persistent rain on race day, the Supersport300 race was abandoned.

An additional race will therefore be held on Saturday this weekend at Jerez. 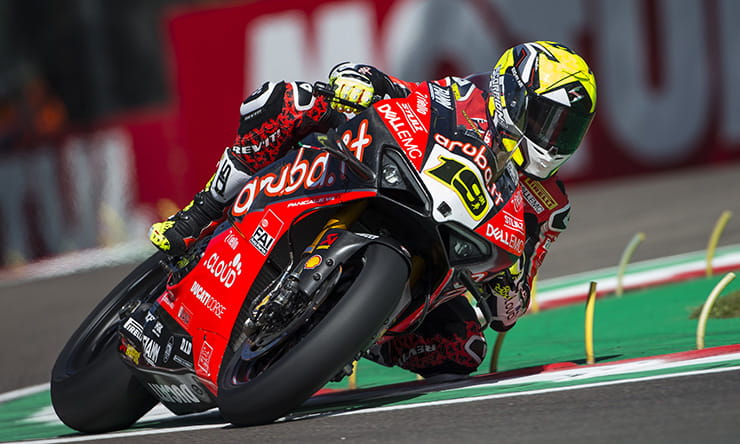 Here's how the Championship tables stand after Round 5: 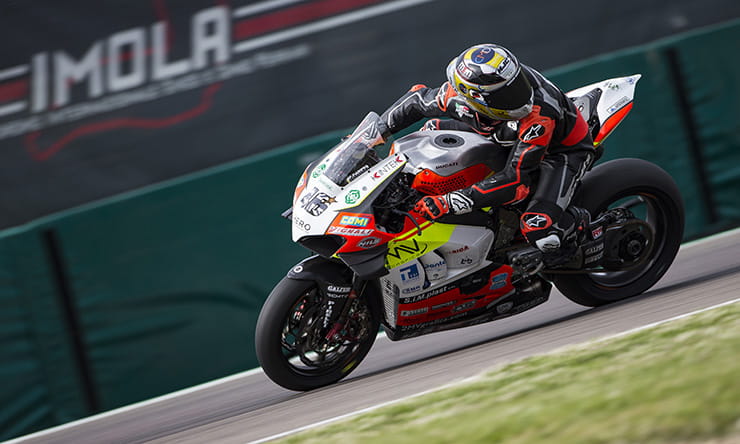 The season continues this weekend at the Circuito de Jerez - Angel Nieto.

TV coverage is split between Eurosport 2 for live action, and ITV for highlights, as follows: