World Superbikes Round 7 Review and Round 8 TV Schedule

The weekend of the 23rd June saw the World Superbike paddock travel to the Italian coastal resort of Misano Adriatico for the Pata Riviera di Rimini Round at the 4.23KM Misano World Circuit "Marco Simoncelli".

In case you missed the action, or just need a reminder, here's a brief rundown of what happened… 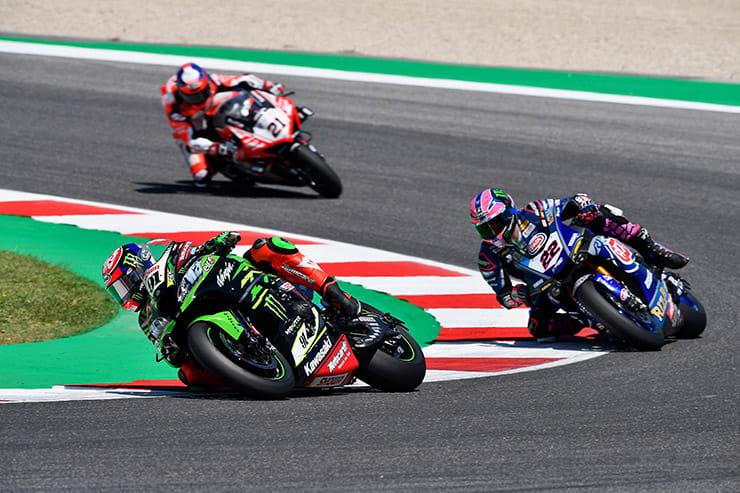 Despite some sketchy, weather influenced times during free practice, Britain's Jonathan Rea managed to compose himself for Superpole and secured pole position for race one, ahead of Pata Yamaha's Sandro Cortese and BMW rider Tom Sykes. Ducati's Alvaro Bautista could only manage fifth on the grid, behind Alex Lowes.

With the weather worsening by the minute, Race one was red flagged after just three laps, and the start delayed to allow the standing water to clear.

The restarted race saw Jonathan Rea take the lead on the first lap and hold an advantage over Alex Lowes, until lap seven, when Lowes took the upper hand. Lowes's advantage was short-lived though as just two laps later he crashed at Turn 12 and was unable to re-join the race. With a clear track ahead and a good three-second gap back to his nearest rival, Rea was able to keep his nose clean and chalk-up what was amazingly just his third win of the season. Tom Sykes gave BMW their best result of the season so far, in second, a clear second ahead of Ducati's Alvaro Bautista in third. Ex-MotoGP rider Loris Baz gave Ten Kate racing a dream first race by bringing his Yamaha home in fourth, ahead of Chaz Davies on the second Aruba.it Ducati. Kawasaki's Leon Haslam failed to finish after an off with just 6 laps to go.

In race two, Bautista's troubled returned after a second-lap low side saw him drop to dead last place. Despite some spirited riding, he could only manage to claw himself back up to 14th place and a single championship point at the chequered flag. Meanwhile, Kawasaki dominated the lead with Rea, Razgatlioglu and Haslam sharing the lead and taking one-two-three at the line.

With all three riders on the KRT factory endurance bike at the Suzuka-8H at the end of July, I wouldn't be averse to putting a few-bob on them for the win!

The Bardahl Evan Bros. Yamaha fight between teammates Krummenacher and Caricasulo picked up from their last outing, with the two riders swapping the lead four times during the race before Swiss rider Randy Krummenacher took the win by just eight-hundredths of a second from Federico Caricasulo. Puccetti Kawasaki's Lucas Mahias completed the podium, just one-tenth behind Caricasulo and two seconds ahead of GMT94 Yamaha's Jules Cluzel.

Despite qualifying third on the grid, 2018 World Champion Ana Carrasco showed that she can still deliver with a strong performance in the Supersport300 race, taking the win by just under a second from championship leader Manuel Gonzalez. BCD Yamaha's Andy Verdoïa recorded his best finish of the season so far to take the final podium place with only two seconds covering the top six riders. 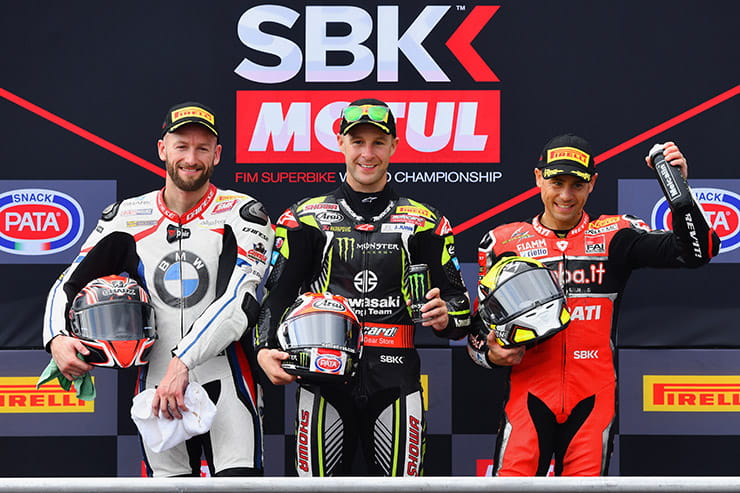 Here's how the Championship tables stand after seven rounds, with six to go: 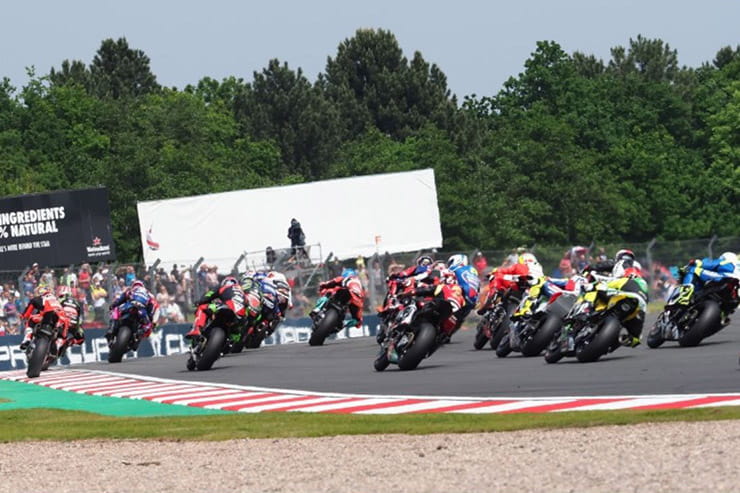 The season continues this weekend at the Prosecco DOC UK Round at Donington Park, Derby.

TV coverage is split between Eurosport 2 for live action, and ITV for highlights, as follows: