World Superbikes Round 2 Summary and Round 3 TV Schedule

It's World Superbikes again this coming weekend, but just in case you missed the last race in Thailand, here's what happened: 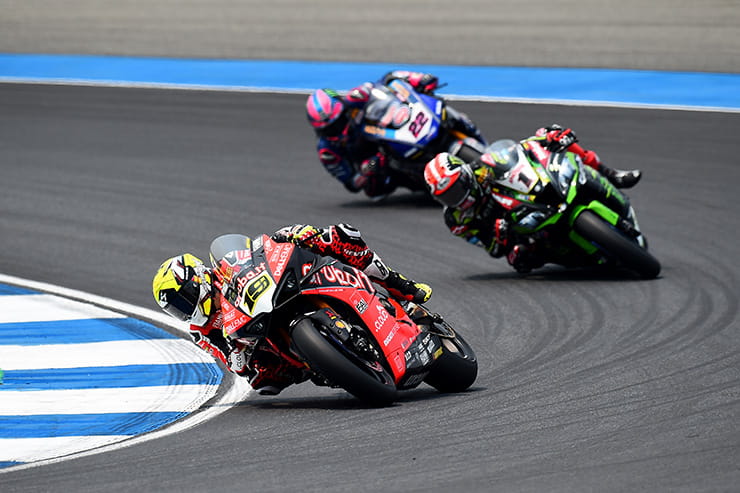 Bautista's advantage had appeared to run its course as Rea took an early lead in Race 1, but by lap nine, Bautista took the advantage and led for the remainder of the race - his final lead some 8.2 seconds. Alex Lowes continued his strong showing, finishing in third just half a second of his Pata Yamaha team-mate Michael Van Der Mark.

Bautista, Rea and Lowes picked up where they left off from Race 1 in the Superpole Race, before a nasty crash between Leon Camier and Thitipong Warokorn brought out the red flag and, having run more than two-thirds distance, the race was stopped and declared.

In the final race of the weekend, Bautista led from pole and soon pulled out a considerable lead, leaving Rea and Lowes to once again fight for the runners-up spot. At the chequered flag, Bautista's lead was in excess of ten seconds with Rea in second, 2.3s ahead of Lowes in third.

Bautista's success this puts the Spanish rider firmly in the history books, matching legends Troy Bayliss and Neil Hodgson in winning the first six out of the opening six races of the season.

The 600cc class continues to see close racing with the lead being shared between France's Jules Cluzel, on the GMT94 Yamaha, and Federico Caricasulo on the BARDAHL Evan Bros. Yamaha. Cluzel took advantage of his pole position to lead the race for the initial nine laps, before being overhauled by Caricasulo, who led for just one lap, before Cluzel retook the lead and the race win.

Round one winner and Caricasulo's team-mate, Randy Krummenacher, had been making good progress after a disastrous start saw him drop from 2nd to 8th. A final push saw him make up three places in the final six laps to take the chequered flag in second, half a second ahead of Caricasulo in third. 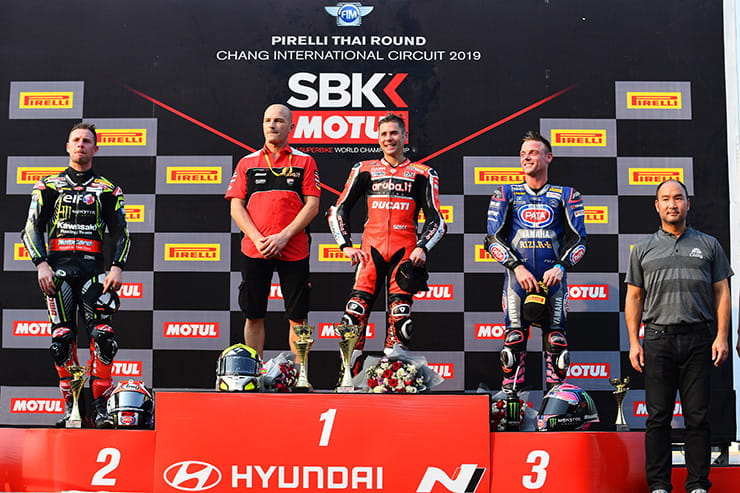 After round 2, here's how the tables stand: 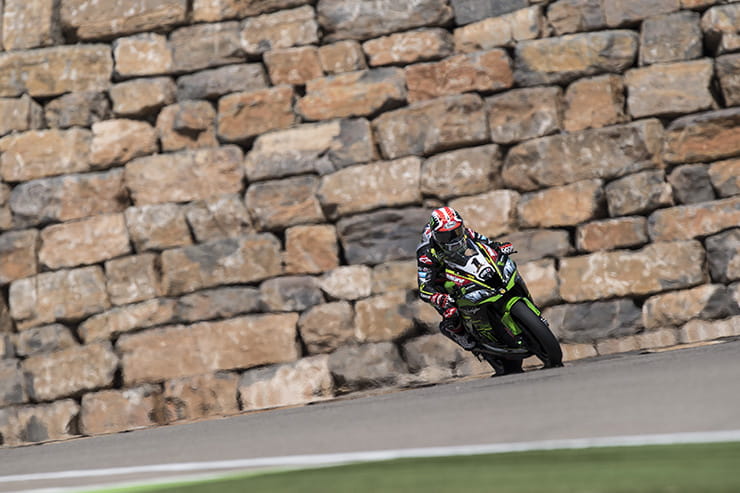 The season continues this weekend at the Motocard Aragon Round at MotorLand Aragon, Terul, Spain, where Bautista is hoping to continue his dominance.

This weekend's TV coverage is again split between Eurosport 2 for live action, and Eurosport 1 for highlights, as follows: